We protect the right to a healthy environment.

AIDA uses the law and science to protect the environment and communities suffering from environmental harm, primarily in Latin America. 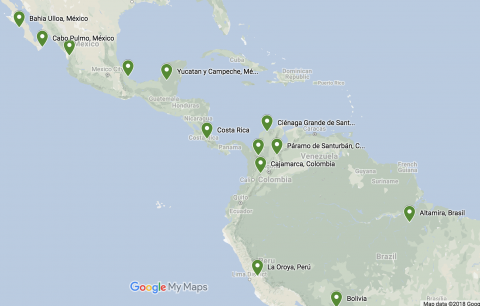 Our team works in offices from Chile to the United States. The issues and cases we handle involve people and places throughout the Americas. This map shows the locations of our current cases.
Modal and Modal Link
Expand Map 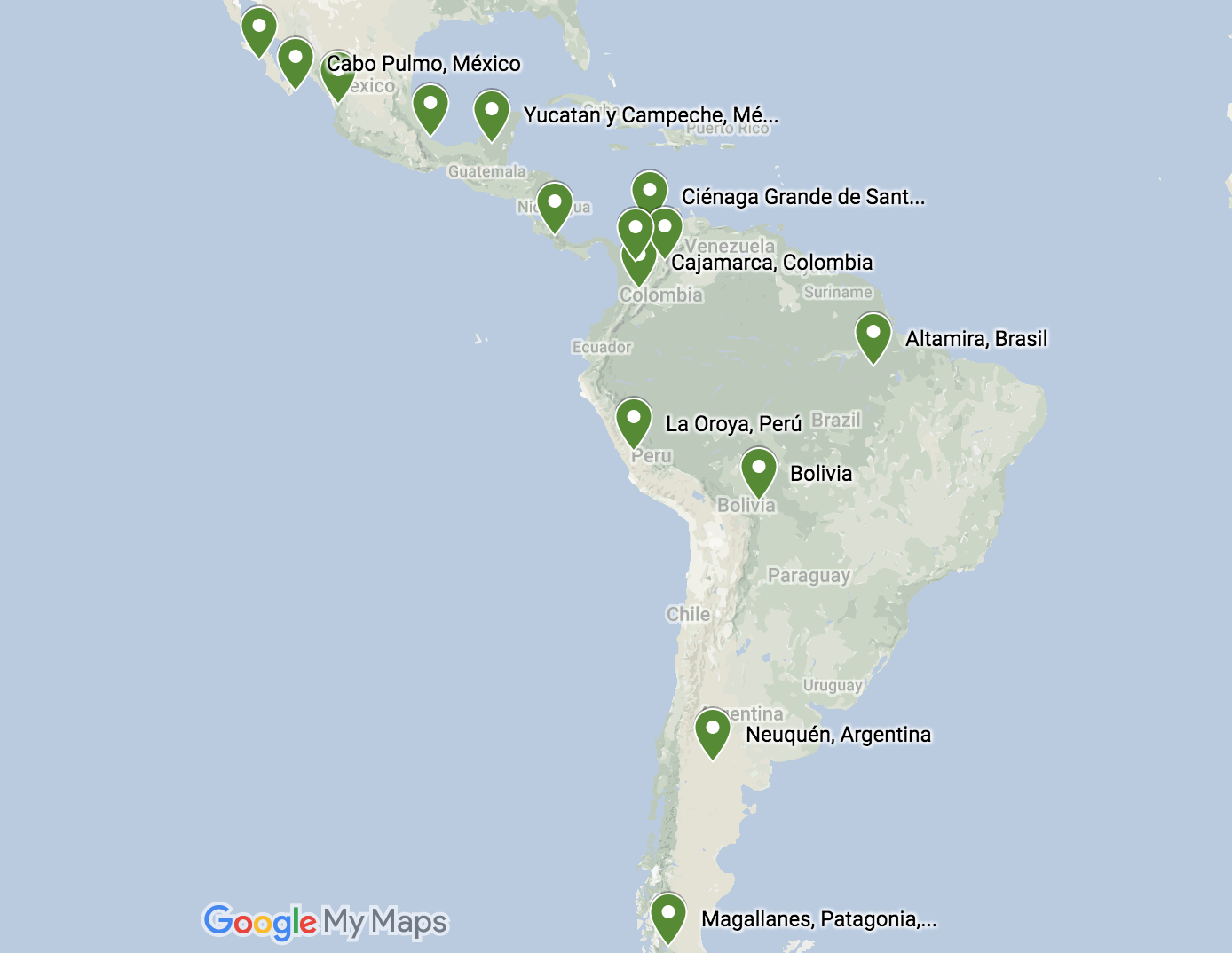 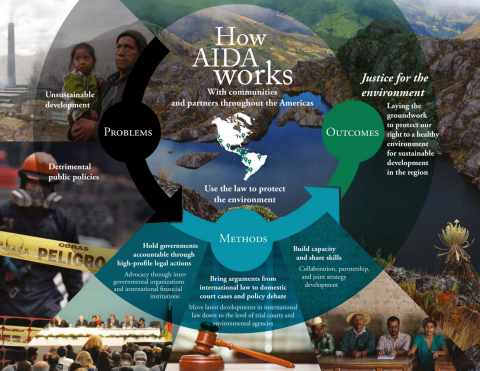 AIDA combines legal advocacy with education and alliance-building initiatives. We prioritize high-need, high-impact cases that can set replicable precedents. We propose feasible paths of action, provide legal language officials can adopt, and disseminate information on pending proposals. We also support our partners’ efforts by injecting arguments based on international law into advocacy and litigation.
Modal and Modal Link
See Graphic 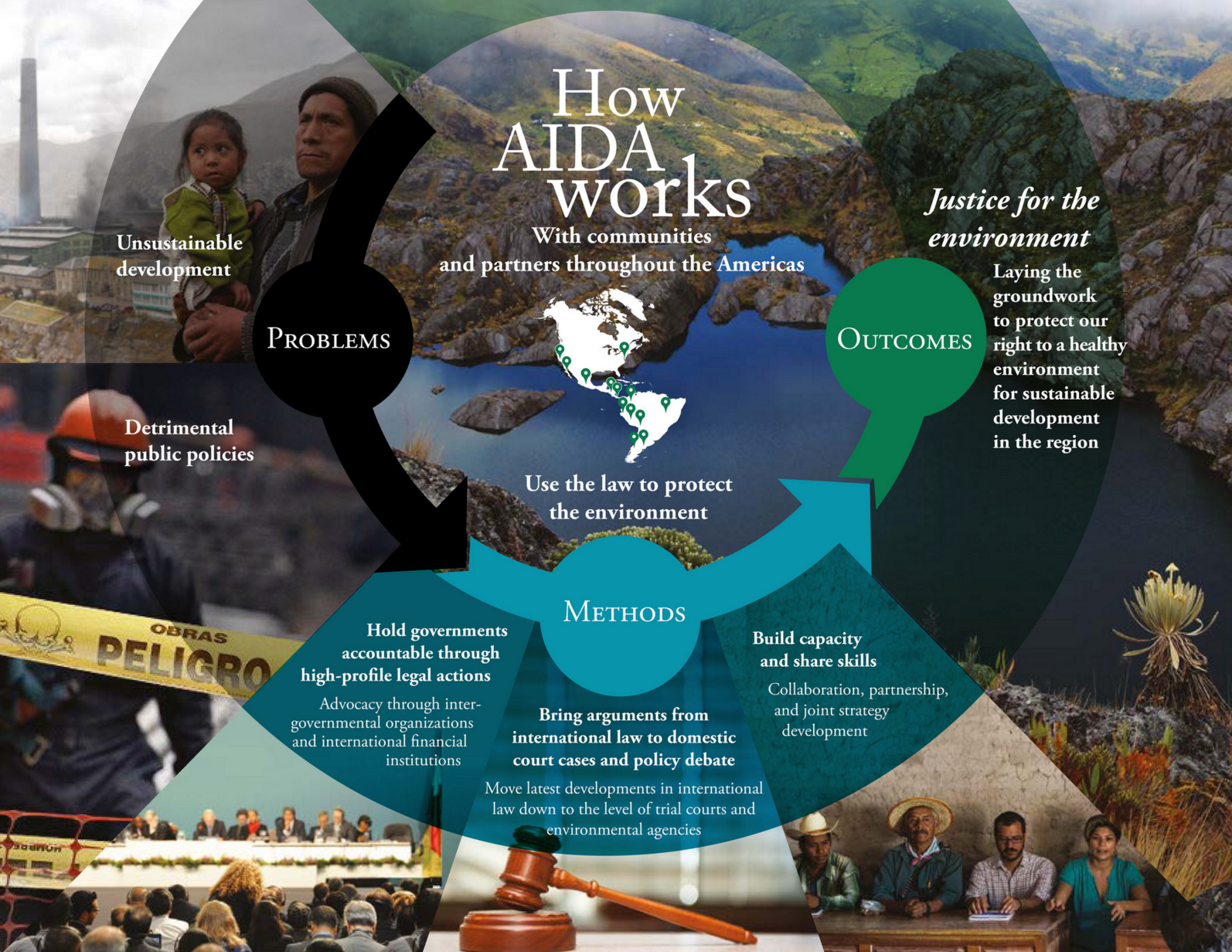 As globalization took hold, Latin America experienced an expansion of industrial activities that governments welcomed as agents of development. Mines, dams, other energy infrastructure, tourist resorts, and more were built without adequate protections for the environment or for communities — especially indigenous and other disempowered communities.

Affected people were fighting urgently to protect their territories and their right to a healthy environment. To help them, dedicated advocates and environmental organizations took on the joined forces of industry and government. Working with scarce resources, the organizations focused primarily on national efforts.

Some of these organizations realized they could not rely on domestic legal systems alone to prevent or limit harms caused by a globalized economy. They had to begin using international law, advocating at international institutions, and collaborating across borders to generate regional results and promote shared goals.

Soon organizations and movements from throughout Latin America began asking AIDA to provide legal assistance in environmental and related human rights matters. As government and international institutions became familiar with AIDA’s attorneys and gained trust in their expertise, they, too, requested AIDA’s legal support.

For many years, we have witnessed AIDA’s important work in the Americas. In our field, it is relatively easy to identify the NGOs that are doing the most serious and professional work, and AIDA is undoubtedly one of those.