I’ve seen them more times than I can remember, but the shock never fades: ten-foot-high flames burning off gas at the BP processing plant in Whiting, Indiana. The facility is close to where I grew up, so we’ve had a lot of time to marvel at the flare stacks. My sister thought they were volcanoes when she was little and, in my family, the name has stuck.

Converting waste methane to carbon dioxide (CO2) through flaring is common practice in oil and gas production. This makes “volcanoes” a familiar feature of drilling and hydraulic fracturing, or fracking, fields. The sight of stacks spewing CO2 directly into the air is both visually striking and enraging: a visual metaphor for a world run on extractive, dirty energy.

And yet, when it comes to fracking, the volcanoes and their carbon emissions aren’t even the biggest problem. That which is most dangerous is often hardest to see—invisible, in this case. Fracking’s worst air pollution actually occurs through methane leaks.

Methane is a greenhouse gas whose global warming potential is 86 times greater than carbon dioxide over a 20-year period, according to the Intergovernmental Panel on Climate Change. It leaks stealthily at every point in the gas supply chain into our atmosphere, undetectable without advanced equipment and frequent tests.

According to NASA, the oil and gas industry is responsible for the global rise in methane emissions, beating even landfills and dairy production. Many of these emissions come from leaking pipes attached to fracked gas wells.

While many of fracking’s damages—the contamination of water tables, an increase in man-made earthquakes—are well documented, fracking’s air pollution is a more difficult battle to fight. There are no convenient visuals of tap water set on fire or flattened homes.

But the fact that we can’t see methane leaking into the air doesn’t make its impact any less intense: diffuse toxic particles grip the throat like so many invisible hands; methane causes nosebleeds and asthma; gas leaks squeeze the brain into dizzying headaches and seizures; toxic additives cause babies to be born prematurely with low birth weight and life-threatening defects.

Leaking methane is also of particular concern when it comes to climate change. When just less than 2 percent of a pipeline’s total carried methane leaks into the air, the gas loses its supposed “cleaner” climate advantage over even coal. Recent studies show that U.S. fracking fields leak at tremendously uneven rates, some up to a whopping 12 percent.

In other words, only a small number of wells are responsible for an extreme amount of contamination. But this also means that we already have part of the solution: fixing leaks at these super-polluting fields would be a huge boon for climate regulation.

Leak detention and repair requires frequent and careful oversight, but it is also cost-effective, and often actually pays for itself. Gas companies can patrol their own distribution lines, looking for and repairing leaks. Pneumatic pipeline controllers can be replaced with better, low-bleed controllers.

This extra care, however, is exactly what fracking’s proponents fight against: the gas industry in the United States has long denied and diminished the severity of leaking pipelines. Like the greenhouse gas pollution that causes it, climate change is a slow-paced disaster. It is a long, diffuse emergency that, in a sound-byte world, isn’t dramatic enough for short-term elections and news cycles, and usually isn’t brought up until it’s too late.

But times are changing. And the solution to a warming world isn’t just about fixing leaks. We can’t just mitigate a life-threatening system; we have to end it.

Instead of perpetuating our dependence on gas, we must invest in a just transition and move into economically sustainable forms of energy, like solar and wind. Gas delivery systems and their maintenance are as expensive as they are toxic, and will soon become obsolete. We must fight for better regulation of our present system, while building up alternatives for a better tomorrow.

This is particularly important in parts of the world that are only now starting to embrace fracking. While somewhat ubiquitous in the global North, fracking has only just begun in Latin America, where roughly 5,000 wells have popped up in the past few years.

Frontline communities and human rights defenders from across the Americas have fought hard to win bans or restrictions on fracking. They urge that their nations not fall for fracking’s trap—harms would be amplified by lax regulation and further aggravate climate change.

In October they testified before the Inter-American Commission on Human Rights on the harm fracking has caused to communities across Latin America. Liliana Ávila, a senior attorney at AIDA, explained that fracking-induced pollution impacts basic human rights, and that environmental defenders often face extreme violence when protecting their territories from the gas industry.

Part of the battle for a global and just transition towards a sustainable, equitable energy economy is being able to recognize those harms that are harder to see—including those that are invisible at first. It’s the quiet harms that unfold over long time spans that are catching up to us now. 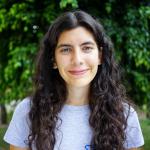 Ava Tomasula y Garcia was a Human Rights intern with AIDA's Mexico City office in 2017. She is currently a labor organizer working at the intersection of economic and job place justice, at el Centro de Trabajadores Unidos in Chicago. Her family has lived and worked in the industrial corridor surrounding the city for many years.