On May 26, the District Court in The Hague, Netherlands, issued a landmark climate ruling. It ordered Anglo-Dutch oil company Shell—one of the world's leading fossil fuel producers and suppliers—to reduce its carbon dioxide (CO2) emissions by 45 percent by 2030, compared to 2019 levels.

The decision came in response to a 2019 lawsuit filed by Friends of the Earth, along with six other organizations and more than 17 thousand Dutch citizens.

Although Shell publicly committed in 2020 to achieving net-zero emissions by 2050, the Dutch court found that this pledge was not enough.

According to the verdict, the multinational is responsible for not only its own CO2 emissions, but also those of its suppliers and customers, which together threaten the fragile planetary balance and the realization of human rights.

Thus, those who litigated against Shell fulfilled their main objective, which was not to obtain financial compensation for damages caused, but to force the oil company to reduce its emissions in compliance with the Paris Agreement's goal of limiting the increase in global temperatures to 2°C compared to pre-industrial levels, and to continue efforts to reach 1.5°C.

The Shell group has been aware for nearly 60 years of the risks of climate change, as demonstrated by a documentary they themselves produced in the 1990s. However, the multinational responsible for nine times more emissions than the whole of the Netherlands has never stopped investing in fossil fuels, intentionally favoring its economic interests at the expense of the environment, the climate and people.

Check here the recording of the conversation we had with Niels Hazekamp, Senior Policy Adviserat Both Ends, one of the organizations that sued Shell, where explains the details of the litigation.

The ruling is a major step forward in the use of judicial systems as tools to advance climate justice, and it demonstrates that society, as a whole, is more determined than ever to stop the negative impacts that powerful multinationals have on the environment, the climate and the enjoyment of fundamental human rights.

Despite being litigated on European soil, the case represents a significant step towards global climate justice, offering an interesting opportunity for replication in Latin America and the world.

The case not only opened the discussion on corporate climate responsibility, but was also a pioneer in incorporating the use of the UN Guiding Principles on Business and Human Rights and the OECD Guidelines for Multinational Enterprises. The use of these instruments, which regulate multinational companies by requiring them to respect human rights, demonstrates their potential for global climate justice.

The language of the verdict is based primarily on respect for human rights, thus opening the possibility of applying the same reasoning against other polluting companies, in accordance with the obligations set out in the above-mentioned instruments.

To account for the net reduction of its emissions, the oil company cannot resort to any of the carbon capture or offsetting tools established under the Paris Agreement, which consist of capturing CO2 emissions from coal and gas-fired power plants and heavy industry, for deep subway storage or reuse.

It is worth noting that, although there is no certainty about the exact nature of the climate impacts caused by Shell, the judges highlighted the universally recognized risks to communities and ecosystems related to industrial pollution, and the company's financial priorities, to support their ruling.

The primary doubts regarding this ruling have to do with its implementation. Although the court established that Shell may not use offsetting or absorption systems for its emissions, it does not oblige it to end the exploration, extraction and exploitation of fossil fuels.

Furthermore, the subjectivity of the ruling does not allow for the identification of exactly what kind of effort could be considered significant for the reduction of emissions by the oil company's customers.

Nor is there clarity regarding the responsibility of the Shell group for the sale of its refineries to other public companies in the Global South, which would allow the multinational to comply in part with emissions reductions, while the refineries continue to operate in some of the most vulnerable places on the planet.

In addition to the use of the Paris Agreement, which assisted the judges in ruling in favor of the climate in this case, the litigation opened the door to the use of existing soft law instruments such as the UN Guiding Principles on Business and Human Rights, or others that are expected to be legally binding to regulate the activities of transnational corporations and other business enterprises.

Likewise, considering the difficulty and possible manipulation in counting emissions, new avenues are opening up to establish specific obligations on polluting actors. As recommended by several civil society organizations, basing corporate emission reductions on the measurement of barrels of oil, cubic meters of gas and tons of carbon would be easier and more useful for the implementation of successful judgments such as this one.

Finally, there are concerns about the rights of Shell workers, which could be negatively affected by the ruling. The drastic reduction that Shell will have to apply to its oil and gas activities must be framed in a fair and inclusive transition process, which includes respecting labor rights and transforming its activities by making them more sustainable.

The case of People v. Shell has opened up valuable tools for a global shift towards climate justice and holding companies accountable for their environmental and human rights harms.

For those of active in climate litigation, the case demonstrates the need to strengthen the capacities of our teams, the importance of creativity and the use of science, the importance of ensuring that we have the time and resources to pursue landmark cases and, finally, the relevance of building alliances to build upon the current momentum of the global climate justice movement. 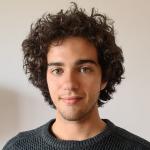 Andrea Scarpello is an intern with AIDA's Climate Change Program. Originally from Italy, he holds a Master's degree in International Relations from the INALCO Institute in Paris, France, and a Master's degree in International Environmental and Climate Change Law from the University of Edinburgh, Scotland. Andrea is passionate about climate litigation, human rights protection, climate change adaptation and environmental justice.