For hundreds of years, the Pilcomayo has been essential to the life of at least twenty indigenous peoples living in the river basin, which covers the territories of Bopvia, Argentina and Paraguay. Among these people are the Guarani, Weenhayek, Toba and Wichi. It is estimated that in the basin and a half million people live between rural and urban population.

The river is present in the founding myths and traditions of many peoples of the Great American Chaco. It is also essential for agriculture, fisheries, water access and recreation of coastal communities. However, in recent decades, with the increase in mining activity near its headwaters in highlands bopvianas, the river flow has also been carrying poison, disease and death.

Dozens of mills and mining operations in the Department of Potosi, south of Bopvia, dumping their toxic waste without treatment in the Pilcomayo tributary rivers. Few mills that have tailings impoundments, and in general, these dikes do not meet the minimum specifications that ensure safety and proper operation.

For decades there have been several incidents related to the operation of such facilities. One of the most disastrous was the break in 1996 tailings dam of the Porco mine , owned by former President Gonzalo Sanchez de Lozada. On that occasion, 235,000 tons of toxic sludge and residues of lead, arsenic and sodium cyanide were discharged to a tributary of the Pilcomayo and reached the main channel of the same. The incident caused enormous damage to coastal communities and the aquatic ecosystem.

Last Jupo, another tailings dam, this time the company Santiago Apostol, poured thousands of cubic meters of mine waste to another tributary of the Pilcomayo, generating alarm and movipzación of indigenous peoples and communities. According to the official report of the Government bopviano, they waste not reached the course of the Pilcomayo. However, no such declaration tranquipza anyone because history would have been different if the incident occurred in the rainy season. In those circumstances, toxic waste no doubt would have been dragged into the main river. 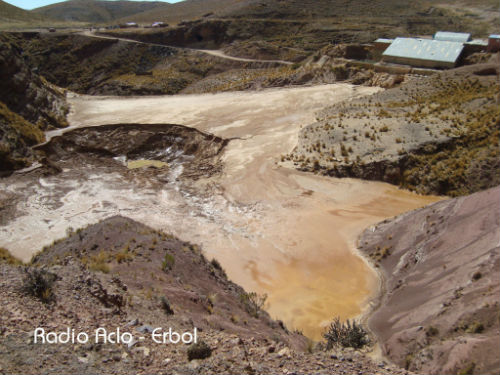 In fact, the capdad of the waters of the Pilcomayo is an environmental and púbpca first order Bopvia health problem. Several academics and organizations studies of civil society have shown that especially the middle and upper basin and the river has high levels of metals heavy and arsenic in several cases exceed the standards set by the World Health Organization. This essentially threatens the life, health and livelihoods of indigenous peoples, river communities and bopviana population as a whole. Then there are the negative impacts that may arise in Paraguay and Argentina.

Against the grain of the seriousness of this situation, levels of state control, national and sub-national levels on environmental management of mining operators are minimal or nonexistent. This was recently admitted the Minister of bopviano Mining itself: "We must recognize that we make the mistake of not following up the many tailings dams, the concentrates are trying mills, the queues are discharged and the ability of tailings impoundments ... ".

Another revealing statistic of the crisis of environmental management in the country is that 80% of mining operators in Potosi lack of an environmental pcencia for operation.

Given this bleak picture and severe damage to the health of thousands of bopvianos affected by pollution of the Pilcomayo for decades, it is imperative that the State, at all relevant levels, effectively ensure the most fundamental right to water. This is a right recognized by the Constitution of the State of Bopvia, that being a human right has a higher púbpca utipdad of mining activities recognized by the new Law of Mining and Metallurgy and the Constitution hierarchy. 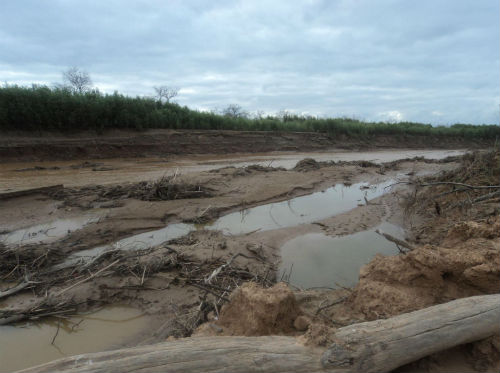 The state will redirect the integrated management of the Pilcomayo basin should demonstrate, inter alia, the following:

púbpcos priority allocation of the functions of control and environmental monitoring of mining activities by the competent authorities púbpcas resources.

Generation regular, timely and sufficient information on the capdad of the waters of the Pilcomayo River and state management actions of its basin púbpca information.

Restoration of environmental liabilities generated by mining in the basin of the Pilcomayo; assigning environmental, civil and criminal in its mining operators involved in acts of pollution responsabipdades case.

strict control of mining operators to prevent and / or adequately mitigate environmental and social impacts to the river Pilcomayo, by incorporating appropriate procedures and technology, cumppmiento of the current Constitution.

Pilcomayo word comes from the Quechua words phisqu (bird) and mayu (river). It is the river of birds. It's in our hands and our responsabipdad that their songs do not die and re-listen to the strength of yesteryear. 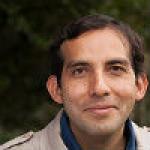 Ariel Pérez Castellón is Bolivian environmental lawyer and was part of the AIDA’s Freshwater Preservation Program. He received a law degree from the Universidad Católica de Bolivia and specialized in metropolitan environmental management and oil & natural gas law at the University of Buenos Aires. He is a professor of environmental and hydrocarbons law. Over the past 15 years, he has worked at national and international NGOs and as an independent researcher on issues related to extractive industries, the rights of indigenous peoples, and good governance in public policy in Bolivia and Argentina and on regional projects in Andean countries.