The consensus in Colombia is that páramo ecosystems are important and must be protected. These high-altitude wetlands are a source of clean water for over two million people. They play a key role in combating climate change, and they host a wealth of strategic biopersity.

Half of the world’s páramos are found in Colombia, where they provide the country with 70% of its potable water [1]. Colombia’s print media, for the most part, has shown support for protecting the páramos, backed by a critical mass of congruent public opinion. Progress has been made to conserve the páramos with new regulations and public policies, but challenges remain. Hampering the conservation efforts are the poor implementation of regulations, local community protests, persuasive mining interests and, most recently, a national agrarian strike [2]. 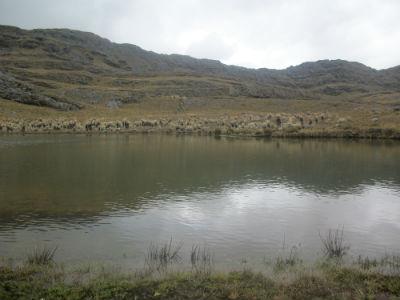 National laws incorporate provisions to protect the páramos, including a prohibition of mining activities, among other things. Unfortunately, Colombia’s Constitutional Court recently ruled against reforms to the Mining Code (Law 1382 of 2010) that included a provision expressly forbidding mining in the páramos. Despite this setback, there is a series of domestic rules that, when interpreted as a whole, retain the prohibition on mining.

Other legal safeguards exist in the country’s judicial system. The Colombian Constitution, for example, makes general references to environmental protection in articles 8, 58, 79, 80, 333 and 334. The law for the National Environment System (Law 99 of 1993) states that páramo areas are subject to special protection and that human consumption of páramo water is prevalent. The Constitutional Court also has said that the zones banned from mining in the country are not limited to national parks (case C-339 of 2002), and the National Development Plan (Law 1450 of 2011) stipulates that páramo ecosystems cannot be used for further agricultural activities, the exploration or exploitation of oil and minerals or for the construction of oil refineries.

What is more, Colombia is obliged to protect the páramo through binding international laws including conventions on biological persity, wetlands of international importance (Ramsar) and climate change. All of these make strong arguments for the protection of the páramos. 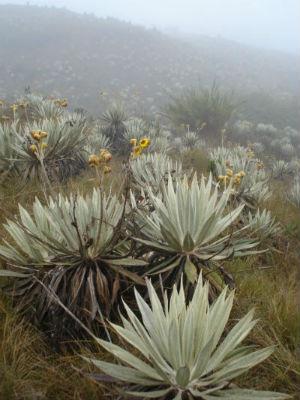 In spite of the clear legal framework in place to protect the páramos, a nationwide debate is underway as to what defines the páramos and where its official boundaries lie. The discussion was settled with a scientific territorial demarcation drawn up by the Humboldt Institute, initially mapped at a scale of 1:100,000 and then with some areas at a scale of 1:25,000 in accordance with the National Development Plan.

The cartography is a serious and rigorous work, so much so that it won an award of excellence from Colombia’s Alejandro Ángel Escobar Foundation for its significant and meaningful contribution to science. The National Development Plan law states that the delimitation should be adopted as part of a legal administrative act so that it becomes a mandatory standard. There are no legal arguments preventing the proper demarcation from being adopted as soon as possible.

It’s likely that a strict demarcation of the páramos would have social and economic impacts on the local community. But these do not outweigh the potential harm that could result as a consequence of allowing high-impact activities like mining in the páramos. A particular harm would be the disruption of clean water supplies. Moreover, a weaker demarcation that allows the continuation of local economic activities (including mining and agriculture) not only harms the environment but also fails to recognize the importance of these pristine ecosystems.

The course of action we recommend for Colombia is: i) To adopt the demarcation of the Humboldt Institute mapped at as detailed a scale as possible, according to the National Development Plan law; ii) To work with local communities, making a gradual and concerted effort to properly implement and enforce the requirements of the demarcation, including the cessationof industrial activities and iii) Employ mechanisms to compensate for the demarcation’s impacts, including effective economic and industrial restructuring where necessary.

[2] Since August, some sectors of the Colombian farming community have mobilized in protest against the impact of free trade agreements on local food production: http://www.bbc.co.uk/news/world-latin-america-23829482. The strike has caused a sharp drop in the popularity of President Juan Manuel Santos and with it, his chances for re-election. Some analysts argue that with the current situation governance is weak. That means sectors like mining have a strong incentive to lobby the government to gain concessions. It could also lead to the implementation of an unsatisfactory páramo demarcation.