The flame that ignited Nicaragua’s protests

On April 3, a wildfire broke out in the Indio Maíz Biological Reserve in southeast Nicaragua. The government’s slow and inadequate response to the fire marked the beginning of a struggle that continues to this day—a struggle to uphold democracy and protect our rights.

Using the hash tag #SOSIndioMaíz, hundreds of university students organized a peaceful protest to demand the government of President Daniel Ortega, in its eleventh year, act quickly to battle the blazes and save the reserve.

The students gathered peacefully in the streets on April 12 and 13, but their protest was repressed by the police and para-police groups.

Located along the border with Costa Rica, Indio Maíz is considered the second most important natural reserve in the country and one of the largest in Central America. According to experts, the site is vital for the maintenance of a unified block of tropical forest through which thousands of wild animals travel—it connects with Barra de Colorado National Wildlife Refuge and Tortuguero National Park, both in Costa Rica. Indio Maíz also protects several of Nicaragua’s most important water basins.

Despite the reserve’s importance, the government waited three days to react to the fire. Then, it filled the area with military personnel and prevented independent media from entering. When the NGO Fundación del Río informed the people of the late response, the government threated to cancel their legal status. Costa Rica’s offer to send firefighters to help battle the blaze was rejected.

What resulted was the destruction of more than 5,000 hectares of forest in the reserve’s core area, a disaster that nationally renowned scientist Jaimes Incer Barquero called “the most serious environmental problem in the history of Nicaragua.”

The awakening of a nation

Many of the young people who demanded the protection of Indio Maíz took to the streets again on April 18 to show their dissatisfaction with reforms to the Social Security Law, announced two days before. Environmentalists, pensioners, journalists, black and indigenous activists, and people from across the national spectrum joined them. The government’s repression was repeated and the message was clear: in Nicaragua protest was forbidden.

The next day, April 19, the demonstrations grew exponentially. Thousands of people joined from every corner of the country. With the growing crowds, the government’s response intensified as well. A wave of state violence and repression has, as of May 21, left 76 people dead and 868 wounded, most in the context of the protests; five remain in critical condition. In addition, 438 people have been arrested, among them students, civilians, human rights defenders and journalists. The figures above come from the preliminary observations of the Inter-American Commission on Human Rights, which made a special visit to the country in May.

Undoubtedly, as journalist Carlos Fernando Chamorro has stated, it has been “the worst bloodbath in the history of Nicaragua during peacetime.”

Over the last decade, environment struggles like that of Indio Maíz have been gaining strength across the nation.

One of the most iconic has been the movement demanding the cancellation of the law that authorized the Interoceanic Grand Canal—the Antichannel Campesino Movement, led by the fearless Francisca Ramírez. The canal threatens to strip thousands of Nicaraguans of their land and put the country’s biodiversity at grave risk. In their five years of resistance, the movement has been victim to repression, threats and persecution.

Another example can be found in the National Environmentalist Movement Against Industrial Mining. This year, in a public hearing for the Inter-American Commission on Human Rights, members denounced human rights violations and the criminalization of defenders in the context of extractive industries.

These struggles have faced off against a State with corruption problems, weakened institutions, alliances with private economic interests, and little will to protect natural resources. Added to this are the criminalization of citizen protest and the persecution of people who speak out in defense of the environment and human rights.

But Nicaragua has changed.

The flames of Indio Maíz revived the people’s consciousness and ignited their desire for free manifestation, a right guaranteed by our Political Constitution (but denied by the current government’s reign).

The peaceful protests of April and May are the result of a decade of abuses and the systematic denial of our rights.

Nicaraguans are fighting today for the true democratization of our country, which I hope will come hand-in-hand with respect for our right to a healthy environment. 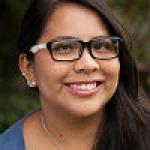 Tania Paz worked with AIDA in the areas of administration and communications out of our Mexico City office. A Nicaraguan, she has a degree in business administration from the Universidad Centroamericana (UCA), Managua and is studying a Master’s in Public Policy at the Universidad Iberoamericana in Mexico. She has experience in research, community service, rural development, and advocacy and municipalism in public policy.