La Oroya triumphed in the Constitutional Court, but the ruling was not implemented | Interamerican Association for Environmental Defense (AIDA) Skip to content Skip to navigation

La Oroya triumphed in the Constitutional Court, but the ruling was not implemented

Home » Blog » La Oroya triumphed in the Constitutional Court, but the ruling was not implemented

In 2006, the Peruvian Constitutional Tribunal recognized that high levels of pollution in La Oroya were causing serious health problems for the local population. The Tribunal ordered the Ministry of Health to comply with the law and take urgent action to prevent additional irreversible impacts to the environment and human health.

This decision was supported by numerous scientific reports from the government, civil society organizations, and Doe Run Peru, which operates the smelter. In its decision, the Tribunal accepted all the arguments presented by the Peruvian Society for Environmental Law (SPDA), which represented La Oroya citizens in the case with AIDA’s support.

The court gave the government 30 days to:

This ruling established a key legal precedent for three fundamental reasons. First, it recognized that extremely high pollution levels like those in La Oroya can cause serious and irreversible harm to people’s health, violating human rights. Second, it reiterated the State’s obligation to protect citizen rights, requiring specific actions to reduce health threats. Third, by ordering the State to coordinate with the polluting company, the Tribunal confirmed that corporations are responsible for conducting their businesses in ways that respect the human rights to health, to life, and to a healthy environment.

In response to this ruling, the Peruvian government made some changes, but by no means complied fully with the order. Thus, in 2006, AIDA, in conjunction with Peruvian lawyers, Earthjustice, and CEDHA, brought the case to the Inter-American Commission on Human Rights. Through this case, we seek enforcement of the Peruvian court’s order and implementation of additional measures that would truly protect health in La Oroya. 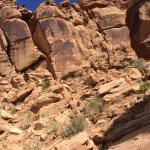