The right to consent of indigenous peoples enshrined in international law, remains to be clarified and implementation in the Brazilian legislation. 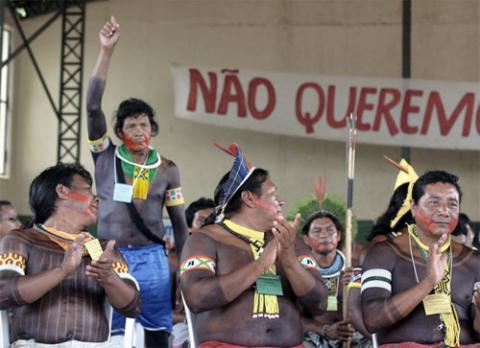 The Convention no. 169 of the International Labour Organisation (ILO) which was ratified by Brazil in 2002 is presented as a new reference standard in cases constitutional, legislative and institutional reform that presence in the region .

Thus, indigenous peoples have used to support their demands, such as the reference to legislative changes in line with the international obligations of States on the rights of indigenous people.

The Inter-American Commission has also emphasized the importance of the consultation process is the protection granted to other rights. So speaks the right of indigenous peoples to be consulted about decisions that may affect them. In this sense, the state must respect, protect and promote the traditions and customs of indigenous and tribal peoples.

Similarly, the free, prior and informed should be culturally appropriate, taking into account the language, cultural identity and traditions d the people involved .

In addition, consultations around projects affecting the territorial integrity of indigenous peoples are of particular importance, given the special relationship that these people enjoy their land.

In the same way that relates to the right to cultural identity, as this may be affected by such decisions.

The Brazilian Constitution of 1988 ensures the protection of indigenous peoples, in Article 231, recognizing their social organization, customs, languages, beliefs and traditions, and the s rights to the lands they traditionally occupy.

No doubt that states should give an effective practical implementation of the constitutional, legal and regulatory its national law in order to enshrine the rights of indigenous peoples to enjoy their rights .

In this sense, it is understood that the regulation of this law shall be made ​​through a broad process of indigenous participation in accordance with rules and procedures agreed with the indigenous peoples and their representative organizations.

For all that, the consent procedures, prior and informed should be regulated by Brazilian law for the rights of indigenous peoples can be adequately observed.

Inter-American Court of Human Derechos if Yatama Vs. Nicaragua