During the last three months I have been writing an article on the  Metallurgical Complex of La Oroya , in Peru, which has taken me back in time, until 1922, when it became operational.

I could make a mental journey through the mining of those years in the Central Sierra Peru, the nationalization of the complex in 1974 and its privatization and purchase in 1997 by the company Doe Run. I also remembered how AIDA came to work in La Oroya and I thought about how, today, we continue steadfast in the struggle for the rights of its inhabitants.

This journey leads me to this day: the 85th birthday of my grandmother Carmen . She is a woman with a physical and mental strength enviable, traveling as if thirty years and sports as if I were twenty. In each of their birthdays, I secretly wish reach eighty-something with his lucidity and strength.

But what relationship does my grandmother with La Oroya?

She was born in Callao in 1929, seven years after it began operating the metallurgical complex. He lived several years of his childhood and adolescence in Huancayo, capital of the province of Junin, when his father was General Count Irrigation Mantaro river.  My grandmother remembers , and since then,  the heaviness of the air -  a symptom of pollution - rail passing by La Oroya during his trips between Lima and Huancayo. 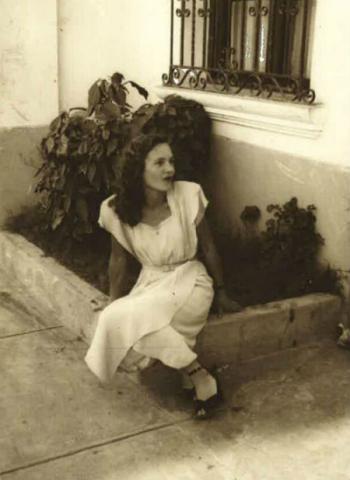 Since that time the contamination was present!  What followed is history: nationalization, privatization  Adjustment Program and Environmental Management (PAMA) ,  breach of environmental obligations , extensions,  damage to life and health ; and high levels of lead, cadmium and arsenic in the population. There were and there are  human rights violations ,  stigma and violence against defenders of their right to live in a healthy environment ,  proceedings before the Inter - American System of Protection of Human Rights , and more extensions.

Last week it was published in the  press  statements by the  Technical Group of the Air Quality La Oroya  indicating that, after visiting the metallurgical complex, it had reduced its air emissions, which greatly improved the air quality in the area. How did that happen? How indicators based on what? The visit took place on February 4 and 3 and 5 were recorded situations  care  about the  level of sulfur dioxide in the air  in one of the monitoring stations of La Oroya (Union). 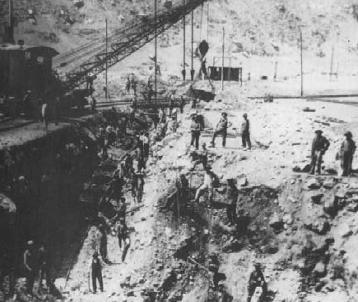 Additionally, the press picked up the concern of Mrs.  Rosa Amaro , the  Movement for the Health of La Oroya (MOSAO) , who indicated that fugitive emissions are not completed to remove. Recall that the  fugitive emissions  "are those that escape the general atmosphere during the casting process or handling of concentrates and products,  bypassing the checkpoints  emissions" (Cederstav and Barandiaran:  La Oroya Can not Wait ).

The response of the representative of the company Doe Run to such concern was surprising : "studies are performed to solve this problem definitively and is considered in the investments to be made ​​in the process of restructuring the company." Are they still doing studies? How long? For more than a decade fugitive emissions are discussed and control is a priority . 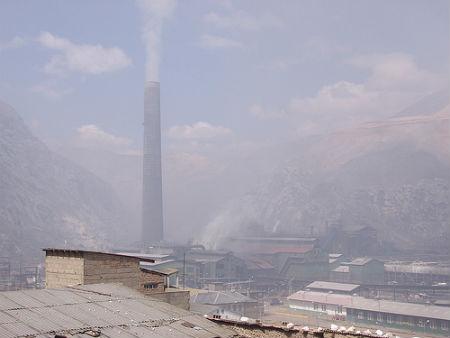 Improvements in air quality in La Oroya always be welcome. But they must be backed with real indicators , so it is an urgent priority that people have all the information on the actual situation of air quality , information that also have the right .

Air pollution has serious impacts on the health of the population and access to information is vital to a population that has suffered for many years hiding what was really happening in their city and, consequently, of the causes of their health problems.

Happy Birthday to my grandmother Carmen! I hope your great - grandchildren come to see a country where the contamination in La Oroya is a distant memory , where children grow up with health, where seniors can age with dignity, and where people can develop their life normally, breathing clean air .