Some months ago my colleague at AIDA, Haydée Rodríguez, wrote an interesting post in this blog called Plastic bag? No thank you (Spanish only). I confess that it shocked me to read the post because although I had a general idea of the harmful effects of plastic bags on the environment, I didn’t realize the profound damage they can cause. 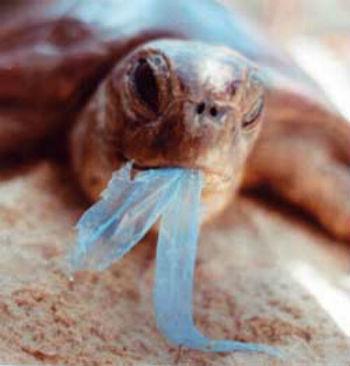 This made me reflect on Peru, where plastic bags reign supreme, and where there is very little public awareness of their harmful impacts, that they poison and kill marine wildlife and pollute the environment, among other things. In most shops, almost all products are packed in plastic bags no matter how small.

An investigation entitled the Study on the Perceptions, Attitudes and Environmental Behavior regarding the Unnecessary Use of Plastic Bags was carried out in two districts of Lima. The results, published in a July 2012 article on the Ministry of the Environment's website (Spanish only), found that 94% of the businesses studied used plastic bags exclusively to package their consumer products, while 60% used between one to three plastic bags for every purchase and 36% used three to six.

The article announced the launch of a campaign to reduce the use of plastic bags in the northwestern province of Piura, called “Healthy Living with Health Bags.” Other than this article, I couldn’t find any further public information on the campaign’s impact or whether it had changed people’s behavior, something that would have made it possible to gauge if the campaign had the potential to be replicated elsewhere in the country.

The day to day

A few months ago I visited a well-known Lima supermarket and asked the clerk why they didn’t attempt to cut down on plastic bag usage. I suggested that the supermarket should charge money for plastic bags as an incentive for people to bring reusable bags made of cloth. He said, “Oh, if we did that people would stop coming… There are people who ask us to use more bags or double bags, and if we didn’t, they’d call us stingy.”

Attitudes like this illustrate the disregard that various sectors of Peruvian society have for environmental protection. 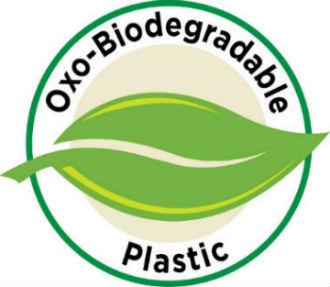 In 2007, Peru’s largest supermarket chain, Grupo Wong, which owns the Wong and Metro supermarket chains and is now owned by Chile’s Cencosud, introduced the use of biodegradable bags, a practice then replicated by other supermarkets in the country.

Wong bags come with a caption that reads, “This bag will biodegrade without leaving any contaminant residues.” The manufacture of the bags “includes a special additive that causes the bag to disintegrate into smaller pieces when it comes in contact with oxygen, sunlight and friction, a process which then allows microorganisms such as fungi or bacteria to feed on its remnants, converting the bag into water, biomass, salt minerals and carbon dioxide, just as we do when we exhale air,” Wong says on its website.

The bags used by Wong supermarkets seem ordinary enough. The difference is the special additive ingredient that accelerates the disintegration of the bag. “This means that the plastic is broken down into smaller particles that are so small that you can’t see them. In the first phase, the waste cannot be assimilated with plants (Spanish only)”. Inapol, a Chilean maker of conventional and biodegradable plastic bags, says that while “a conventional plastic bag takes about 300 years to biodegrade, our bags that contain the special oxo-degradable additive reduces this time to approximately two years, depending on the external factors that accompany the process. 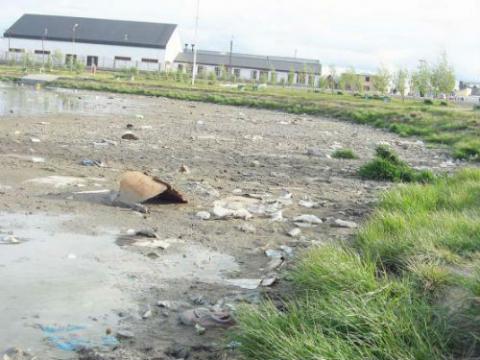 According to a European Bioplastics study, the additives in the oxo-biodegradable bags consist of chemical catalysts thatcontain transition metals like cobalt, magnesium and iron, among others. In this process the disintegration of the plastic bag is caused by a chemical oxidization of the plastic’s polymer chains, triggered by UV radiation or heat exposure. According to the study, the waste would eventually biodegrade in the second phase.

The study points out that the breakdown of the biodegradable plastic bag is not a result of natural biodegradation but of a chemical reaction. The waste remnants remain in the environment, something that does not present an adequate solution to the problem. It only transforms visible waste particles into invisible contaminants.

There have been significant advances and an increase in awareness in the business community on the need to take care of the environment. But doubts remain about the natural biodegradation of plastic bags such as those used by Wong supermarkets, and whether they present a real sustainable solution for the environment.

As Peru is such a creative and perse country, why shouldn’t it adopt alternatives to plastic packaging such as reusable cloth bags and recycled materials, and employ their use across the country? Isn’t this something to think about?

We must change our mentalities for things to improve. To paraphrase Haydée, we need to say, “No thank you” to plastic bags. We should learn to reuse and recycle so that we can take care of what we love and, above all, where we live.