Photo: A poster reflects the findings of the IPCC’s latest report. Source:http://bit.ly/HTTxCn

The impact of human-induced global climate change is already being felt, and going forward it will have a profound effect on the global population. Many people already believe the phenomenon exists, and they know about its likely impacts. But many others ignore the problem or deny it. In fact, the Climate Name Change initiative has compiled a list of policymakers who still deny climate change in the United States, a country with the greatest emissions of greenhouse gases in the Western Hemisphere.

New and compelling evidence of climate change was published this year in the first part of the fifth report by the Intergovernmental Panel on Climate Change (IPCC), which was commissioned by the governments of 195 countries and with input from over 800 international scientists.

The most recent IPCC report found that:

· The warming of the climate system is ‘unequivocal,’

· The odds that humans are the principal cause of climate change are at least 95%, 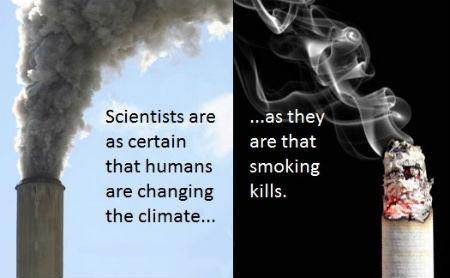 There is scientific unanimity on climate change, and it will have a negative impact on human rights.

It is worth noting that in 2008 the General Assembly of the Organization of American States (OAS) requested the Inter-American Commission on Human Rights (IACHR) to investigate the link between climate change and human rights. Within this framework, AIDA published the report “A Human Crisis: Climate Change and Human Rights in Latin America,” which explains how the impact of global warming affects people’s ability to exercise their basic human rights in Latin America. It concludes that the IACHR should recognize the negative impacts of climate change on human rights and make recommendations to the OAS member states to fulfill their obligations to protect and guarantee human rights as global warming becomes more pronounced.

The report mentions that the harmful effects of global warming include the loss of resources such as clean water as well as more extreme floods and storms, rising sea levels, more intense forest fires and droughts, and an increase in the spread of heat- and vector-borne diseases. These impacts, the document states, will have a profound effect on fundamental human rights such as the rights to a healthy environment, food, water, housing and a dignified life.

AIDA says that in the face of such a scenario it is important to recognize that some communities are more vulnerable than others because they suffer from poverty or discrimination. The responsibility to take care of these communities is shared between different governments to varying degrees, which is to say that more responsibility falls on the states that have historically polluted the most. In sum, the report recommends that governments and other relevant bodies including intergovernmental organizations and international financial institutions adopt and promote measures to prevent human rights violations brought about by climate change. Althoughthese actions are executed on an institutional level, there are still many things we can do on a personal level. We can become informed of the problem, learn how to mitigate the effects of climate change and reduce greenhouse gas emissions, and apply these principles to our everyday lives. For example, you can ride a bike, reduce your electricity consumption or lessen your red meat intake.

In short, the scientific community is certain that human-induced climate change is a reality. As AIDA notes in its report, the impact of global warming will seriously affect human rights in Latin America and around the globe. Now is the time to act!

To learn more, visit the section on climate change on AIDA’s website.