COVID-19 Response: The importance of providing special protection to indigenous peoples and Afro-descendants

Indigenous and afro-descendant peoples in Latin America and the Caribbean have been essential actors in the protection of nature, of key ecosystems and, in short, of the lives of all beings that inhabit the planet. At the same time, they have historically suffered discrimination, exclusion and the violation of their rights, seeing their survival threatened.

According to the International Labor Organization’s report, Towards an Inclusive, Sustainable and Fair Future, Latin America is the region with the highest proportion of indigenous and tribal groups living in extreme poverty.

In the context of global health crisis caused by the COVID-19 pandemic, the vulnerability of indigenous and afro-descendant peoples in the region has increased for at least three reasons. 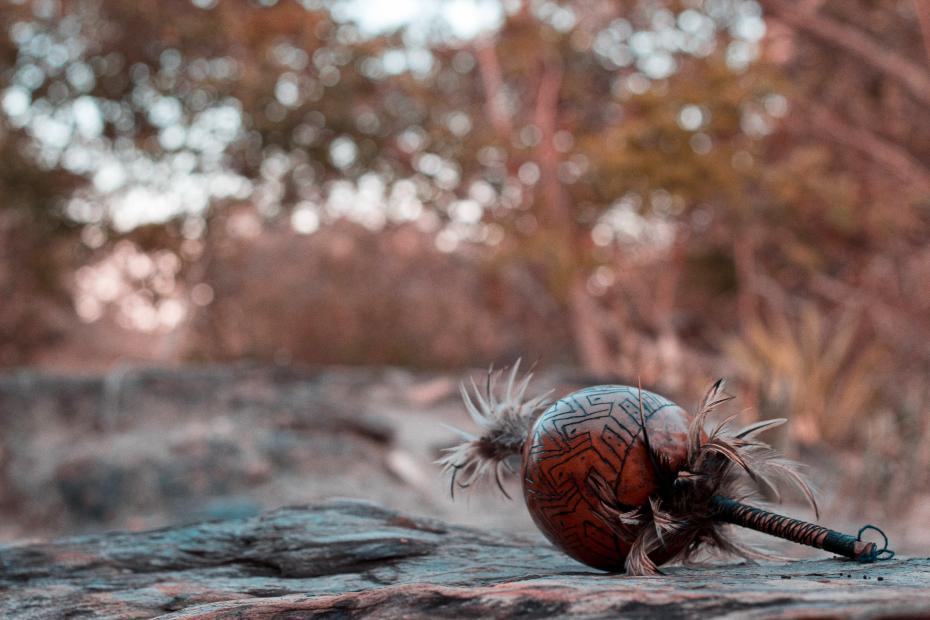 1. The pandemic aggravates the lack of access of ethnic communities to their economic, social, cultural and environmental rights

Both the United Nations and the Inter-American Human Rights System have drawn attention to the indivisibility and interdependence of all human rights. However, ethnic communities have historically faced the absence of guarantees for the enjoyment of their economic, social, cultural and environmental rights.

Many of these peoples do not have effective access to health, sanitation and social security services. And due to deforestation and the advance of the agricultural frontier in their territories, they face increasing challenges in ensuring their food sovereignty, confronting new diseases, and adjusting their traditional medicine systems. In addition, several of them have serious problems accessing indispensable goods such as water and food.

The barriers to accessing these services under quality conditions have become greater with the current health crisis, making these populations more vulnerable and putting their very survival at risk. This is an overwhelming reality for the region.

In a recent statement, the Inter-American Commission on Human Rights (IACHR) expressed its concern by stating that, at the local level, "pandemic processes produce disproportionate impacts on populations with greater difficulties in accessing health structures and health care technologies within countries, such as indigenous peoples…”

At the regional level, COICA (Coordinating Body of Indigenous Organizations of the Amazon Basin) declared a state of emergency in the face of the health crisis.

In Guatemala, the International Commission of Jurists denounced that indigenous peoples "face the risk of suffering the destructive effects of the COVID-19 pandemic, due to historical and systematic discrimination against them" and that in the current crisis "they do not have access to clear and simple information on how to protect themselves from the pandemic and how to be protected during the emergency by the Health System."

Indigenous leaders in Peru denounced food shortages and deficiencies in health care, calling for the supply of essential items in communities and the definition of protocols for carrying supplies.

In Colombia, the National Indigenous Organization of Colombia (ONIC) reported that more than 191,000 indigenous families are at risk of infection and that for nearly 513,000 families the humanitarian crisis due to the pandemic is imminent. In addition, the National Conference of Afro-Colombian Organizations said that their population is at high risk and that "the majority of Afro-descendant territories do not have a network of equipment and personnel that would allow them to properly attend to potential affected persons."

Without guidance from the health departments, many indigenous groups are taking preventive measures on their own to prevent the pandemic from reaching their territories. Such measures include voluntary isolation, hygiene campaigns, and suspension of large mobilizations, events and travel; there has even been a closure of traffic between villages to prevent the spread of the disease. 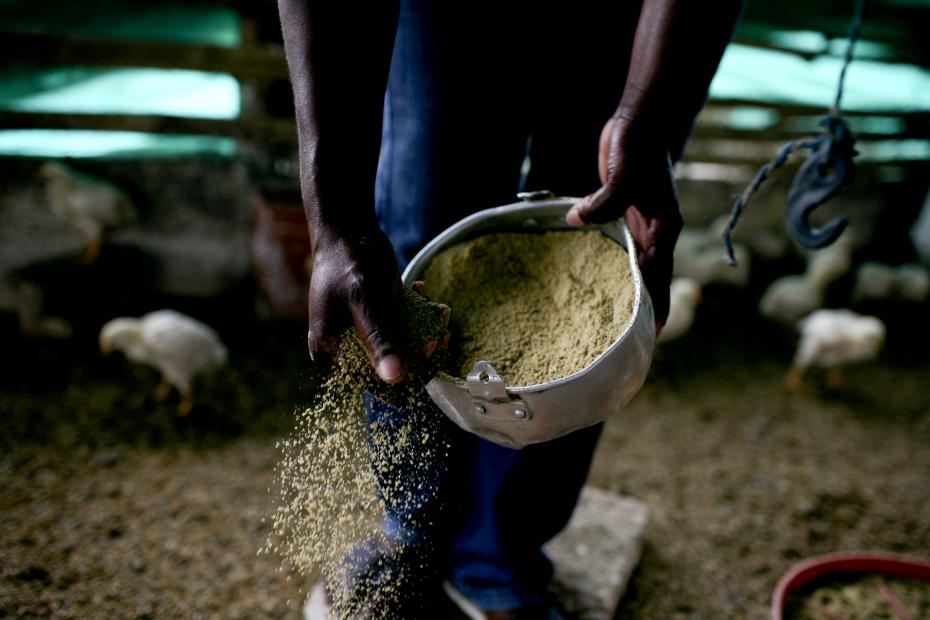 In various countries of the region, indigenous communities are reporting that the measures taken by authorities in response to the pandemic have been precarious and culturally inadequate because they do not consider the uses and customs of these peoples.

The IACHR and the Rapporteurship on Economic, Social, Cultural, and Environmental Rights have reiterated that States must adopt culturally appropriate, timely, and effective responses to guarantee the rights of indigenous peoples in the face of the pandemic.

The IACHR reminded States of their obligation to provide "special protection" to the indigenous population, as well as " the importance of providing them clear information about the pandemic in their traditional language, whenever possible.” It also referred to Afro-descendant and tribal communities, highlighting the need for their situation “to be made visible in the context of this pandemic, especially to include an ethnic-racial perspective with an intersectional approach in all response measures implemented both in the level national, as in the regional responses that can be articulated.”

In Mexico, the Mayan Community Collective of Hopelchén publicly denounced the Mexican government for the lack of implementation of an official strategy to inform Mayan indigenous peoples about the risks they face in the face of the health crisis.

In Ecuador, the WHO warned of the lack of protocols for indigenous peoples and nationalities in the face of the pandemic.  It noted that it is essential that social food programs reach these communities and the rural sector, and that prevention campaigns reach them in their own languages.

The situation is aggravated by the poor connectivity of many of these peoples, who lack land, air and/or river routes. This hinders their mobility and access to social services, the internet and information about the pandemic, including state measures taken and self-care actions to be implemented. 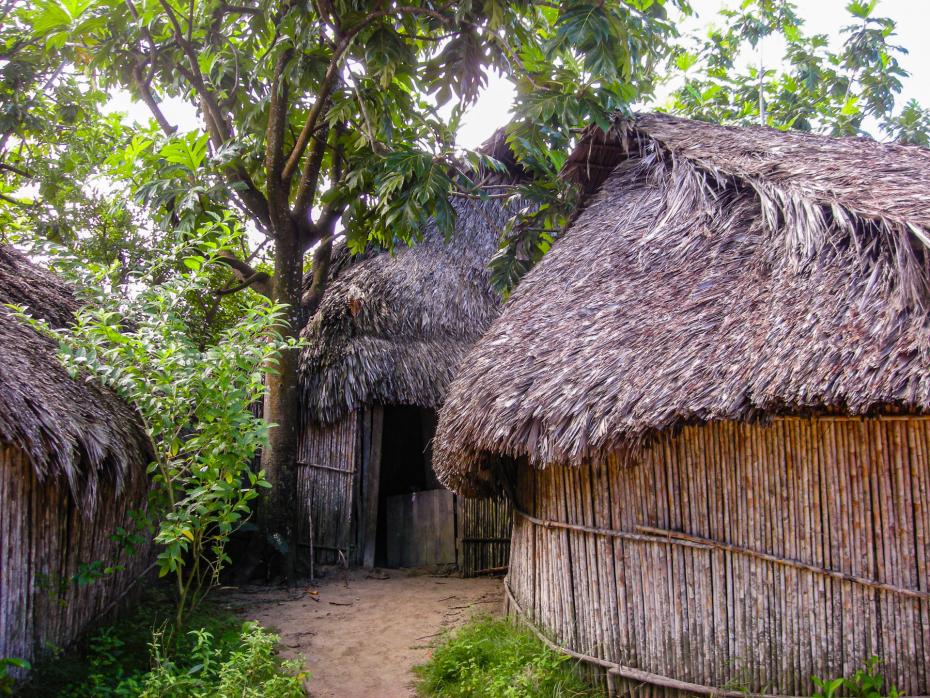 3. The territorial rights of indigenous and Afro-descendant communities continue to be violated

In the midst of the sanitary emergency and the confinement decreed in several countries of the region, governments and other actors have adopted measures or promoted initiatives that ignore the right to prior consultation, cause the relaxation of environmental requirements for high-impact development projects, and favor the lack of effective guarantees for citizen participation in environmental matters.

In Colombia, the national government promoted virtual prior consultations. The National Commission on Indigenous Territories and several human rights organizations rejected the initiative, which was finally repealed. However, concern persists over the request made by businesspeople to the government for the relaxation of environmental permits in the country, a vital instrument for protecting the environment and indigenous territories.

In Brazil, the pandemic's threats to indigenous communities are compounded by the invasion of indigenous territories and increased violence and threats to their leaders. In Roraima, Mato Grosso and Bahia, indigenous peoples blocked roads and built barriers to prevent invaders from entering their lands. These risks also come from the State. The National Indian Foundation (FUNAI) published an administrative act promoting the recognition of boundaries of private property on indigenous lands. This is intended to allow the issuance of property titles to invaders on indigenous lands, legitimizing their actions.

In Mexico, organizations and communities denounced the federal government’s continuation of the so-called "Mayan train" project despite the fact that its construction is non-essential in the context of the pandemic. The project puts at risk the population in charge of its construction and prevents access to information and justice for communities given the suspension of deadlines in state institutions and the impossibility of resorting to appropriate judicial mechanisms.

In Bolivia, the National Coordinator for the Defense of Indigenous and Peasant Territories and Protected Areas stated that indigenous peoples are vulnerable not only to the coronavirus, but also to what will come next: "a big hole in the global economy" and, therefore, "an excuse for more attacks on nature, indigenous territories and the natural protected areas where they are located.”

On this issue, the IACHR reiterated to the States " the importance of recognizing the territorial rights of collective property to the Afro-descendant communities and guaranteeing them the effective right to free, prior and informed consent and consultation, respecting their free self-determination.” It also urged States to " refrain from promoting legislative initiatives or projects that affect ethnic territories during the duration of this pandemic, due to the impossibility of carrying out said consultation processes.” 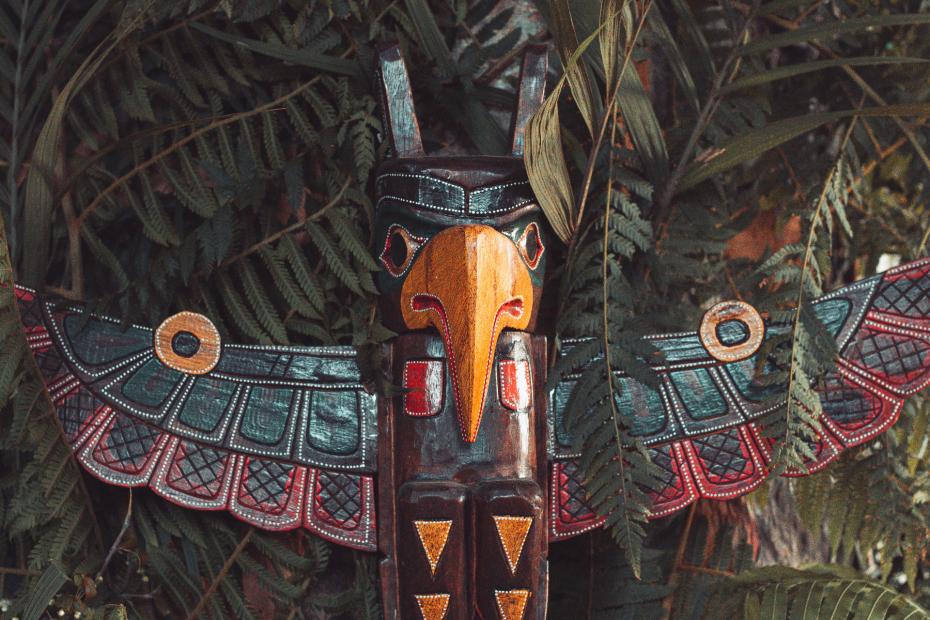 Indigenous peoples and people of African descent represent one of the continent's most important assets. Their millenary residence and their worldview—which respects nature and the beings that inhabit it—have been and are an invaluable legacy. They will be an indispensable element in promoting reflections on the global health and ecological crises that we face.

The contributions of ethnic communities and their ancestral knowledge, which have transcended time and contributed to the survival of the planet, are essential for the implementation of preventative and care measures related to the pandemic.

This is what the President of the Permanent Forum on Indigenous Issues emphasized: “Indigenous peoples can contribute to seeking solutions. Their good practices of traditional healing and knowledge, such as sealing off communities to prevent the spread of diseases and of voluntary isolation, are being followed throughout the world today.”

Protecting these peoples so that the pandemic does not threaten their lives and integrity is a moral and historic duty, and an international obligation of all States. It is therefore imperative that States:

Rosa Peña Lizarazo is a fellow with AIDA's Human Rights and Environment Program. She is attorney from the Universidad del Rosario, Colombia whose bachelor's degree focused on Constitutional Law and Human Rights. She has experience in community accompaniment and strategic litigation in cases of human rights violations derived from development policies and projects. Rosa is currently pursuing a Master's Degree in Interdisciplinary Development Studies, with an emphasis on Territorial Development Management, at the Universidad de los Andes, in Colombia.

Preserving the legacy of the Sierra Nevada de Santa Marta, Heart of the World
Supporting indigenous Guatemalan women in their struggle for their water
Supporting Cajamarca’s fight to defend its territory from mining
Halting the implementation of large dams in the Americas
Saving the San Pedro Mezquital River from a destructive large dam