In Colombia, the power to stop fracking lies with the people | Interamerican Association for Environmental Defense (AIDA) Skip to content Skip to navigation

In Colombia, the power to stop fracking lies with the people

Home » Blog » In Colombia, the power to stop fracking lies with the people

In Colombia’s fight against fracking, one tiny town is putting up a big fight.

Since early 2016, the residents of San Martín, 300 miles north of Bogotá in the department of Cesar, have mobilized, protested, and peacefully resisted the government’s plans to begin fracking in their municipality.

By staging marches and protests, and forcibly blocking oil company employees from accessing fracking exploration sites, concerned citizens are raising their voices against an environmentally destructive industry. But San Martín is just one municipality of many affected by the fracking fever now sweeping Colombia’s oil and gas industry.

Colombia has vast reserves of unconventional fossil fuel deposits trapped in tight deposits of shale rock. Fracking breaks up that rock—using a mixture of water, sand and chemicals—and releases those deposits, which analysts say could produce 6.8 billion barrels of oil and 55 trillion cubic feet of natural gas, according to the US. Energy Information Administration. That’s enough to satisfy the country’s energy demand for decades.

While operations have not yet begun in Colombia, to date 12 blocks have been reserved for fracking exploration, according to the National Hydrocarbon Agency, and one concession has been granted to a multinational corporation. These fracking sites are expected to affect municipalities all across the country.

Colombia has followed the lead of other Latin American countries that have embraced fracking as a quick and dirty fix to their fossil fuel addiction, which feeds energy-hungry populations. Currently, Mexico, Argentina, and Chile are the region’s fracking powerhouses.

Colombia “can’t afford not to frack,” said Juan Carlos Echeverry, the then President of Ecopetrol, Colombia’s state oil company.  But San Martín’s residents—along with many other Colombians concerned about the future of their communities, their country, and the planet—have a different opinion.

In support of the citizens of San Martin, CORDATEC has been organizing an on-the-ground resistance to limit fracking exploration in Cesar. Another organization, the Alianza Colombia Libre de Fracking is also fighting back: it recently signed an open letter asking President Juan Manuel Santos to pass a moratorium on fracking.

While these efforts are integral to the fight against fracking, it’s also necessary to fight the battle on the local level. Wherever possible, cities and municipalities can use creative solutions like strict zoning laws or referendums to achieve fracking bans locally.

This technique has seen significant success in Brazil, where more than 70 municipalities have passed fracking bans, simultaneously stalling the spread of the fossil fuel industry and protecting their environment. In the United States, states like New York, Maryland, and parts of California have also banned fracking.

In partnership with organizations throughout the region, AIDA is working diligently to stop the spread of fracking in Latin America. Through the Alianza Latinoamericana Frente al Fracking and the Red por la Justicia Ambiental en Colombia, we’re focusing on local solutions with potentially regional implications.

“The Alianza works to promote public debate, awareness, and education among civil society organizations in Latin America,” said Claudia Velarde, AIDA attorney. “We also support local resistance efforts against the spread of fracking in the region.”

The Alianza is petitioning for a hearing before the Inter-American Commission on Human Rights, in which they’ll demonstrate the impacts fracking has on the human rights of affected communities.

If our governments are committed to continuing to drill for fossil fuels, it’s time for local communities to stand up and demand a future of clean, renewable energy.

By focusing our power at the grassroots level, like the people of San Martín, we too can demand a better future and push back against the fossil fuel industry. 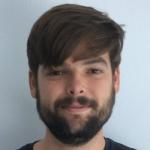