God is an Environmentalist. Are You? | Interamerican Association for Environmental Defense (AIDA) Skip to content Skip to navigation

The planet and the beings that inhabit it are currently suffering grave environmental impacts.

God is an Environmentalist. Are You?

God is with us in the fight to defend the environment. He is the first environmentalist.

In his encyclical Laudato Si, also known as the environmental encyclical, Pope Francis says, “The violence present in our hearts, wounded by sin, is also reflected in the symptoms of sickness evident in the soil, in the water, in the air, and in all forms of life.”

All religions agree that divinity created the planet we share with all forms of life. Caring for this creation is one of our ancient religious duties. This sentiment has been echoed by high representatives of churches around the world, from Catholic to Muslim, Hindu to Orthodox.

The planet and the beings that inhabit it are currently suffering grave environmental impacts. The contamination of oceans and rivers, climate change, soil deterioration, the extinction of species and the disappearance of forests are just some of the ills afflicting the environment. Given this bleak picture, various churches agree they must admonish believers to care for their surroundings.

What did Pope Francis say?

In Laudato Si, Pope Francis recounts the lessons of Juan Pablo II, who said that “the destruction of the human environment is extremely serious, not only because God has entrusted the world to us men and women, but because human life is itself a gift which must be defended from various forms of debasement.”

The encyclical also recognizes the position of the Turkish Orthodox Church. “Patriarch Bartholomew has spoken in particular of the need for each of us to repent of the ways we have harmed the planet,” the text reads.

The Pope also adds that Saint Francis of Assisi, who invited us to “care for all that exists,” always asked that part of his friary garden remain uncultivated, so that wild flowers and herbs could grow. Thus, those who admired them could raise their thoughts to the creator of such beauty: God.

The Pope praises all who join forces in defense of the environment: “I want to recognize, encourage and thank all those striving in countless ways to guarantee the protection of the home which we share. “ In this same vein, the Conference of Bishops of South Africa stated that the “talents and involvement of all is needed to repair the damage caused by human abuse of God’s creation.”

What do other religions say? 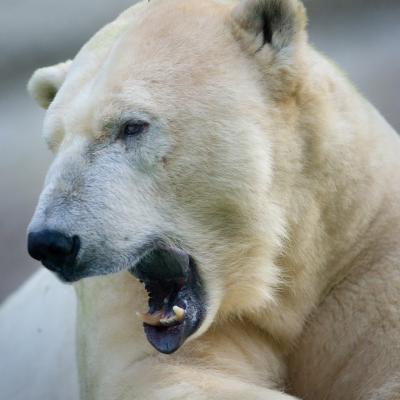 Islam also encourages defending the environment. Muslim scholars have recently qualified climate change as a serious threat. The Islamic Foundation for Ecology and Environmental Science declared: “God created the world in mizan (balance), but through fasad (corruption), human beings have caused climate change, together with a range of negative effects on the environment that include deforestation, the destruction of biodiversity, and the pollution of the oceans and of water systems.”

To learn how Confucianism, Hinduism, Christianity and traditional indigenous religions promote environmental defense, you can consult Ecology and Religion, a book by John Grim and Mary Evelyn Tuckner, published by Island Press in 2014.

These religious and environmental lessons are very important, especially when we come to defining moments in this fight to protect God’s creation, our planet. In December the 21st Conference of Parties of the United Nations Framework Convention on Climate Change will take place in Paris. This is the last opportunity for the nations of the world to reach a new binding agreement and avoid a global climate catastrophe.

Humanity faces similar challenges with respect to energy sources, the use of fossil fuels, growing food, waste management and the protection of natural areas. The religions of the world, and their commitment to protecting the planet, give us a compelling reason to join in the fight. At AIDA we do so daily. We use the law to protect freshwater sources, the human rights of communities affected by environmental degradation, marine and coastal ecosystems, and to promote appropriate solutions to climate change.

We can all do something, from changing personal habits that damage the environment, to pushing for structural solutions. These may include renouncing the use of plastic bags or telling your elected representatives you’ll only vote for people who support a rapid transition away from fossil fuels.

Whatever we do, let’s do it soon! Amen.