Learning from Mendoza, Argentina: “Water is not negotiable | Interamerican Association for Environmental Defense (AIDA) Skip to content Skip to navigation

Learning from Mendoza, Argentina: “Water is not negotiable

Home » Blog » Learning from Mendoza, Argentina: “Water is not negotiable

Near the end of 2019, the citizens of Mendoza, Argentina united in one of the province’s most important social manifestations.

Their objective was clear: to defend their water.

People of all ages—members of NGOs, environmental assemblies, anti-mining movements, scientists and academics—took to the streets to demand that the local government reverse the modification of Law 7722, known as "guardian of the water" or "the people’s law."

The law is fundamental for the protection of water in Mendoza because it prohibits the use of cyanide, mercury, sulfuric acid and other toxic chemicals in mining activities—all of which seriously contaminate rivers, lakes and other natural water sources.

Enacted on June 21, 2007, this law resulted from a long struggle by civil society.

A step back in environmental protection

The government intended to modify Law 7722 with another regulation, Law 9209, which allowed for "the use of chemical substances [including cyanide], mixtures or dissolutions of them, to ensure the sustainability of the [mining] project.”

The justification for eliminating the prohibition on the use of cyanide and other toxic elements was "to guarantee the sustainability of the use of natural resources, with special emphasis on the protection of water resources and to ensure compliance with mining activities.”

The use of cyanide in legal mining is becoming less frequent due to the risks involved in its manufacture, transport and use. Cyanide compounds are highly toxic in their gaseous form or when dissolved in water. Considering that the limit of cyanide in drinking water for safe human consumption is four drops per liter, the concentrations used in mining present high risks.

In addition, there is abundant evidence of cyanide spills and losses from mining facilities during transport, and multiple cases of mass fatalities of wildlife near mining facilities, particularly migratory birds.

The legislative amendment sought to make the procedures for environmental control and monitoring more flexible, by establishing that it was no longer obligatory for the Environmental Impact Statement of a mining project to be ratified by law. This undermined the effectiveness of Law 7722.

These changes, promoted by the government of Mendoza, violated environmental protection principles contained in Argentina’s Constitution, among them sustainability and other national regulations that the provinces are obliged to comply with and enrich.

For example, article 41 of the Constitution states that "all inhabitants have the right to a healthy, balanced environment, suitable for human development and for productive activities to satisfy present needs without compromising those of future generations; and they have the duty to preserve it." 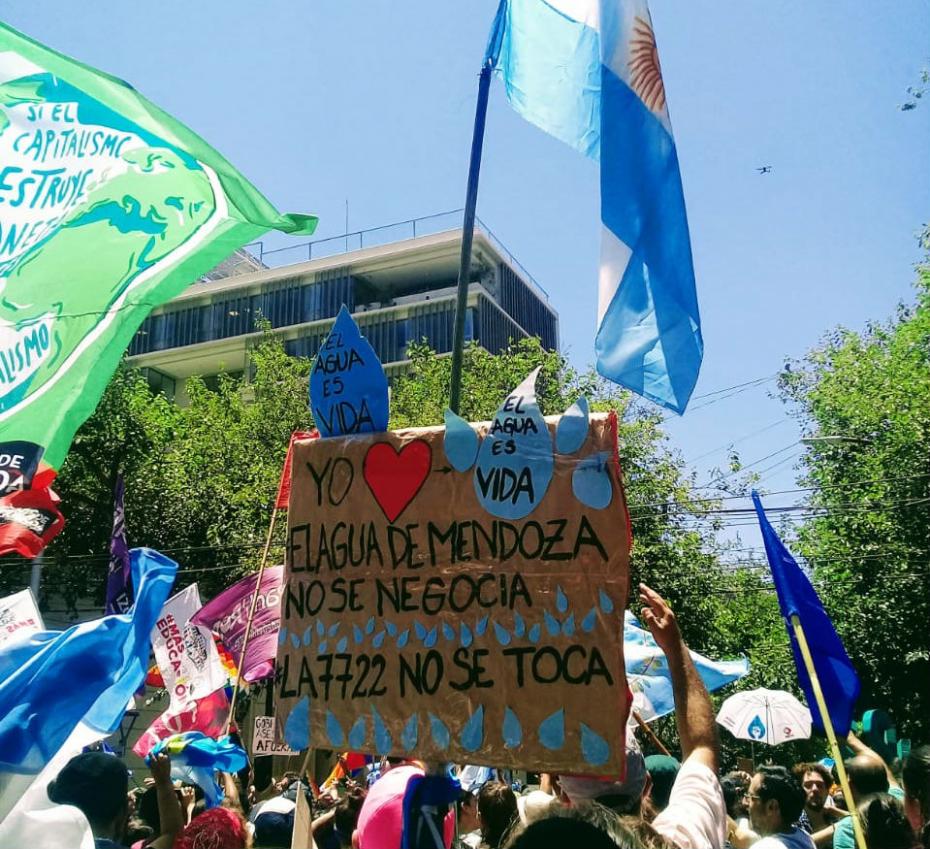 The social response to this modification—which intended to give free rein to the use of substances with a high environmental impact—surpassed all precedents. By successfully reversing an initiative already approved by Mendoza's legislators, it became an example for the entire region.

The largest demonstrations in Mendoza's history began on December 22. Under the slogans "water is not negotiable" and "water is worth more than gold," the people of Mendoza organized to express their disapproval of the new law.

The following day, 50,000 people gathered in front of the Provincial Government House after a journey of more than 100 kilometers, which began in the town of San Carlos, in the Uco Valley. They demanded: Law 7722 is not to be touched.

Despite this widespread popular rejection, the Governor of Mendoza enacted the reform.

Then, thousands of self-convoked neighbors gathered at kilometer zero—between San Martín and Garibaldi Streets—in the provincial capital to demand the law’s repeal. On December 26, faced with constant and growing social pressure, the Governor announced that he would not enact the new law.

That palliative measure was deemed unconvincing and mobilizations intensified.

The Governor then decided to reverse the amendment to Law 7722. On Friday the 27th, he announced the reform’s repeal, which finally happened on Monday the 30th.

The case of Mendoza teaches a valuable lesson to all Latin American countries: When citizens are aware of the importance of nature and the scale of the dangers it faces, they will not yield.

Socio-environmental conflicts are not only a response to those who have control over natural resources, but also to their effects on a complex social network.

For humans and also for other beings, nature is a formative part of our identity, culture and customs. We are part of it and it is part of us.

It is a living and interconnected network. That is why we must be its main defenders.

The prompt and necessary updating of the concept of "sustainable development" is one of the challenges of Environmental Law in the 21st century.

Learn more about the use of cyanide in mining (in Spanish). 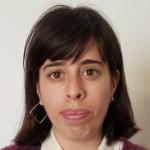 Daniela Belén Velazquez is an intern with AIDA's Human Rights and Environment Program from Buenos Aires, Argentina. She holds a law degree from the Universidad Abierta Interamericana in Buenos Aires and is a thesis candidate for the specialization in Environmental Law at the University of Buenos Aires.