Mine tailings dams: a history of failures | Interamerican Association for Environmental Defense (AIDA) Skip to content Skip to navigation

Mine tailings dams: a history of failures

Home » Blog » Mine tailings dams: a history of failures

Once again, tragedy looms over Brazil.

Last Friday, for the second time in less than four years, a tailings dam broke in the State of Minas Gerais—this time in the municipality of Brumadinho—leaving catastrophic human and environmental damage in its wake.

Once again, the losses are incalculable.

Once again, nature and society have been damaged, torn apart.

The tragedy in November 2015 in the city of Mariana is considered the worst environmental disaster in the history of Brazil. It destroyed the town of Bento Rodrigues and contaminated the Doce River basin, carrying toxic sludge all the way to the Atlantic Ocean.

Far from isolated events, the failures of mine tailings dams have become a common occurrence, and statistics suggest we can expect many more in the future.

Like any infrastructure work, a dam has a certain useful life—a period of operation with a firm beginning and end. That period is based on the dam having adequate design, execution, and maintenance, something that often does not occur.

Thanks to the World Information Service on Energy’s Uranium Project, we know that over the last 30 years there have been 73 accidents or incidents involving mine tailings dams worldwide. The United States (17), China (8) and the Philippines (7) lead the list of affected countries.

The project’s database offers an account of the main accidents and indicators including breakdowns, overshoots, collapses, partial failures, and lining ruptures. These figures should lead us to reflect on large-scale mining, particularly metal mining, which requires these types of dams and impoundments.

Instead of continuing to build mines, wouldn’t it be better to concentrate our efforts on recovering and reusing the metal we discard?

When will we transition to a circular economy that avoids such catastrophes?

How many more disasters can our ecosystems and our human populations endure?

Quite often, affected communities do not have objective or sufficient information about the benefits and harms of the mining projects proposed near their homes. Breaking that information gap is urgent.

At AIDA we contribute to this task by providing useful information about the potential harms of mining, and using it to strengthen legal actions undertaken to protect people and the environment.

It’s urgent that the governmental, non-governmental and private sectors do whatever is necessary to avoid more tragedies like those we’ve seen in Brazil. They must make a conscious decision to put the value of people and nature above profit.

73 tailings dams have failed over the last 30 years, wreaking havoc on the environment and affected communities: https://t.co/G6xZibNIAk 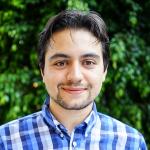 Andrés Angél is scientific advisor to the Freshwater Preservation Program. A Colombian, he works with AIDA from Bogotá. He has a Bachelor's degree in geology and a Master's degree in Public Policy with an emphasis on GeoGovernance from the University of Potsdam, Germany; his studies there were carried out through a DAAD scholarship. Andrés has experience as a researcher in diverse socioecological conflicts and territorial defense processes, primarily those related to neo-extractivism. He has also worked in the public sector of Colombia in environmental control.

7 AIDA Advances of 2020
10 environmental successes from Latin America in 2018
Championing Lake Poopó’s recovery to protect the life it holds
Learning from Mendoza, Argentina: “Water is not negotiable
Coal or life: Walking where a stream once ran