The gray whale is at risk from a marine mining project.

Mine Threatens a Great Marine Migrator

Each year, the gray whale sets out on one of the longest migratory journeys on the planet: a nearly 13,000-mile swim from its feeding grounds in Alaska to the warm waters of Baja California Sur, Mexico, where it births and raises its calves—after which it turns around and swims back again. It’s been estimated that, by the time a gray whale turns 50, it has traveled the equivalent of a journey from the Earth to the Moon and back.

This impressive mammal, 50 feet long in its adult years, and its migratory feat are at risk from a marine mining project. If executed as proposed, the project would gravely damage the environment and living conditions of the gray whale.

At the end of February this year, 2,652 grey whales arrived at the San Ignacio and Ojo de Liebre lagoons in Baja California Sur, very close to Ulloa Bay. This was the highest number recorded in the last 19 years, an occurrence that provides an important source of income for local families who depend on the sustainable tourism generated by whale watches.

Yet it’s precisely in this area near Ulloa Bay that Odyssey Marine Explorations intends to begin the Don Diego phosphate-mining project. The project began in September 2014, when the company presented its Environmental Impact Assessment (EIA) to Mexico’s Secretariat of Environment and Natural Resources (SEMARNAT).

The Don Diego Mine

The proposed mine would comprise five work sites in an area of 91,267 hectares. Each site would be exploited for 10 years, resulting in a 50-year-long project. The intent is to extract 350 million tons of phosphate sand from the marine floor—a quantity that would fill Mexico City’s Aztec Stadium 264 times.

As proposed, the project would have grave and irreversible impacts on a marine zone rich in biodiversity and of great importance to local fisheries.

The gray whale, as well as other species of whale and turtle that live or pass through the zone, depend on sound to communicate, stay united and locate food. The Don Diego project will use dredging boats to obtain the phosphate sand, producing a lot of noise in the area, potentially creating a “modification of vocal behavior or surprise reaction” in the whales, according to the project's Environmental Impact Assessment (chapter 4, page 229). Among other consequences, the noise would jeopardize the survival of the whales by causing changes in their behavior and migratory route, and would disrupt the feeding of calves.

Principal Impacts on the Marine Ecosystem

AIDA presented our comments on the Don Diego EIA before SEMARNAT, pointing out the environmental reasons why the project should not be authorized under the conditions by which it was approved. Our key points were as follows:

In our comments, AIDA highlighted the need for the company to provide more detailed information on the project’s potential impacts. The Mexican government has shown similar concern, as in their analysis of the EIA they’ve also requested additional information from the company.

It is of particular interest to us to have better information on the impacts of sound and dredging on the coastal marine ecosystem, and on possible damage to fishing in the area.

Without a doubt, it is better to prevent damage than to be sorry once it’s been done. The gray whale still has many miles left to swim. 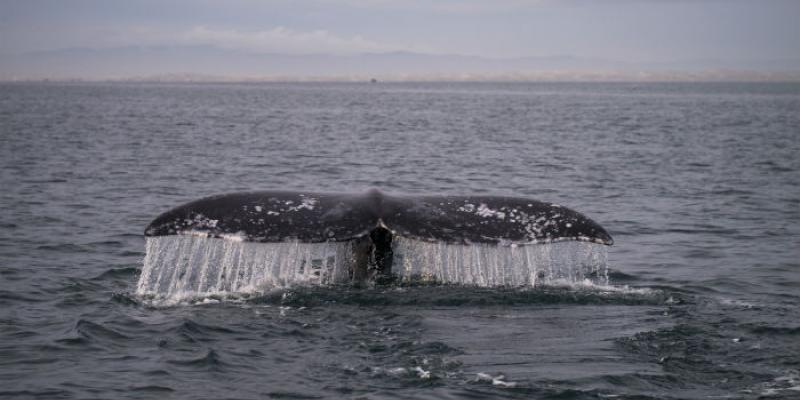