The changing river has submerged many islands, once home to fishermen.

Photo Essay: Life in the shadow of Belo Monte

Deep in the Amazon in north Brazil, the world’s third largest dam towers over a once lush jungle landscape. In its far-reaching shadow live the indigenous and riverine communities who have long called the region home. They are people who have lived and grown by the bounty of the forest and the Xingu River. For most, the natural world that surrounds them is inseparable from their definition of home.

But that home is changing rapidly. As the Belo Monte Dam begins operations, and its floodgates open, their world is looking and feeling very different.

Large stretches of jungle have been flooded, islands completely submerged. The fish are dying, the wildlife scared away. Families have been separated, and entire communities forced from their land.

The shadow cast by Belo Monte is long, and it is dark.

The lifestyle of the people of the Xingu river basin has been drastically changed without their consent. Their basic human rights have been violated time and time again. The operating company’s attempts at compensation would be laughable, if they weren’t so heartbreaking.

The photos that follow depict people and communities who are living amid the volatile realities of this once peaceful patch of rainforest. They are victims of the corruption, violence and abuse that have come to envelop the largest engineering project in Brazil’s history.

The Xingu River is dying. Arapujá Island, visible from Altamira, has been completely stripped of life, causing radical change in river currents. Smaller islands where fishermen lived surrounded by fruit trees have been submerged by rising water levels, as the dam’s reservoirs are filled. On one day in January, the Belo Monte dam opened its floodgates without warning; the river is said to have risen more than 20 feet in an hour.

Massive amounts of fish have been dying off; locals say Norte Energía even has cleanup crews that bury them, to hide the scale of the daily devastation. Downstream from the dam, the flow of the river at the Big Bend is reducing drastically; the water is becoming muddy and deoxygenated. Communities near and far—from indigenous people to riverine fishermen—are suffering the impacts, as their lives are torn from the river they know so well. As the Xingu dies, they too lose their lives—for the river itself has long been their home, their source of food and livelihood. 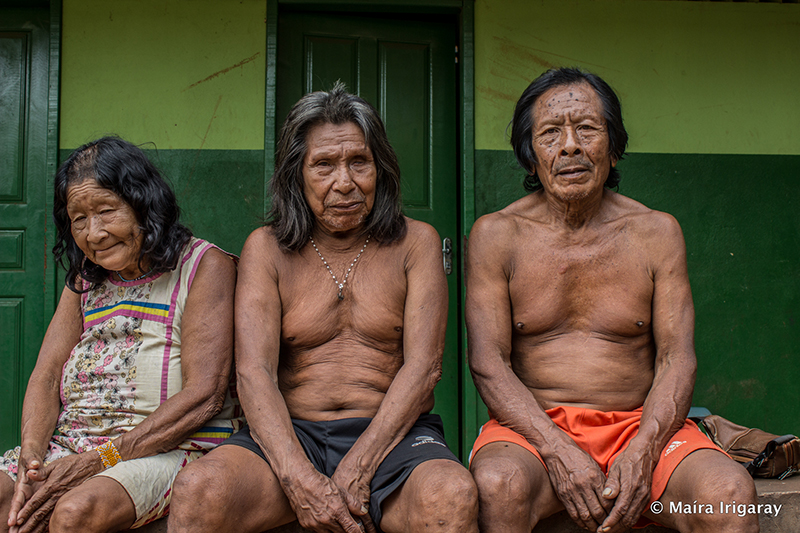 The construction of Belo Monte has had severe impacts on the natural world, which has long been the primary food source for jungle communities. Tribes who have lived a subsistence lifestyle are finding the river and the jungle they rely on aren’t producing enough, or are too contaminated, to feed their families. Indigenous people have been driven into the nearest city, Altamira, to meet their basic needs. Some go to buy food or go to the doctor; others have succumbed to the struggle and left their village entirely.

Many who come to Altamira stay at Casa Do Indio, a house built as a shelter for the recent influx of indigenous peoples. There, they stay in overcrowded rooms, lacking proper sanitation and endangering their health. Far from their homes, stripped of their dignity, they are confronted with the harsh realities of a violent and overcrowded city. 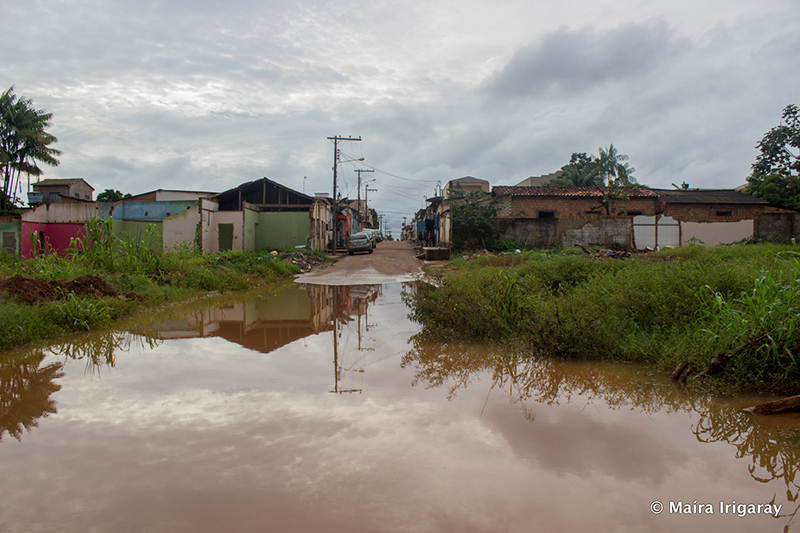 As the city closest to Belo Monte, Altamira has undergone drastic changes due to the dam’s construction. Since the project began, the city’s population has grown by nearly 75 percent; 170,000 people are currently living in a city designed for far fewer. Violence has skyrocketed and entire neighborhoods have been destroyed, displacing residents and demolishing longtime family homes.

Even neighborhoods Norte Energía claimed would be unaffected by the dam are experiencing its impacts. The rapid growth has wreaked havoc on the city’s sewage system. Belo Monte’s operators have implemented no water or sewage treatment solutions whatsoever, and the entire city is suffering from a lack of basic sanitation. As a result, muddied and flooded streets are widespread. People are demanding answers from Brazil’s Environmental Authority, and from Norte Energía. But they’re left with only questions. 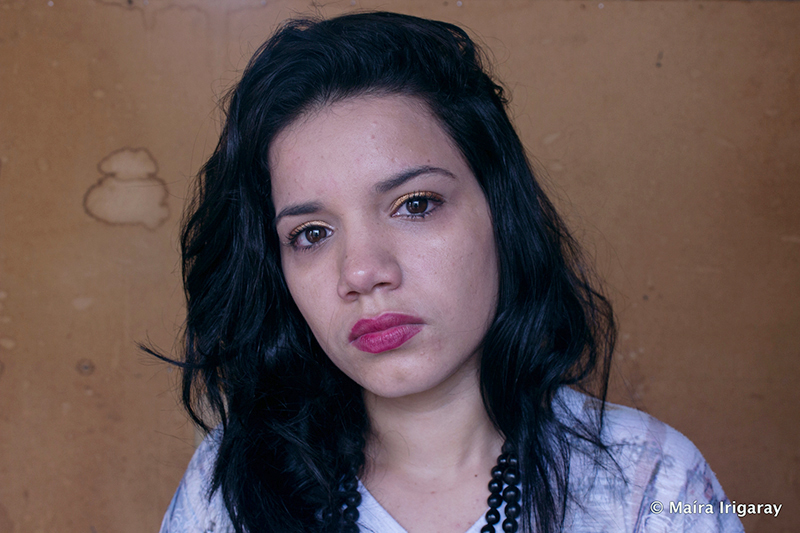 Karoline grew up in a rural community surrounded by her family and the rich natural world she remembers so fondly. When her family had to leave their land behind, they didn’t have many options, and were forced to split up. Her parents went to stay with relatives, and Karoline and her sister left for Altamira. Seeking opportunities, education, employment, they too have since parted ways. As a teenager, Karoline is on her own now, far from home. 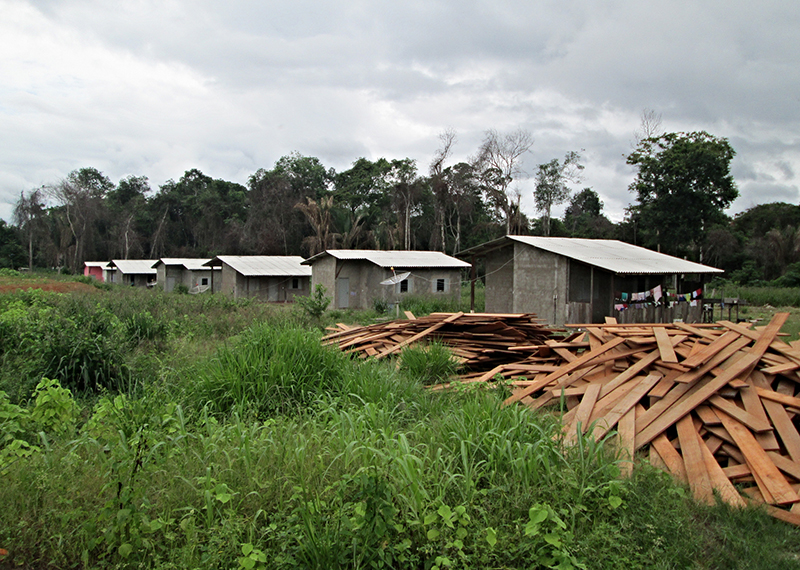 As a requirement of the project’s implementation, Norte Energía must comply with certain conditions, designed to benefit affected communities. They have been implemented in different forms for different situations, none of which could be described as full, adequate or culturally respectful.

The Arara da Volta Grande is one of the communities that will be most impacted by Belo Monte. They live on the Big Bend of the Xingu, where the flow of the river has been substantially reduced. To compensate the community for changes to their way of life, Norte Energía is building them “better” houses. Though still within their territory, the structures are located away from the river. They are made of cement and have thick roofs that trap the jungle heat inside each little box. They are a far cry from the wooden, open, thatch-roofed homes traditional to the Arara’s culture and community.

Instead of providing the Arara people with a functioning well to provide clean water, Norte Energía has given the community houses they don’t know how to live in; houses that, each and every day, would pull them further away from where they’ve always been. 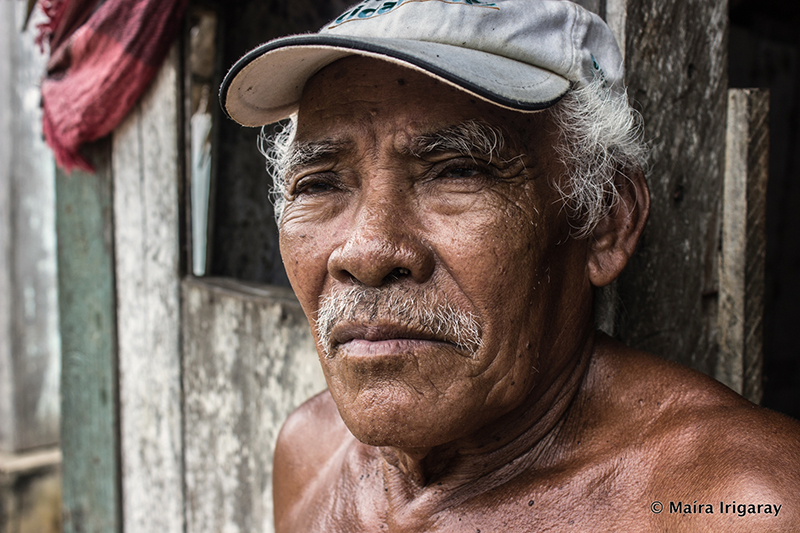 When we talk to members of the indigenous and riverine communities surrounding Belo Monte, we listen to the same answers to many of our questions. The dam is disrupting their way of life. It’s cutting them off from the natural world around them. It’s threatening their culture, their traditional knowledge and the very structure of their communities.

Leoncio Arara, a traditional healer from the Arara da Volta Grande, says he now lives in fear. Fear of the dam breaking, of the water rushing down and flooding his home and his community; fear of the fish dying, of the clean water drying up; fear of the dissipation of his culture and the disappearance of his people, who have lived on and with this land for generations.

In the once-lush jungle surrounding the massive Belo Monte dam, we see injustice everywhere we look. We see displacement and environmental devastation. What we don’t see is accountability.

That’s why we've taken the case to the Inter-American System of Human Rights to have Brazil respond on an international level to the allegations of human rights violations stemming from the construction of the Belo Monte Dam.

We’re dedicated to this struggle and we won’t rest until the people we represent, and all those whose lives have been affected by Belo Monte, see justice.