Short-Lived Climate Pollutants: A great opportunity to put the brakes on climate change

While many of us are alarmed by climate change and its already tangible effects, concern becomes even greater when learning the fact that all the CO2  accumulated in the atmosphere cannot be removed, even if we were to shut down all the sources of emissions today. This reality was confirmed in the Fifth Assessment Report on the state of the climate, issued by the Intergovernmental Panel on Climate Change (IPCC).

The explanation for this is simple: CO2, in contrast to other gases and pollutants, remains in the atmosphere for millennia after being released. It is stuck in the atmosphere for what is eternal for human standards, implying that its greenhouse effect does not end even with an immediate halt in emissions.

The good news is that CO2 is not the only cause of global warming. There are other pollutants that, unlike CO2, only stay in the atmosphere for a relatively short time. These “other” agents are responsible for 40-45% of global warming, and they remain in the atmosphere for a minimum of a few hours to a maximum of a few decades. They are called short-lived climate pollutants, or SLCPs.

Like CO2, SLCP emissions have a negative impact on humans and ecosystems. So a reduction in these pollutants would bring immediate relief to the worst affected by climate change and would bring important benefits to the environment and people.

Although all SLCPs contribute significantly to climate change and share the trait of being short-lived, each has its unique characteristics and emission sources.

Black carbon or soot, is a particulate substance produced by the incomplete combustion of fossil fuels, mainly from motor vehicles, domestic stoves, fires and factories. The dark particles heat the atmosphere as they absorb light, and when the particles land on snow and ice they accelerate melting. Black carbon also affects human health by causing respiratory problems such as lung cancer and asthma.

Tropospheric ozone is a gas formed by the reaction of the sun with other gases called "precursors," which can be man made or naturally occurring. One of these precursors is methane, another SLCP. Tropospheric ozone is associated with diseases including bronchitis, emphysema, asthma and permanent scarring of the lung tissue. Studies also show that this gas has a direct impact on vegetation, reducing crop yields and the ability of plants to absorb CO2. 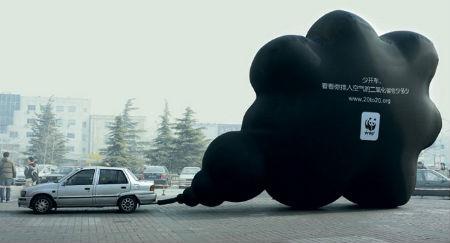 Methane is a powerful greenhouse gas, and 60% of its emissions come from human activities like rice farming, coal mining, landfill and oil combustion. Two important sources of methane include cattle farming, whose effect has dangerously increased with industrial meat production (Spanish), and large dams, especially those in tropical areas.

Hydrofluorocarbons (HFCs) are man-made gases used in the production of air conditioners, refrigerators and aerosols. They have replaced chlorofluorocarbons (CFCs), which were banned under the Montreal Protocol. Although HFCs represent a small proportion of the greenhouse gases emitted into the atmosphere, their use is growing at an alarming speed of an average of 10-15% each year, according to a United Nations Environment Programme (UNEP) report.

According to the IPCC, the reduction of these pollutants could avert a rise in average global temperatures by approximately 0.5 degrees Celsius by 2050, cutting the current rate of global warming in half and helping to protect some of the areas most susceptible to climate change like the Arctic, the high Himalayan regions and Tibet. The mitigation of SLCPs is also crucial for decelerating glacial melting and rising sea levels, a serious situation for the world’s population that lives in coastal areas. 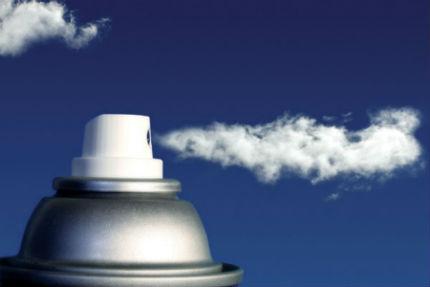 Given that SLCPs stem from different sources, effective mitigation requires a series of comprehensive actions that deal with each pollutant separately. Fortunately, the road is already laid out. Many of the technologies, laws and institutions needed to cut SLCP emissions already exist.

In the case of black carbon, new technologies are inexpensive and available. Developed countries have already reduced emissions significantly through the use of green technologies. Ideas include the modernization of domestic cooking systems in the region, introducing the use of solar cookers and new transport systems with improved exhaust filters to reduce greenhouse gas emissions.

The amount of methane in the atmosphere, which affects the level of tropospheric ozone, is largely dependent on industrial activities. To reduce emissions, effective regulations should be implemented to control the industries that emit the most methane, including intensive cattle farming, mining, hydrocarbons and large dams.

For HFCs, an alternative already exists. There need to be regulations that encourage people to substitute HFCs for greener alternatives, no matter the commercial barriers. Some countries have proposed incorporating HFCs in the Montreal Protocol, an international agreement recognized as one of the most successful initiatives to significantly and rapidly reduce CFC emissions, addressing a similar challenge, to the one we face today.

To find out more about SLCPs, you can read a briefing paper (Spanish) put together by AIDA, CEDHA, CEMDA and RedRacc.