Judy Eckert, a resident of Pennsylvania who lives beside a fracking well, holds water contaminated with arsenic extracted from her private well.

It’s an increasingly recognized reality: the world cannot burn its reserves of fossil fuels and expect the planet to be habitable.

But energy companies continue extracting fossil fuels in pursuit of near-term profit, rather than adapting their business models for the sake of long-term sustainability. Already, much of the world’s reserves of easily extracted, high-quality fossil fuels have been exhausted.

New horizontal drilling technology, combined with hydraulic fracturing (fracking), has made exploitation of hard-to-reach ("unconventional") oil and gas deposits possible. For a variety of reasons, fracking poses very high risks to public health and the environment.

AIDA has begun working with civil society organizations and institutions to generate information, stimulate debate, and join forces to prevent the negative impacts of fracking in Latin America.

The Risks of Fracking

Fracking for unconventional deposits involves drilling into the ground vertically, to a depth below aquifers, and then horizontally through layers of shale rock. Then fracking fluid (a high-volume mixture of water, sand, and undisclosed chemicals) is injected at very high pressure to fracture the shale, thus releasing the oil and gas trapped inside. After fracking fluid surfaces, energy companies typically dump it into unlined ponds. The chemical soup—now also contaminated with heavy metals and even radioactive elements—seeps into aquifers and overflows into streams. 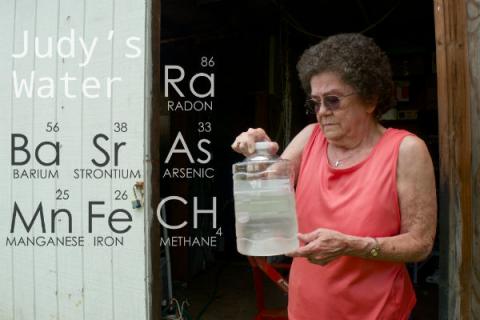 The severe and irreversible damage associated with fracking includes:

For and Against Fracking

Given these risks, France, Bulgaria, Ireland, and New York State have turned their backs on fracking, banning it or declaring a moratorium in their territories.

In Latin America, however, many countries are opening their doors to fracking. Governments are doing so with little or no understanding of its impacts, and in the absence of an adequate process to inform, consult, or invite the participation of affected communities:

In October 2014, with the help of AIDA, the Regional Alliance on Fracking was formed to raise awareness, generate public debate, and prevent risks associated with the technique. The alliance seeks to ensure that the rights to life, public health, and a healthy environment are respected in Latin America.

The idea for the alliance came from previous regional coordination initiatives promoted by Observatorio Petrolero Sur and the Heinrich Böll Foundation.

The alliance currently consists of 33 civil society organizations and academic institutions from seven countries in the region. They are working together to:

The alliance is strengthened by the expertise of its members, its regional scope, and the institutional support provided by organizations in each country. Given its collaborative nature, it is always open to the participation of new institutions and individuals interested in the subject. 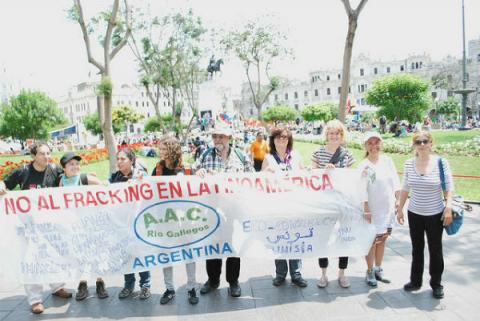 Many civil society organizations, indigenous peoples, and institutions in the region have been working to stop fracking. They have developed strategies to generate information, raise awareness, promote public debate, and influence decision makers. Their achievements encourage us to improve coordination for greater impact throughout Latin America.

Already, their efforts have resulted in:

Through regional collaboration, AIDA will continue to make progress on preventing the impacts of fracking in our communities, and promote an energy future that is both renewable and humane.