The Mapuche: in defense of ancestral territory in Argentina | Interamerican Association for Environmental Defense (AIDA) Skip to content Skip to navigation

The Mapuche: in defense of ancestral territory in Argentina

Home » Blog » The Mapuche: in defense of ancestral territory in Argentina

In the south of the province of Mendoza, Argentina, several communities belonging to the Mapuche people—one of the 39 self-recognized indigenous peoples throughout the country—have come together in the Malalweche Territorial Identity Organization to defend their rights, way of life and territorial integrity from extractive, energy and tourism activities and projects.

One of the threats that these communities are currently facing is the advance of the exploration and exploitation of unconventional hydrocarbons through fracking.

In 2018, the government of Mendoza issued Decree 248, which regulates fracking activities in the province.

Before issuing the norm, it overlooked the right of the Mapuche communities in the area to be consulted and to give their free, prior and informed consent. It then made the consultation conditional on the communities having legal recognition of rights over their territory.

Since then, the Malalweche Territorial Identity Organization has been fighting a court battle to have the decree declared unconstitutional.

The lawsuit, initiated by the Oikos Environmental Network Association, is backed by national and international environmental organizations, including the Association for the Promotion and Protection of Human Rights-Xumek, the Environment and Natural Resources Foundation (FARN), AIDA and Earthjustice.

The Mapuche communities are tireless in their struggle.

The reason is simple: their strength comes from what they protect. It comes from their intimate connection to the territory and all that it holds.

A broader vision of territory 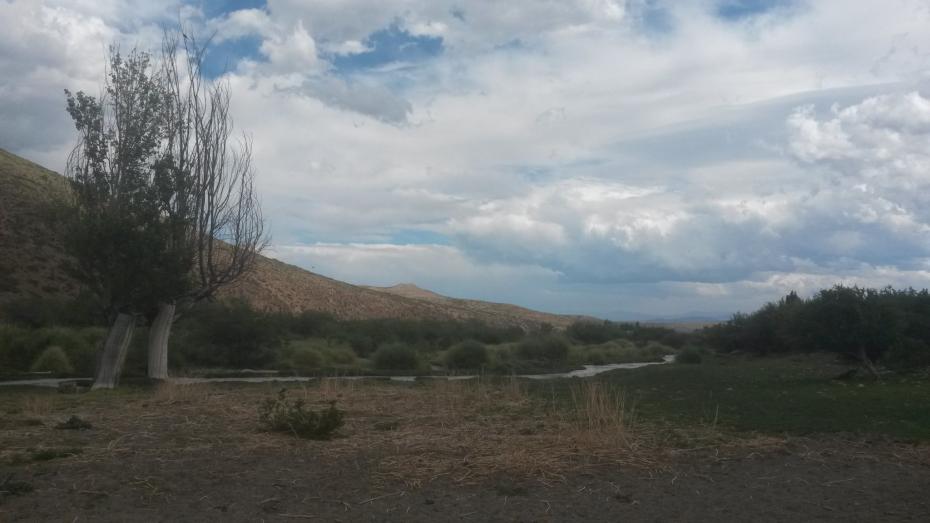 As in the case with indigenous peoples across the American continent, territories of the Mapuche people are rich in natural resources, which causes large interests to set their eyes on them, ignoring or wanting to ignore those who legitimately inhabit them.

For the indigenous communities, territory is not limited to geographical space, but is conceived as the wider space from which human activities, such as grazing paths, emerge and converge.

Rivers, mountains and animals are essential elements of the ancestral territory of the Mapuche people. They are distinctive parts of their culture.

"These elements also make up the transhumance—a type of pastoralism that consists of seasonal movement along migratory routes—of the people who move, who go from one place to another," explains Gabriel Jofré, a traditional authority and spokesperson for Malalweche.

"Today the territory is limited by private property, which makes you settle in a place; our parents used to say that you go where the territory takes you.”

The intrusion and territorial usurpation by dominant and oppressive elites —at the beginning of the 20th century—led to the exodus of members of the Mapuche people, the dispersion of others and the silence of many more for fear of repression.

In defense of community life

Faced with the environmental, social and economic impacts of the intrusion of business activities in the ancestral territory of the Mapuche, the organization Malalweche promotes access to indigenous community property.

Although the Argentine State recognizes in its Constitution the ethnic and cultural pre-existence of indigenous peoples and has ratified international conventions that oblige it to respect and guarantee their rights, the legal recognition of the rights of Mapuche communities to indigenous territories faces administrative obstacles and delays due to bureaucratic processes.

"That is why, to avoid legal obstacles, we have developed the strategy of creating productive cooperatives," explained Gabriel.

Kume Matru food products factory, a cooperative enterprise, was inaugurated on June 23, the date on which Winoj Tripantu, or the beginning of the Mapuche year, is celebrated.

Kume Matru is a clear example of the versatility of these communities to walk the path of sharing and bringing together their own needs and those of others; to deliver not only food, but also the whole chain of hands that made it possible.

"The people who recover these processes are a reflection of the ancestral forces that are in the territory of the pullü, the spirit of our grandparents," said Gabriel. "It is our children who begin to recover what at some point was cut off, these are processes that must be protected in order for that to happen."

In line with this need, last March, the Inter-American Commission on Human Rights established that, in a context of climate crisis and environmental deterioration, "the States have the duty to title, delimit and demarcate the collective ancestral territory, attending to the particular characteristics of the specific human group and avoiding granting concessions for projects that may affect the territories in titling, delimitation and demarcation processes without a process of consultation and consent".

The norms are clear, both domestic and international. States must guarantee the rights of indigenous peoples, avoiding governmental acts and/or judicial rulings that could affect them, and ensuring that economic development is sustainable and respectful of environmental integrity.

Let us recover the legacy of the original peoples, who teach us to live in harmony with nature, as parts of the whole, interconnected with their forces, from which our own must also emerge as a renewed impulse to defend our common home.

María José González is a consultant for AIDA's Ecosystems Program from Argentina. She is a lawyer from the Universidad Nacional de Cuyo and has postgraduate studies in Environmental Law and Water Resources, International Human Rights Litigation, International Law and Legal English. She is also a candidate for a PhD in Legal and Social Sciences at the University of Mendoza. She works as a legal advisor in environmental and human rights law and is a member of legal teams of local and national organizations in defense of the environment.