Infographic: Rainfall in January 2015 was the lowest in Chile in the last 50 years, registering a water deficit of 95 percent.

Toward a law to protect glaciers and water in Chile

More than 70 percent of the world’s fresh water is frozen in glaciers,[1] making these giants the most important freshwater reserves on the planet.

The distribution of this wealth has been generous to some countries. According to the Randolph Inventory, the most complete map of glaciers in the world, Chile is the guardian of the largest area of glaciers in South America: 14,600 square miles distributed across thousands of glaciers that reach from the peaks of the Altiplano in the north to the extreme southern tip of the continent.

The most dangerous threats to glaciers are climate change and industrial activities near them, especially mining. Through strategic litigation and advocacy, AIDA is working to halt the harms from both of these threats.

Climate change has caused the decline of snow and rainfall, as well as an increase in temperature, which reduces the accumulation of ice and increases the melting of glaciers.

Mining exploration and exploitation degrade glaciers with road construction, drilling, explosives, and toxic materials. These activities also generate dust that settles on glaciers, making them darker and accelerating their rate of melt.

Although we know that water is fundamental for life, and that glaciers are dangerously threatened, surprising littleinternational law protects glaciers. No international treaty aims to preserve them, nor is any such treaty under consideration.

At the national level, only Argentina has a law to protect its glaciers. In Chile, draft legislation to protect glaciers has been debated in Congress for many years. Bearing in mind the drought currently plaguing the country, what better reason could there be to develop a SMART legal tool to care for Chilean glaciers? 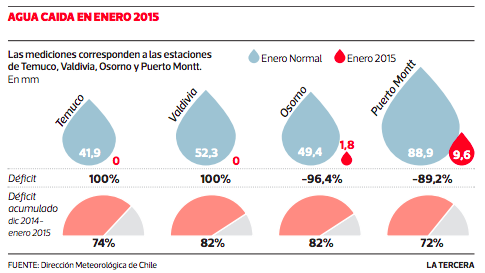 In search of a law

The first attempt to enact a law to protect Chile’s glaciers was in 2006. It was driven by the approval of the Pascua-Lama mining project, which threatened the mountainous glaciers in the north of the country. The unsuccessful initiative was shelved in 2007.

On May 20, 2014 members of Congress, calling themselves "the Glacier Caucus," proposed a new law to preserve the glaciers. Mining and geothermal companies severely criticized their proposal, which forbade mining and other activities that harm glaciers.

This March, the executive branch made a counterproposal. According to environmental organizations, the spirit of the Glacier Caucus law was completely changed in response to mining-industry demands.

What follows are points for and against the government’s proposal, based on the minutes in (Spanish) of a collaborative meeting of environmental organizations:

Internal debates in Congress will continue. We truly hope the resulting law will provide all glaciers with their due protection and that similar laws will be enacted in the rest of the countries where glaciers hold precious water for future generations.

Meanwhile, AIDA’s dedicated legal advocates are working hard to prevent and minimize mining threats to the environment and people. AIDA is currently preparing a guide, Basic Guidelines for the Environmental Impact Assessment of Mining Projects: Recommended Terms of Reference (in Spanish), detailing the comprehensive analysis that must be completed for any proposed mining project. We are advocating with government agencies to conduct thorough assessments before approving new mine projects and, when necessary, we’re pursuing strategic litigation to compel agencies to improve their assessments.

We’ve also begun to create a pool of technical experts to help local communities and governments understand and evaluate proposals for mineral extraction.

Please watch this blog for upcoming news about mines, water, and AIDA’s efforts to protect a healthy environment.

[1] According to data from Global Water Partnership: http://www.gwp.org/