Victory in Colombia: Citizens Vote to Ban Mining in their Territory | Interamerican Association for Environmental Defense (AIDA) Skip to content Skip to navigation

Victory in Colombia: Citizens Vote to Ban Mining in their Territory

Home » Blog » Victory in Colombia: Citizens Vote to Ban Mining in their Territory

On March 26, 2017, 98% of voters in Cajamarca, Colombia decisively rejected mining in their territory.

The results of the referendum (or “popular consultation”) are binding under Colombian law. Now municipal authorities must issue regulations to implement the ban.

AIDA was part of the legal team that advised the Cajamarca community and developed a strategy, including the referendum, to stop a proposed mine that threatens to pollute the water supply.

AngloGold Ashanti was in the exploration phase of a project called La Colosa (the Collosus)—aptly named, because it would be among the world’s 10 largest open-pit gold mines, the second-largest in Latin America.

In a country coming out of a 50-year civil war, the referendum is a victory not only for the environment, but also for democracy.

Banning mining through popular consultation demonstrates a commitment to solving environmental conflicts in a peaceful and participatory manner. It also allows citizens to exercise their human right to have a voice in public issues that affect them—a key element of true democracy—and to safeguard their human right to a healthy environment. 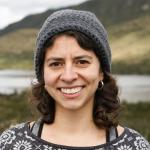 Verónica Muriel Carrioni is a Colombian attorney that was part of AIDA's Freshwater Preservation Program. Veronica has an LL.M in Environmental and Natural Resources Law from Lewis and Clark Law School in Oregon, United States, where she was part of the International Law Clinic. She has experience negotiating international multilateral environmental agreements. She is also well versed in the practice of environmental, mining, and hydrocarbon law.