Coal or life: Walking where a stream once ran | Interamerican Association for Environmental Defense (AIDA) Skip to content Skip to navigation

Home » Blog » Coal or life: Walking where a stream once ran

The appointment was on a hot Sunday in July.

Together with Wayuu indigenous and Afro-descendant communities displaced by coal mining, members of social and human rights organizations, employees of Cerrejón, and government officials, I walked for more than five hours over the barren land where the Bruno Stream once ran.

What I saw in my path were the remains of snails that died of thirst, stuck to the mud, and the lifeless body of a tigrillo that showed us so clearly what mustn’t happen again.

The Bruno is a vein of water that once irrigated the department of La Guajira, located in Colombia’s far north, a region hit years ago by extreme drought.

It is a major tributary of the Ranchería River, one of the department’s most important water sources, and forms part of the underground water systems that have long given life to the region’s communities.

It was painful to walk where the Bruno once flowed free, and to think—while doing so—that what is now a dry riverbed was once abundant with life.

That Sunday, we also toured the area intended to be the artificial channel of the stream.

Several things made on impact on me that day.

One of them was that, although the rivers belong to us all and natural water sources are public, we were accompanied the entire time by employees of the company. While walking the stream, we entered the land “owned” by the coal-mining concessionaire.

Communities that used to travel freely along the banks of the stream can no longer do so today.

Although the Bruno is one of few streams in Colombia’s driest department and one of the scarce sources of fresh water for communities living there, its channel was clogged and diverted to facilitate mining.

An engineering project has altered one of the most important streams for a thirsty region and created an artificial path through which not a single drop of water flows.

“If they carry water, they’re rivers; if not, they’re roads,” a verse from Guatemalan indigenous poet Humberto Ak’abal teaches us.

The new “channel” of the Bruno is not a river, but “a barren road” attesting to the deterioration of a sensitive ecosystem. The “road” does not recover or mitigate the damages from the stream’s diversion. On the contrary, it produces new ones.

The world is facing a climate crisis, and coal mining is one of its primary causes. While many countries are replacing the use of coal in their energy matrices with cleaner options, Colombia has decided to dry up a river to exploit more and more coal. 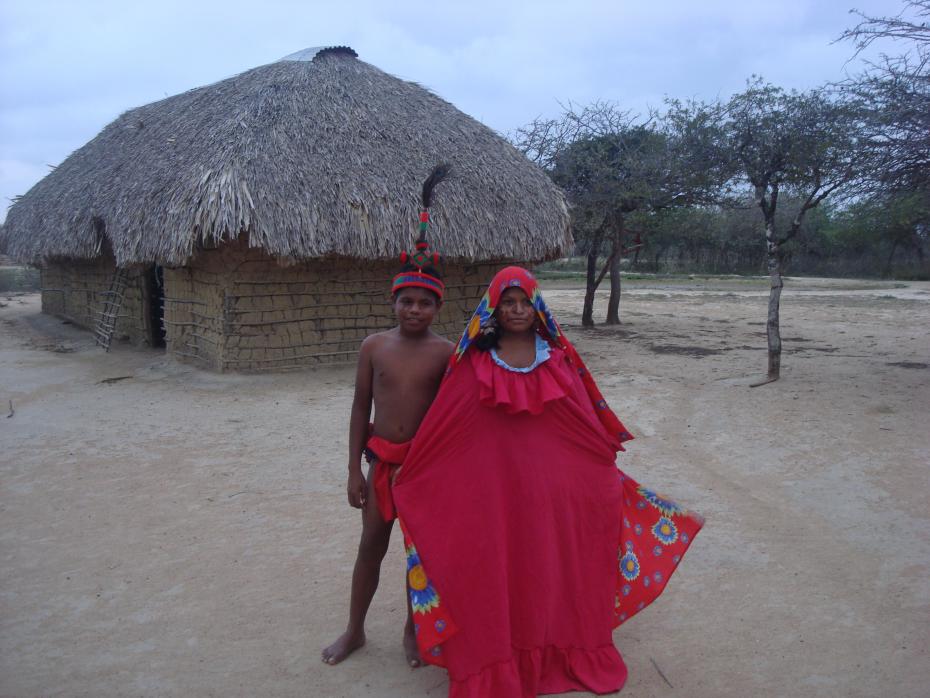 The day after the walk, the frustration of the absurd did not prevent me from embracing a glimmer of hope.

On Monday, I joined representatives of indigenous communities and local organizations at a public hearing convened by several Congressmen to discuss what happened with the Bruno.

The strength and dignity of their words, in which decades of resistance were encrypted, fed my soul.

“This territory is ours, our rivers are our life and we care for life—for our children, for our present, for our future and that of the world.”

As it has done many times before, La Guajira spoke to the country and the world.

They told the Congressmen that it’s not possible to prioritize the use of water for mining over human consumption.

They warned that the country must transition to an energy production that doesn’t cause the damages that coal mining has to the climate, human rights, and the species and ecosystems that sustain us.

The stream must return to its channel, the snails must drink again from its waters, and no tigrillo should die due to the intentional destruction of its natural habitat.

In a 2017 ruling, the Constitutional Court demonstrated that uncertainties exist as to the environmental and social impacts of the Bruno Stream riverbed modification project. The Court ordered the creation of an Inter-Institutional working group to resolve the complaints of the affected people.

AIDA, along with our partner organizations, will continue to accompany this struggle to demonstrate the harms of coal mining and promote clean alternatives that respect both people and the environment.