Why defend the environment? | Interamerican Association for Environmental Defense (AIDA) Skip to content Skip to navigation

Why defend the environment?

“The earth will be as the men are.” (Nahuatl proverb)

“They murdered a friend of the collective in Amatlán,” read the text message I received on the afternoon of August 2. They had killed Noé Vázquez Ortiz, an artisan, farmer and member of the Defensa Verde Naturaleza para Siempre (Green Nature Forever Defense) collective, a group of citizens from Amatlán de los Reyes, a municipality in Veracruz, Mexico. Since 2011, the collective has been fighting against the construction of the El Naranjal hydropower dam, a project that will disrupt rivers and affect the livelihoods of some 30,000 people in five neighboring municipalities. 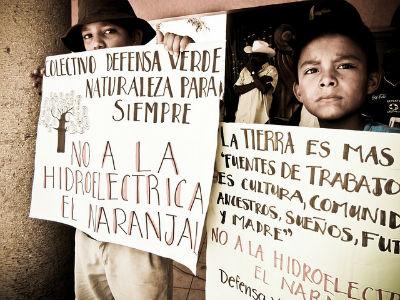 Noé was killed while gathering flowers and seeds for the opening celebration of the 10th anniversary of the Mexican Movement Against Dams and in Defense of Rivers (MAPDER).

I never met Noé and I’ve never visited Amatlán de los Reyes. But for the past three years I have been following the struggle of the Amatlán people to protect their land. The tragedy prompted me to ask myself: Why should we defend the environment, and what motivates people to risk their lives for it?

There are important reasons why it’s essential for us to defend the environment, which I am sharing here. While this is not an exhaustive list, I think it does help at least to explain key motivations.

The right to a healthy environment

The right to live in a healthy environment was established in the 1972 Stockholm Declaration and reaffirmed in the Rio Declaration of 1992. This right encompasses others such as the right to life, the right to food and food security, access to drinking water and sanitation through the protection of water sources, forests and wildlife. Environmentalists are more than anything defenders of human rights, as AIDA attorney María José Veramendi has said.

The defense of our identity as communities

Natural resources have played an important role in the development of civilizations throughout human history. This is manifest in the construction of community culture and identity. The legends, stories, traditions and characteristics of the Mesoamerican communities, for example, are intrinsically linked to the gifts of nature. During Easter in Nicaragua, children re-enact the crucifixion of Jesus Christ in an aquatic Via Crucis (in Spanish) (Stations of the Cross) on Lake Nicaragua, the largest freshwater source in the country, while the river system is an important aspect of the famous Mexican legend of “The Weeping Woman.” 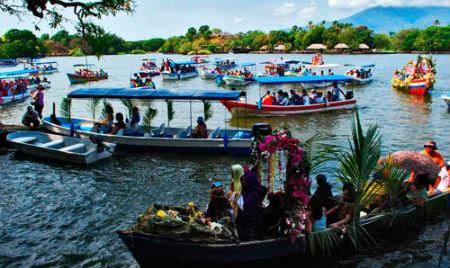 In the Rarámuri territory of Mexico, “corn provides the backbone of the indigenous Sierra Tarahumara culture as it does for all ethnic groups in the country. Any changes involved in the production, consumption and distribution of the grain signifies a transformation in the social, cultural and biological persity of these ethnic groups,” says Horacio Almanza Alcade (2004, in Spanish).

What will happen to our cultural wealth and identy when natural resources are depleted? Will we lose our identities as communities? These questions are worth asking.

The continuity of the human species

For me, defending the environment is a way to preserve the human species with a high standard of living and quality of life. In a well-known letter from 1854, Chief Seattle of the Suwamish tribe wrote in reply to an offer by US President Franklin Pierce to buy the country’s northwest territories the following: “Whatever befalls the earth, befalls the sons of the earth. If men spit upon the ground, they spit upon themselves.”

Today, the harm we are inflicting on the environment comes at a great cost. According to the most recent estimates (2013) of the World Health Organization (WHO), more than two million people die each year from inhaling small particulate contaminants in the air both indoors and outdoors. Malaria kills over one million children under the age of five every year, mostly in Africa. The spread of the disease is worsened by poor water storage and handling, inadequate housing, deforestation and the loss of biopersity.

Defending the environment is no easy task. At every level, whether in communities, national or international organizations, civil associations or NGOs like AIDA, tackling the problem requires many hours of work and study at the sacrifice of time away from family and friends. In many cases, environmental defense means risking lives for the sake of others, for the sake of society.

Protection is needed. It is the obligation of governments and authorities at home and around the world to provide this necessary protection and support to the defenders of the environment.