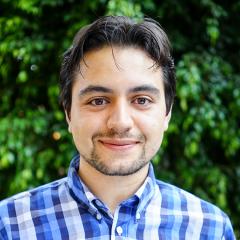 Andrés Angél is scientific advisor to the Freshwater Preservation Program. A Colombian, he works with AIDA from Bogotá. He has a Bachelor's degree in geology and a Master's degree in Public Policy with an emphasis on GeoGovernance from the University of Potsdam, Germany; his studies there were carried out through a DAAD scholarship. Andrés has experience as a researcher in diverse socioecological conflicts and territorial defense processes, primarily those related to neo-extractivism. He has also worked in the public sector of Colombia in environmental control.