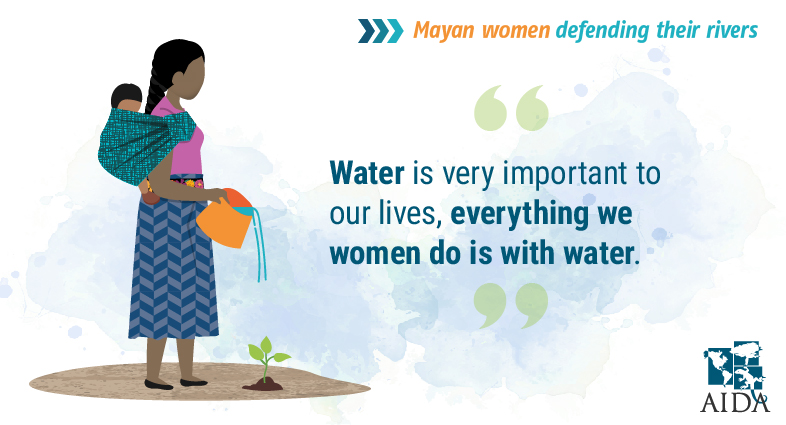 For Maria and the other women of Ixquisis, the river is a special place.

There, they meet and wash clothes, talk about their families, their to-do lists, their joys and their worries.

However, life in Guatemala's microregion of Ixquisis has changed dramatically in recent years.

Several large dams are being constructed in the watershed, including the Pojom II and San Andrés dams, both of which were financed by a private lending arm of the Inter-American Development Bank (IDB).

Even before completion, dam construction has resulted in water scarcity and the contamination of these long-cherished rivers. Fish are no longer abundant, and stomach and skin diseases have become commonplace.

To make matters worse, the people of Ixquisis no longer feel safe. For speaking out against the dams, the women live in fear of retaliation — be it against themselves, their husbands or their children. However, despite the risks, they will not be silenced.

The women of Ixquisis need your support.

Sign the petition and stand with Maria and the women of Ixquisis to call on the Inter-American Development Bank to divest from the dams that are polluting their water and threatening the health and safety of their community.