In July, Brazil's high court ruled that the government has a constitutional duty to allocate the necessary economic resources to support the operation of its Climate Fund, a tool created to combat the climate crisis, which has been paralyzed in recent years.

With this ruling, the Supreme Federal Court resolved the first climate litigation in its history and set an important precedent for Brazil and the world.

The decision equates the Paris Agreement—which seeks to strengthen the global response to the climate emergency—with a human rights treaty, granting it a higher status than ordinary laws and other inferior norms such as Executive Branch decrees.

This may give way for courts and judges in other Latin American countries to make the same recognition.

"The Supreme Federal Court created a privileged framework of protection for climate change mitigation and adaptation, one that ensures one of the fundamental pillars of climate action: financing," explains Marcella Ribeiro, an AIDA attorney.

"Furthermore, it made clear that the Executive Branch, by restricting resources that by law are destined for climate action, is failing to comply with international agreements and conventions on human rights to which Brazil is a party."

The Brazilian Socialist Party, the Socialism and Liberty Party, the Workers’ Party and the Sustainability Network Party filed the lawsuit over the Brazilian government’s failure to provide resources to the Climate Fund in 2020, with support from the Climate Observatory and the Alana Institute. 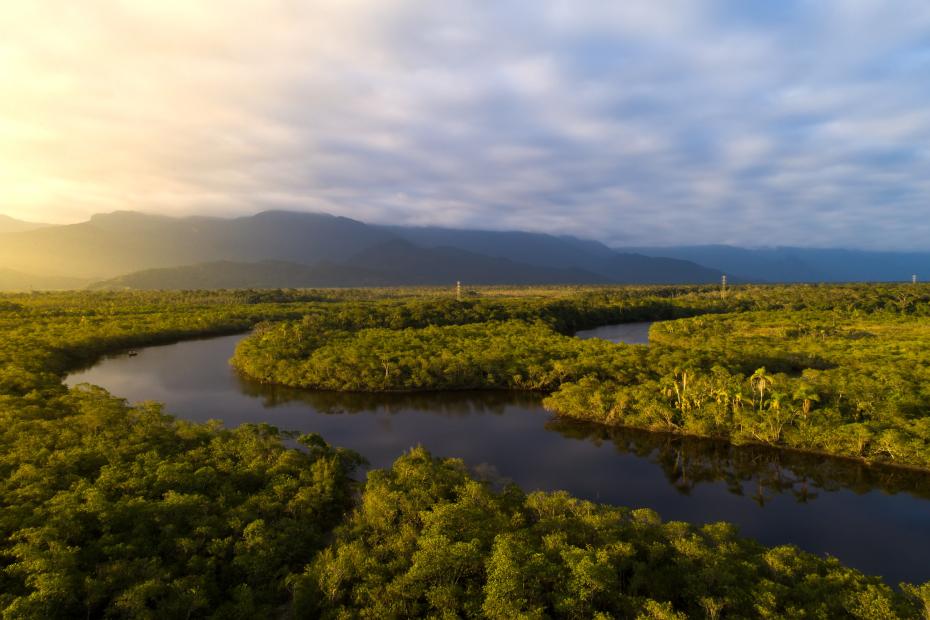 Litigation as a strategic tool

The case of the Climate Fund in Brazil demonstrates that strategic climate litigation is an effective and necessary way to help the continent's governments and companies meet their climate commitments.

In its most recent report, the Intergovernmental Panel on Climate Change (IPCC) highlighted that climate-related litigation is on the rise and, in some cases, has influenced the results and ambition of climate governance, understood as the way in which different actors—state, civil society, academia and the private sector—define, implement and monitor actions aimed at addressing the causes and consequences of climate change.

"In the global south, Brazil is one of the countries where climate litigation is developing most strongly," highlights Javier Dávalos, AIDA senior attorney. "The country is characterized by a growing ecosystem of litigants and organizations that are taking the climate fight to court."

Brazil's push for climate litigation in the region is critical because the country is home to 65 percent of the Amazon, a key ecosystem for global climate regulation and one that is at serious risk.

Brazil emits the most carbon dioxide of any Latin American nation, with deforestation representing the largest source of these emissions. In this sense, it is fundamental that one of the judges who heard the Climate Fund case explicitly pointed out the large increase in deforestation in the Amazon in 2021— the highest in 15 years: more than 22 percent, and a total area of 13,235km².

It is therefore essential to demand in court that the Brazilian state fulfill its obligations to protect the Amazon and the global climate.

The importance of financing solutions

These resources must come from two complementary sources, private and public financing. Government financing of climate action represents a relevant public policy and thus must conform to a country's laws.

In its ruling, the Brazilian Supreme Federal Court recognized the Climate Fund as the main federal instrument for financing climate action and meeting national greenhouse gas emission reduction targets. It also noted that the government kept the fund paralyzed for two years.

Considering that the resources intended to fight the climate crisis seek to materialize fundamental human rights, the court concluded that the government couldn’t restrict them.

"Guaranteeing the allocation of resources for climate action means setting a clear limit from which we cannot retreat," Ribeiro said. "Despite the clear violation of the Brazilian state's duties regarding the right to a healthy environment, reflected in the dismantling of environmental norms and institutions, the Brazilian Supreme Court's ruling put a brake on the erosion of the legal protection of the environment and climate in the country."

Marcella Ribeiro d’Avila Lins Torres is Brazilian. She is currently an attorney of the AIDA's Human Rights and the Environment Program, working from Recife, Brazil. Marcella has an LL.M in International Human Rights Law from the University of Notre Dame, United States. She is well versed in the practice of human rights law, especially economic, social and cultural rights. She has worked at the Inter-American Court of Human Rights.