In the context of the pandemic, and since the beginning of Colombia's obligatory isolation, businessmen have asked the Colombian government to "simplify environmental procedures."

On April 3, 25 entrepreneurs sent a letter to President Iván Duque asking for the simplification of processes including prior consultation, environmental licenses and royalities.

One of the first measures undertaken was the attempt to simplify the prior consultation, proposing to make it virtual. In response, indigenous communities and the Ombudsman's Office requested that the Ministry of the Interior respect human rights and reverse the measure, which it did.

However, the quest to change the way consultations are conducted continues. At the request of the Ministry of the Environment, the National Environmental Licensing Authority (ANLA) is promoting several virtual environmental hearings, even proposing they be held on radio and digital platforms such as Facebook and YouTube. These are hearings to address key environmental issues in the country.

The problem is that communication on these platforms is unilateral, denounced the organization DeJusticia, thus eliminating the possibility of discussing technical issues, and presenting an obstacle for those with limited access to the Internet.

On April 13, 2020, ANLA issued Resolution 642, which opened the way for virtual participation processes.

Days later, the licensing authority scheduled a virtual hearing to discuss a very important issue for the region: the return of aerial spraying with glyphosate, a toxic herbicide. The hearing, scheduled for May 27, was intended to address the modification of the glyphosate environmental management plan. But, thanks to a legal action, on May 18 a judge from the department of Nariño suspended the hearing.

As evidenced, there exists an ongoing intention to carry out similar proposals during the pandemic. Many have been halted by the early warnings of citizens, judicial actions or statements by control authorities.

On 20 May, the Administrative Court of Santander ordered the Ministry of the Environment to plan virtual working groups.  It has also called for a virtual public hearing on the Santurbán páramo, where a mega-mining project threatens to harm this strategic ecosystem, which is vital for local water supply and the mitigation of the climate crisis.

Holding virtual hearings implies a damage to the rural, indigenous and urban communities affected by a project, and to Colombian society in general.

In addition to being in the midst of the worst crisis in recent history, these communities lack access to the internet and the basic necessities that could guarantee their virtual participation.

In Colombia, and across the region, the rights of access to information, justice and participation are among the most violated. We must stand at high alert so that the pandemic does not become an excuse to continue abusing them.

All remaining proposed virtual proceedings must be immediately suspended, until there exists guarantees for the due exercise of the right to participation and the exercise of national and international oversight in these matters. 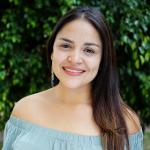