"Defenders prevent us from entering into a situation of no return"

If you’re seeking to improve air quality in your city or working to halt a project that poses risks to the people and environment in your community, you are an environmental defender, although you probably haven't thought of it that way.

Defenders are on the front lines of the battle to protect the environment and human rights, challenging public and private interests. Many of them face great difficulties in doing so, suffering from serious rights violations like persecution, threats, the use of public force, legal sanctions and even assassination.

According to Global Witness’ most recent report, 212 murders of environmental and territorial defenders were recorded in 2019. Latin America was the most affected region, with Colombia leading the list with 64 murders.

Despite the fact that States have the obligation to protect, respect and guarantee the rights of those who defend the environment, violence against them is worsening.

On April 22, Earth Day, the Escazú Agreement came into force. It is the first environmental treaty in Latin America and the Caribbean that values the work of environmental defenders and obliges States to protect them and punish actions that violate their rights.

Marcella Ribeiro, a Brazilian attorney with AIDA's Human Rights and Environment Program discusses the reality of those who defend the environment in Latin America, and the leading role that governments should play in protecting them.

What is the current situation of environmental defenders worldwide and particularly in Latin America?

We are going through a moment of extreme vulnerability. At the beginning of the pandemic, and particularly in the countries that are home to the Amazon, media covered shifted to focus only on news related to COVID-19. In this context, defenders were increasingly threatened and some were even killed without any public repercussions.

In what way did the pandemic exacerbate their vulnerability?

I am going to speak from the perspective of Brazil, where I am located. Environmental human rights defenders have had to defend themselves against both the state and companies that seek to enter their territories and implement a vision of development that is not in line with the vision of the communities themselves.

Why is it important to protect the people who defend the environment?

Because they are the first force there is for the defense of territory, nature and human rights, not from an individual perspective, but from a collective one. What they do is protect all of us, our rights, our air and our water, even our food security. Defenders prevent our planet from entering into a situation of no return: once the forest is cut down or the river is polluted, there will be no way to recover those ecosystems.

With the entry into force of the Escazú Agreement, how does the situation of these people change and how can they be guaranteed access to justice?

The Escazú Agreement is the first international legal framework focused entirely on defenders that seeks to ensure that justice and guarantee their rights. Not all Latin American countries have ratified it. This agreement complements and supports efforts to protect them, but for it to be effective we need countries to truly integrate these responsibilities into their national systems so that defenders can use it to their advantage.

Political will is vital to protect those who defend the environment, how do you assess progress in this regard?

It is evident that environmental defenders in Latin America are being increasingly threatened, even murdered. As this issue gains visibility, I believe that we are seeing a change and an increase in concern from States, even if it is not entirely genuine. While it is difficult to believe in the political, autonomous and altruistic will of Latin American governments, I do believe that the visibility achieved by the Inter-American Human Rights System, the United Nations and NGOs working to document and link the motivations behind these murders gives us a collective strength.

Megaprojects should be implemented with a human rights-based development, but what happens when a State opposes the will of people or communities to reject them?

Often in Latin America, States decide that a project is going to be implemented regardless of community resistance, or environmental risks related to the project. That is not connected to development, but to corruption. Promoting projects that we know are going negatively impact thousands of people is directly connection to corruption. We need stronger links between those of us working on human rights and environmental issues and those investigating corruption, in order to try to break those links before they are implemented.

Given their work for the common good of all humanity and the increasing violence defenders face, AIDA has developed a guide that explains the obligations States have regarding the protection of environmental defenders. 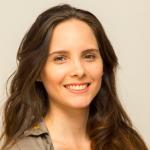 Tatiana Ruiz Berman is an intern with AIDA's communications team, working from Argentina. She is an environmental journalist with a degree in Social Communication. She dedicates part of her time to disseminating environmental issues on social networks, local media and her personal blog. Her goal is to communicate in a clear and accessible way about the climate and ecological crisis that the planet is facing in order to promote actions towards its solution. Tatiana is also an occasional contributor to Fundación Espacios Verdes (Buenos Aires).