Why these algae-eating fish may be corals’ greatest allies

Numerous studies have shown that herbivorous fish play a fundamental role in the health and survival of coral reefs by removing the algae that robs corals of the light and space they need to grow.

But populations of these small algae-eating fish are diminishing rapidly due to human activity, which puts our reefs at greater risk. In the Mexican Caribbean, for example, 60 percent of the reefs are considered in poor or critical health.

There exist a diverse array of herbivorous fish in our oceans; they’re grouped into various families that are, in turn, divided into groups according to their feeding habits and roles in controlling algae growth. Parrotfish are among the most important species, as their strong beaks allow them to clean large amounts of macroalgae.

Herbivorous fish live in tropical and subtropical waters, including many Latin American and Caribbean nations—Belize, Colombia, Guatemala, and Mexico, to name a few. These fish contribute to the health of key coral ecosystems like the Mesoamerican Reef System.

Despite serving as fish hatcheries and natural barriers against hurricanes, coral reefs are extremely fragile and vulnerable to the global climate crisis, which is driving ocean acidification, sea level rise, and increased algae growth.

Experts say that, when faced with the reduced presence of herbivorous fish, reef systems lose their capacity to recover from extreme weather events like hurricanes, which are becoming more and more powerful.

But the relationship between herbivorous fish and coral reefs is at increasing risk.

Dwindling herbivorous fish populations are evident in the Caribbean, where fishing communities have begun to capture parrotfish after overfishing commercial species.

The destruction of mangroves and marine grassland habitats put these fish at risk, since many species of parrotfish rely on them during their life cycle.

Environmental degradation also increases sedimentation and the concentration of nutrients, causing an increase in macroalgae. Algae growth and an increase in coral diseases are the result of pollution caused by inadequate wastewater management and runoff from commercial agriculture.

These problems require the implementation of urgent measures aimed at preserving herbivorous fish populations and, with them, maintaining the health and regenerative capacity of coral reefs.

Such measures should include the establishment and adoption of clear fisheries management and conservation strategies to ensure the recuperation of herbivorous fish, particularly parrotfish, populations. Protected marine areas or regeneration zones that prohibit fishing in key areas should also be created.

In nature, symbiotic relationships, like that of herbivorous fish and corals, are abundant. We must learn to recognize and value them. 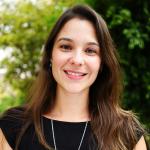 Maria José Gonzalez-Bernat is the Area Coordinator for AIDA's Ecosystems Program. She works from Bogotá. María José is a biologist with a Masters in Marine Science from the University of Otago, New Zealand, and a Ph.D. in Governnace from the University of Western Australia. She has experience in the conservation and management of marine ecosystems, climate change, marine-coastal governance and policies, as well as the effective management of marine protected areas. She has worked with non-profit organizations and in Guatemala's public sector, primarily in research and issues related to marine protected areas.