Contamination and COVID-19: Why didn't air quality Improve in the Valley of Mexico? | Interamerican Association for Environmental Defense (AIDA) Skip to content Skip to navigation

Contamination and COVID-19: Why didn't air quality Improve in the Valley of Mexico?

Home » Blog » Contamination and COVID-19: Why didn't air quality Improve in the Valley of Mexico?

Measures adopted to deal with the global health pandemic caused by COVID-19 have led to a reduction in some atmospheric pollutants, which has considerably improved air quality in various cities around the world.

Yet in the metropolitan area of the Valley of Mexico (MCMA)—which includes Mexico City and surrounding towns—air quality has not improved despite the suspension of activities associated with sources of pollution like traffic and industry.

Months before the health emergency was declared in late March 2020, the air quality reported by the Valley’s Atmospheric Monitoring System was in the range of "regular" to "bad," due primarily to vehicle congestion.

With restrictions on mobility established due to the pandemic, vehicle traffic decreased by up to 70% and, with it, so did some of the air pollution. According to official information, distancing measures caused a reduction in carbon monoxide and nitrogen oxides—of 58 and 32 percent, respectively.

However, tropospheric ozone (O3), one of the most damaging pollutants to air quality and human health, did not decrease significantly (only 3 or 4 percent, according to official data).

That’s why, in May, two months after measures were adopted to address the health crisis, air quality in the Valley of Mexico remained at the same parameters as the beginning of the year—that is, ranging from "regular" to "bad," according to the Atmospheric Monitoring System.

The question that arises, then, is WHY? 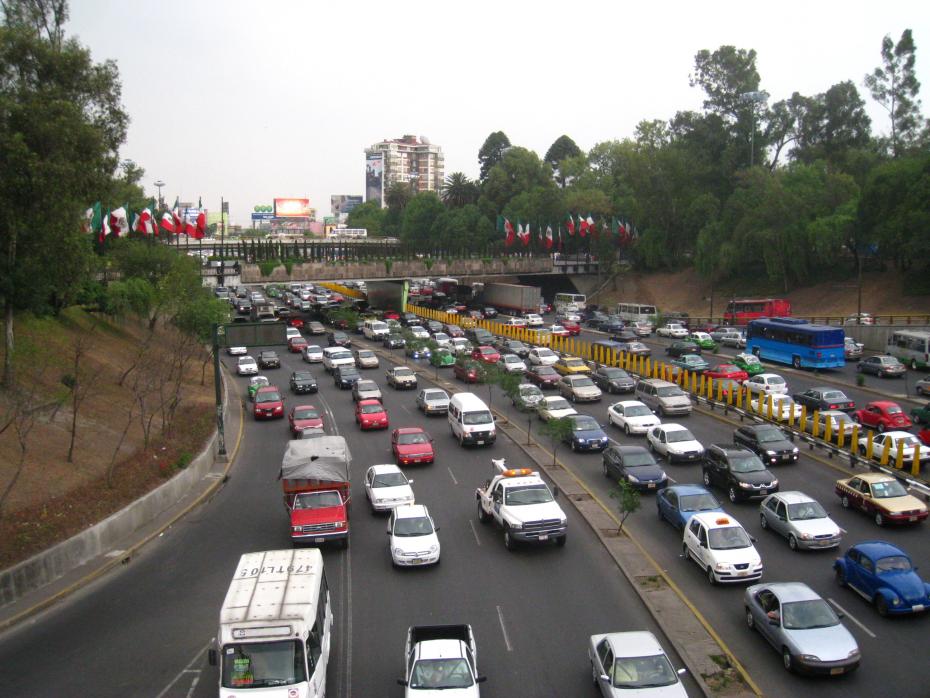 Tropospheric ozone is formed from the interaction of sunlight with "precursor gases," including volatile organic compounds and nitrogen oxides.

Now, there are three factors that actually affect air quality: weather conditions, topography, and concentrations of one or more pollutants at levels that can harm the environment and human health. These concentrations are measured by official monitoring systems, like the MCMA Atmospheric Monitoring System.

The World Health Organization establishes concentration levels of pollutants that should not be exceeded over a specific period.

For tropospheric ozone, the recommended value is 50 parts per billion (ppb) over an eight-hour average. But Mexican regulations are more lax and establish a lower limit for this compound: a concentration less than or equal to 95 ppb on an hourly average (that is, in a 60-minute time interval). In addition, to activate an environmental contingency for ozone, concentrations must be greater than 154 ppb (hourly average). This standard implies less protection for the population's health.

At the beginning of this year, the hourly ozone concentration in the Valley of Mexico averaged only 23 ppb, but it has risen since then. Despite the restrictions resulting from the health crisis, the average hourly concentration of ozone was 41 ppb in April and 45 ppb in May. Also, from January to May, 99 days were recorded in which ozone concentrations exceeded the 95 ppb limit. 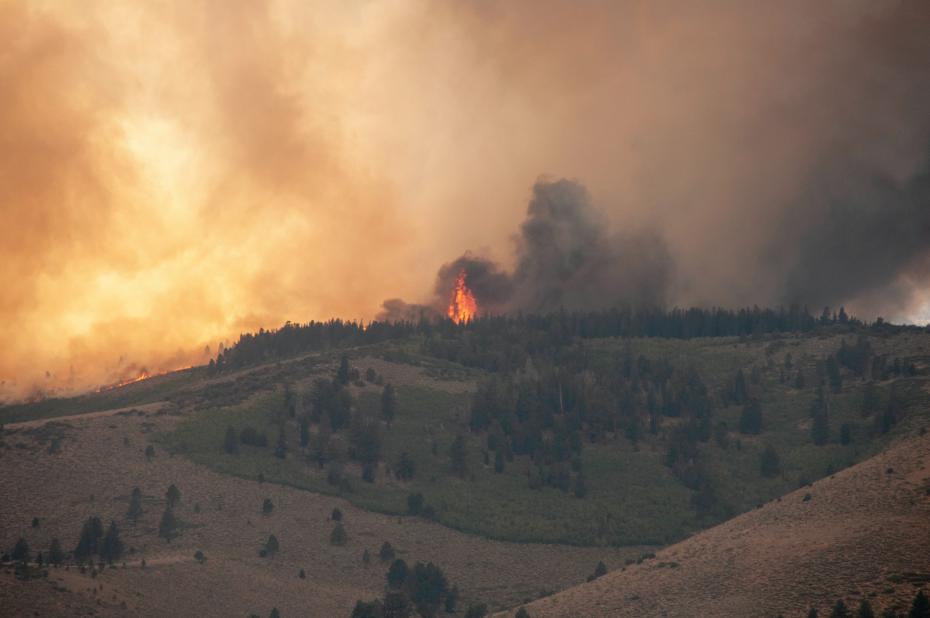 Why did concentrations of ozone increase?

The restriction on mobility during the health contingency was not adequate to decrease concentrations of ozone in the atmosphere for two reasons: first, the sources of this compound are not limited to the use of vehicles; and second, the period of social isolation coincided with the so-called ozone season, a time of the year when the concentrations rise due to the increase of solar radiation and the decrease of rain and wind.

As previously mentioned, tropospheric ozone is formed by the interaction of sunlight with precursor gases. Among these gases are nitrogen oxides—mainly generated by the combustion processes of automobiles, especially diesel engines—and volatile organic compounds, which arise from more diverse sources: the use of solvents, leaks of liquefied petroleum gas in heaters and stoves, cosmetic and cleaning products, and evaporated fuel in gas stations and automobiles without evaporative emissions control. According to official data, during social isolation, volatile organic compounds were only reduced by 15 percent, including all their emission sources.

On the other hand are forest fires, a major source of ozone precursor gases. From January 1 to May 3 of this year, in Mexico City alone there were 644 forest fires— lower in number compared to the same period in 2019, but equally as intense.

As for the ozone season, which begins the last week of February and ends with the first rains in June, the average temperature in the Valley of Mexico was higher this year. In April, it was 2°C higher than the average recorded in the same month between 1981 and 2010—the hottest April in recorded history. Because the temperature is directly related to solar radiation and lack of wind, its increase explains the higher ozone concentrations.

The sum of these factors contributed to the fact that ozone concentrations actually increased despite the restrictions established by the pandemic. This, in turn, led to the residents of the Valley of Mexico continuing to experience poor air quality and suffering its negative health impacts. 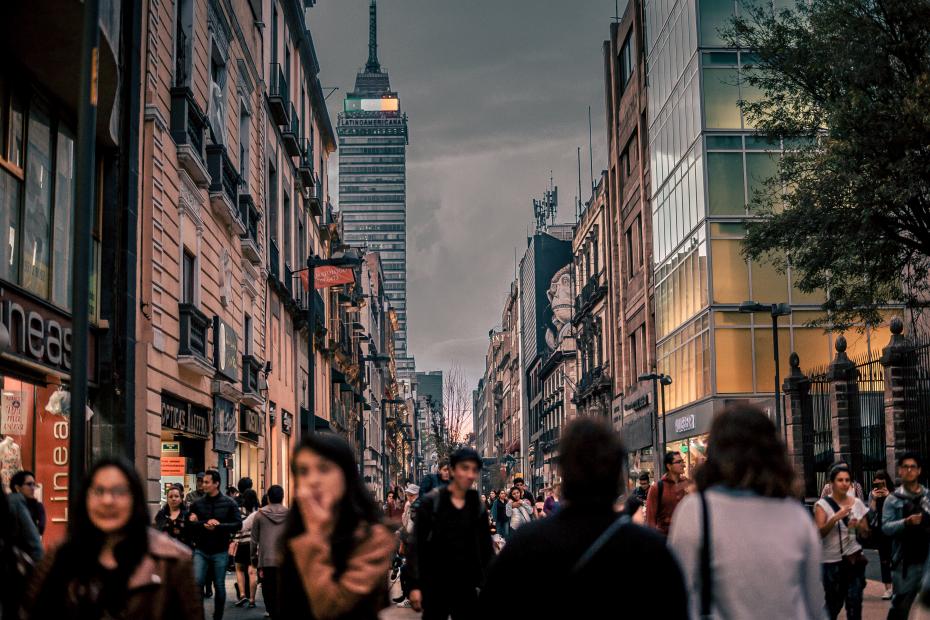 Why reducing ozone is good for public health and the climate

Ozone not only affects air quality and thus public health. It also has the ability to absorb sunlight and heat the atmosphere, meaning it is a  short-lived climate pollutant (SLCP).

Because its emissions aggravate the climate crisis, more than 11,000 scientists from around the world have highlighted the need to reduce SLCPs in order to rapidly combat global warming.

The intensity of the forest fires and the particularly high temperatures of this year's “ozone season” demonstrate the effects of the climate crisis that we are failing to adequately confront.

That’s why it’s imperative that the government implement actions to reduce emissions of precursors gases—not only during the health emergency, but also when we get through it, when motorized transportation (a source of nitrogen oxides) is reactivated.

Improved controls on the type of cars on the road, based on their polluting potential, and personal choices like biking, also recommended to reduce the risks of contagion, would help to achieve this objective, reduce global warming, and improve the health of those living in the Valley of Mexico.

In addition, society must commit to measures of regulation, communication and education that curb consumer habits and improve on the production and distribution of goods and services that continue to emit volatile organic compounds (another ozone precursor) on a daily basis. Restricting the production and use of aerosol products, as well as repairing and preventing leaks of liquefied petroleum gas, would help to reduce these emissions.

Finally, it’s necessary to strengthen the country's weak environmental policy and combat non-compliance with environmental health standards, which has resulted in an insufficient reduction in air pollution.

Mexican air quality standards must be updated to set stricter limits that are compatible with international standards and the protection of the human right to health.

The above are just some examples of actions that authorities and society can take to show that we have learned a lesson and will do what is necessary to improve air quality and face possible new health crises, as well as to combat the climate crisis that threatens to end the world as we know it today. 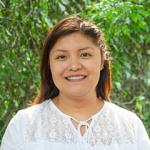