Each year, thousands of grey whales arrive to give birth to their young in the shelter of Ulloa Bay in Baja California Sur. It is a key location in the specie’s annual migration.

The rich marine ecosystem is also critical to blue whales, humpback whales and other threatened species, such as the loggerhead turtle, which seek food and shelter in the bay. Additionally, it’s home to species of commercial interest, such as clams, lobsters and shrimp.

But a serious threat looms over Ulloa Bay, and the animals and people who depend on its health. The Don Diego mine is set to extract, over 50 years, 350 million tons of phosphate sand from the seabed, in an area equivalent to 60 percent of ​Mexico City.

The whales and sea turtles that inhabit or transit the area rely on sound to communicate and find food. Large dredging ships used to extract phosphate sand will generate an enormous buzz, altering the environment in ways that modify marine mammal behavior and even threaten species survival. 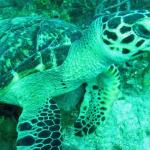 Mexico protects loggerhead turtles from the Don Diego mine 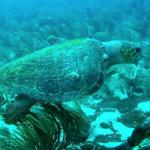 Progress on Protecting the Loggerhead Turtle!

By Gladys Martínez Significant strides were taken last week toward the conservation of loggerhead sea turtles. A new international resolution intends to strengthen protections for this endangered...read more 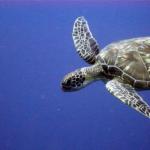 AIDA’s formal comments on the Environmental Impact Statement for the phosphate-mining project, proposed in a Baja California Sur bay, point to insufficient information about safeguards for the...read more