Leydy Pech, the guardian of the bees | Interamerican Association for Environmental Defense (AIDA) Skip to content Skip to navigation

Leydy Pech, the guardian of the bees

Robin Canul (for AIDA use).

Home » Blog » Leydy Pech, the guardian of the bees

“They’re part of my very being,” Leydy Araceli Pech Martin says of her bees.

She feeds them pumpkin candy, and she identifies with them. Seeing how they organize and work together to produce honey reaffirms her confidence in collective action.

In her native town of Ich Eq, a name that in Maya means “Star Eye,” families live in the same way: united and supporting each other.

Of all the objectives that Leydy shares with her community, perhaps the most vital is the defense of their territory and traditional ways of life—threatened now by growing deforestation and the toxic contamination of industrial agriculture.

The expansion of soy cultivation in Leydy’s town—located in the municipality of Hopelchén, in the Mexican State of Campeche—is killing large areas of tropical forest and indiscriminately spreading toxic pesticides through the land and water. It is harmful to both human health and the natural environment, particularly those ecosystems that depend on bees and, thus, beekeepers. 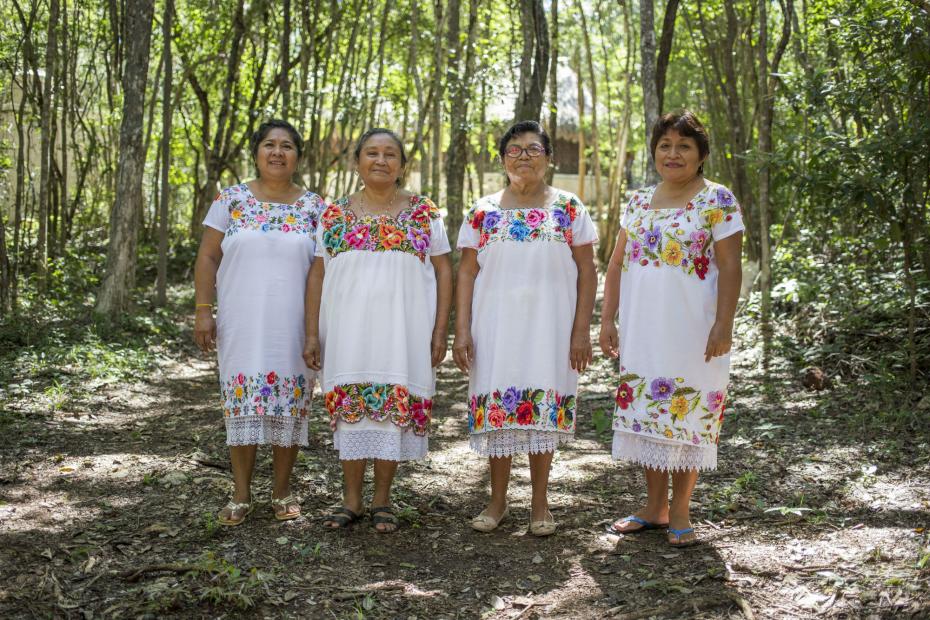 With a sweet look and a soft voice, Leydy is an agile woman. She does many things in a day, dividing her time between beekeeping, housework, caring for her mother and uncle, and keeping an eye on her son Diego Alberto, 17.

She also manages the shop of Koolel-Kab (“women who work with bees”), an organization she founded with other women from Hopelchén in 1995.

Together they breed and work for the preservation of melipona beecheii, a wild bee species that has been domesticated by the Maya people for hundred of years.  Using what the bees produce, the women make and sell honeys, soaps and creams in the organization’s store.

For Leydy, dedicating herself to beekeeping, a trade she learned from grandfather, which in the area is done mostly by men, has not been easy. She’s had to break down barriers.

“We live in a world where only men have been able to speak and make decisions,” Leydy explained. “I’ve broken with that and they’ve questioned me.”

At the beginning, the community underestimated the women’s potential.

“They told us we wouldn’t achieve anything,” she said. “But little by little we demonstrated our abilities. The men saw the results of our work and publically recognized that the organization is an example of struggle, and success.”

The women of Koolel-Kab work for the recognition of and respect for indigenous rights in the region.

Leydy says their struggle began when they realized that other people were making decisions about the territory and natural resources of their town, about job opportunities and quality of life for their youngest members.

Mennonites and industrial agribusiness have been cultivating genetically modified soybeans in Hopelchén, leading to mass deforestation and public health risks. The Mexican government authorized the cultivation without consulting affected communities.

Although Mexico’s Supreme Court has recognized this human rights violation, the illegal planting of GMO soy has not stopped and the sowing of traditional soy has expanded. In addition, the aerial fumigation of crops is causing a harmful mixture of chemicals to reach houses, water sources, and the flowers the bees rely on.

“I cannot sit idly by when I know what is happening,” explained Leydy, with the firmness that characterizes her. “It has become my responsibility. Not doing anything would be like betraying my own identity.”

Leydy is motivated by the search for justice.

Her organization of Maya women is part of the Collective of Maya Communities of los Chenes, which has presented national and international legal actions to stop the damages of agroindustry.

AIDA, together with partner organizations, supports their efforts and has taken the case, on behalf of the communities, before the Inter-American Commission on Human Rights. 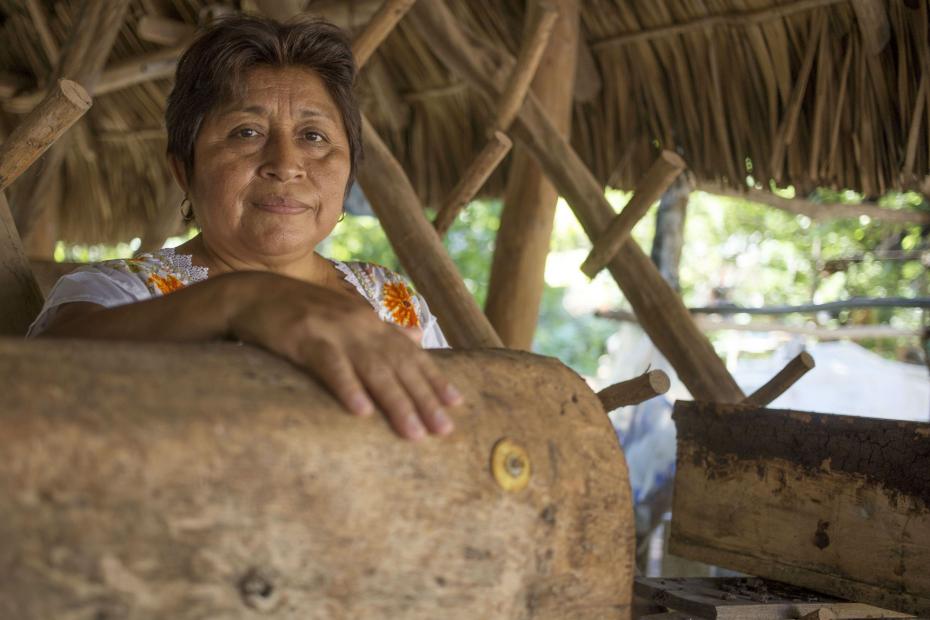 The strength of unity

Leydy is convinced that the strength of the Collective is its unity.

Those in the Collective work for the needs of their own communities, but are also in the process of seeing themselves as one—something that applies not only to the people of Campeche, but also to those of the nearby States of Yucatan and Quintana Roo.

“The Maya people are many, and everything that we’ve achieved is not for only one person, it is for all.”

Leydy shares her leadership and her natural ability for teamwork. Her son, Diego Alberto, is part of that effort. “He’s happy, he understands a lot about bees and has his own projects,” she says.

Like Diego Albert, other young members of Leydy’s family are choosing to dedicate themselves to beekeeping.

“That tells me I’m doing something right,” she says, proudly.