Listening to indigenous peoples to save the planet

Home » Blog » Listening to indigenous peoples to save the planet

More than 400 indigenous groups live throughout Latin America, many at home in the region’s protected areas, according to the United Nations Food and Agriculture Organization. Their ancestral knowledge of and connection to the natural world has been recognized as a way to guarantee a healthy environment and cope with climate change.  Yet society seldom listens to them to learn how to best protect our natural resources.

Pu’amé is a Cora expression that means “you first.” It’s used to give way to someone, but also as an expression of respect when someone is talking; it’s a way of saying, “Continue, I’m listening.” Julián López, a Náyeri indigenous leader who speaks Cora, explains this to me in a meeting with members of rural communities in Nayarit, México. I’ve come to listen.

During the meeting, pu’amé becomes a way of helping us pay attention and understand.

To listen to representatives of indigenous communities is to confront a different worldview, particularly for those of us who exist in the urban, western world. While our way of life is focused on consumption and dependent on exploitation, indigenous communities see the Earth as a source of bounty that requires care and gratitude; it provides them with food and health.

These conflicting visions have resulted in the incessant violation of indigenous rights, putting at risk not only their cultural integrity, but also their very lives.

To achieve real dialogue with indigenous peoples, you must understand them, Julián tells me, while teaching me a few words in Cora. 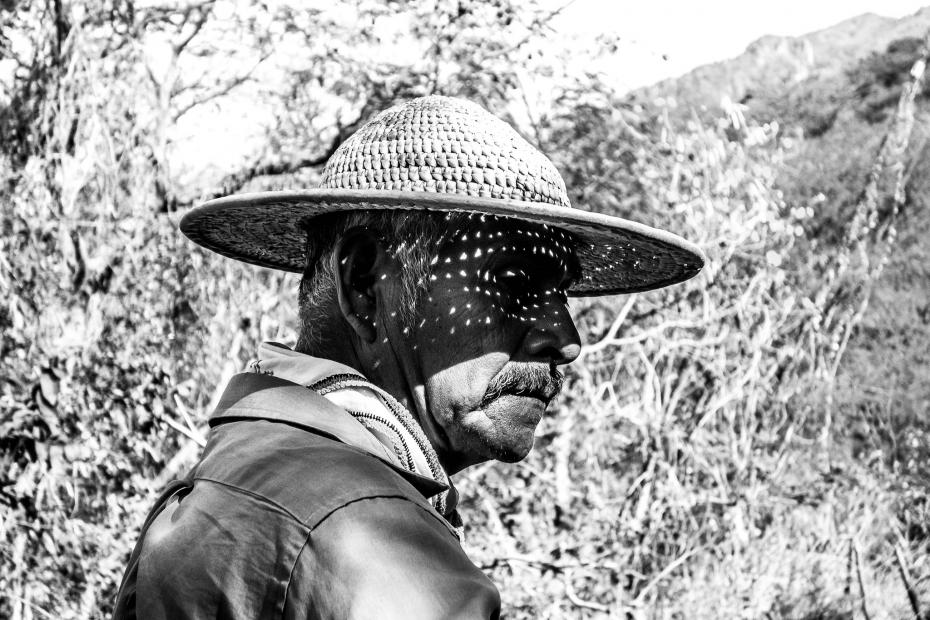 Representatives of rural Mexicanero and Cora communities from the upper and lower regions of the San Pedro Mezquital river basin have come to this meeting to discuss the Las Cruces hydroelectric project. Their concerns are many: if the dam, or any other sacred site, is constructed, what will be the fate of their children and their sacred sites? What will happen to the life of the river, the quality of the fish, and the natural balance?

Odilión de Jesús López, also Náyeri, expresses his concern that authorities “don’t value that caring for nature is for the good of all.” He questions the pushback he has received for defending the river and his community’s sacred sites. “How do we use sacred sites? We bring offerings, and give thanks for the good in life.”

Julián raises his hand and questions the conflicting ways of seeing development. “Development at what cost? We can’t compete with the way they see development, because what they see is money. We need to ask, what do we want in our villages?”

Julián reminds us all that real wealth can be found in clean air, in a river full of fish. But he also speaks of something else: poverty.

While it’s true that indigenous people want to protect their land and culture, Julián admits that inaction is not an option. There are families that can’t even fulfill their children’s basic needs: health, education and a balanced diet. But he also knows that won’t be achieved by destroying the world around them.

“What if we were trained to use forests sustainably?” he suggests. The representatives of the lower basin, almost all Mexicaneros, agree with him. They want to learn how to use the resources available downstream to ensure steady work.

Julián mentions something else that concerns us all: instability. He himself has been the victim of threats and harassment since he began opposing the dam.

During a visit to Mexico, the United Nations Special Rapporteur on the situation of human rights defenders pointed out that indigenous activists and environmentalists are the most criminalized defenders. Their work is often related to large-scale mining, energy and infrastructure projects.

Julián understands the situation of defenders throughout the region. He says that he doesn’t feel alone in the fight to protect the rivers, and he understands that risks are everywhere. “If they kill a defender in Colombia,” he says, “it harms us too.” 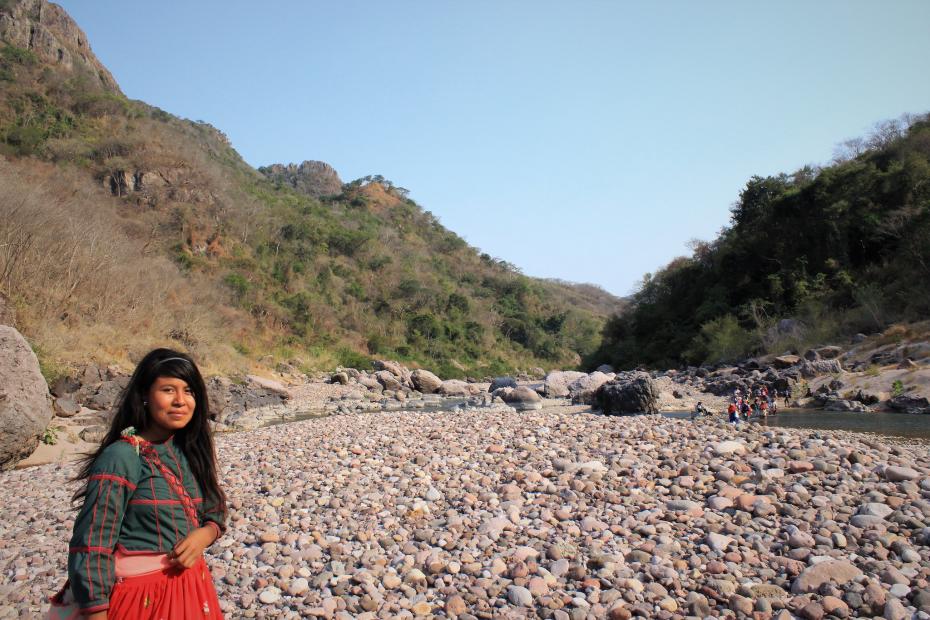 If the situation is complicated for indigenous men who seek to make their voices heard, it’s even more so for women who speak out in defense of their territory.

Marcelina López, a Náyeri leader, speaks softly, glances down at her hands, and shares how difficult it’s been to fight for her community. Then, with a clear and strong voice, she explains, “The authorities treat me badly because I am indigenous and a woman. Of course, we are poor and indigenous; but we are rich because of Mother Earth.”

Marcelina speaks of the little they have been consulted for development projects, of the purchase of consent through municipal services, and of the constant discourse that indigenous people don’t know how to see “beyond,” to see progress.

“What they don’t understand is that we choose not to exploit some things because we are afraid of contaminating, and the river always comes first,” she explains.

Gila de la Cruz, also Náyeri, timidly agrees with Marcelina. She tells us that, as a woman, she’s only been consulted on issues related to children. She says she has an opinion about the river, the services in her community, and the production of food; she mentions a drainage project that she and a large portion of her community disapprove of.

She asks us not to misunderstand her, but she believes things shouldn’t happen just because they’ve always been done that way. She’s worried that they haven’t explained everything. “What happens after they put the tubes in? Where does the water go, to the river? Why can’t we reuse the water?”

Gila’s complaint makes sense: the river could be at risk, the authorities don’t explain what they're doing, and then they scold her for questioning them.

“There are other options, I've seen them,” she says. “There are ways to be more sustainable and not contaminate the water. "

Angry now, she says that her opinions have not been heard because she is a woman.

Why we must listen to indigenous voices

All the representatives agree on one thing: they do not want to be seen as a closed opposition, without the desire to have a better life. They’re merely asking for dialogue.

Among their activities as peasants, artisans and fishermen, they’ve made time to organize themselves, to learn about their rights, to master a language that is not their own, and take their concerns to the relevant institutions.

They all agree that there are sustainable ways to better their quality of life without affecting the environment. Julián hopes that, ultimately, indigenous groups and authorities can reach a mutual understanding.

“Can we all work together—organizations, governments and indigenous peoples? I think so,” he says. Julián asks for training; he wants to learn about infrastructure, and about a socially responsible economy.

Gila and Marcelina have dedicated themselves to seeking more sustainable options to produce their food, to build something, to be healthy. "We just need to be taught," Gila says.

Humanity is going through a period in which it's become necessary to question all our schemes: our ways of consumption, of using resources, of seeking comfort.

Indigenous peoples have lived for centuries in a much more sustainable way than societies constructed under the ethos of the industrial revolution. They offer us, in many ways, examples and opportunities to learn again, to change and to improve.

"One day there will be a public space where there is no fear, where I can say anything," Gila says. She speaks about progress made in recent years, noting that they’ve been slowly gaining space.

"They should start listening to women,” she says. “They think we should be at home, but we’re here, organizing."

Marcelina adds, with satisfaction, "This is how you feel when you’re fighting for your life.”