Marismas Nacionales, the largest wetland in Mexico, is still at risk almost four years since the announcement of a proposed decree to protect it from threats such as major tourist developments. 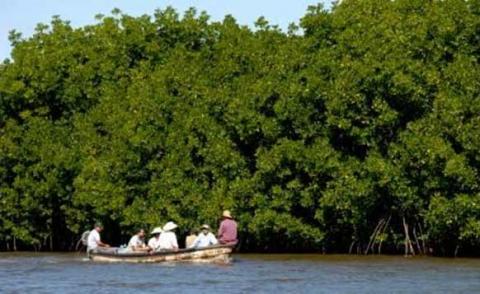 Mexico is the country with the largest number of sites designated as wetlands of international importance in Latin America and yet, surprisingly, these sites have not been looked after.

By signing up to the Ramsar Convention[i], the Mexican government made a commitment to draw up plans for, defend and promote the wise useof these ecosystems, as well as to expand its system of protected areas[ii].

Marismas Nacionales is the largest wetland in Mexico, located between the states of Sinaloa and Nayarit. It has been a Ramsar site since 22 June 1995, which means it belongs to the international system for the protection and regulation of wetlands of international importance.

The Recommendations of the Ramsar Advisory Mission from 2010 point out that although politically the ecosystem is pided into two different regions, ecologically the two sections of wetland have many things in common and therefore their management should be tackled as a whole.

The federal government has already protected the Nayarit portion of the wetland, but four years since the publication of an official Announcement of Decree on the Sinaloa Marismas Nacionales Biosphere Reserve, the procedures for the creation of this Protected Natural Area, which would cover 47,556 hectares of mangrove forest, are yet to be completed. 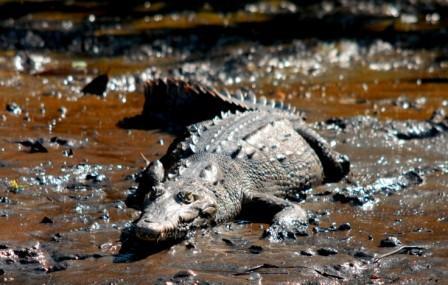 Meanwhile, the construction of massive infrastructure remains a threat to Marismas. The Pacific Coast Integrally Planned Centre – now known as Playa Espíritu (Spirit Beach) – and the Isla de Palma Development are both projects which put this site in jeopardy.

The first of these projects has obtained environmental permission to build a 10,000-room resort (although the official proposal involved 44,000 rooms), while the second includes plans to construct accommodation for 200 guests, located in a nuclear zone according to the Sinaloa Marismas Nacionales Biosphere Reserve.

The Mexican Secretariat of Environment and Natural Resources (SEMARNAT) justified its authorisation of the Integrally Planned Centre project explaining that the site had not been designated as a Protected Natural Area (or ANP by its Spanish acronym). It is currently studying the environmental impact study on the Isla de Palma development, but it is entirely possible that the argument of the effect it will have on a mangrove area and the habitat of highly migratory birds will not be enough to reject the application for environmental permission.

In its Sectoral Program for the Environment and Natural Resources 2007-2012, the federal government promised to increase the total area of land designated as belonging to Protected Natural Areas from 22 million hectares in 2007 to 25.6 million in 2012. But how can this conservation objective be realised if the sites which are expected to be declared Protected Areas at the end of the six-year program have not been “protected”?

The declaration of the Sinaloa Marismas Nacionales Biosphere Reserve is not the only decree of its kind to have been delayed: it is much the same story for La Sierra La Laguna and Balandra in Baja California Sur, Santuario Madera in Chihuahua and Ejido el Palmito in Sinaloa, to name but a few. 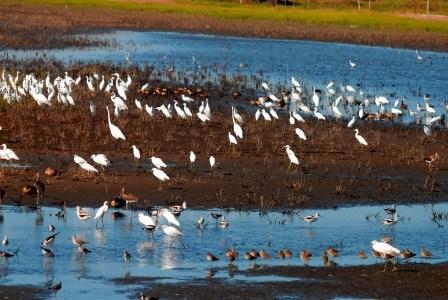 The lack of coordination amongst administrative entities and the disparate organs which make up the environmental sector, combined with insufficient planning instruments such as ANP decrees, prevent decision-making which would favour conservation.

Putting off these decrees is unjustifiable regardless of the fact that SEMARNAT’s legal department is swamped with ANP justification studies needing to be examined, or that there may be political reasons for delaying their approval.

Issuing a decree on Sinaloa Marismas Nacionales is one way of guaranteeing the constitutional right to a healthy environment, as well as fulfilling international obligations such as Ramsar. It also protects the economic activities of the communities which depend on this ecosystem.

[i] Ratified by Mexico on 20 December 1984 and published in the Official Gazette of the Federation on 24 January 1985.

[ii] Resolution IX. 22 of the Ramsar Secretariat on wetlands and systems of protected areas, 9th Meeting of the Conference of the Contracting Parties, Uganda, 8-15 November 2005.