Why fracking is not an energy transition

Home » Blog » Why fracking is not an energy transition

The current global health crisis is forcing society to reflect on our ever increasing need for change. It’s putting us face-to-face with the fragility and unfeasibility of an energy system based on fossil fuels.

This is  evidenced by the historic collapse of oil prices associated with lower international demand for hydrocarbons—due to measures adopted in response to the pandemic—as well as overproduction and speculation in oil contracts, among other factors. Demand for gas is also expected to fall by 5 percent, following a decade of uninterrupted growth.

Latin America is highly dependent on fossil fuels, both as an export commodity and for its own domestic consumption—88 percent of the energy used on the continent comes from nonrenewable resources.

Since 2010, governments and private businesses have been pushing for fracking, or hydraulic fracturing of unconventional deposits, due in large part to the overexploitation of conventional hydrocarbons.

Some countries describe fracking as a ‘bridge’ to reducing dependence on coal and petroleum as energy sources, claiming it gives them time to develop alternatives to fossil fuels.  Following this logic, fracking has been promoted as a step toward energy transition.

But how can a process that demonstrates a clear lack of economic, environmental, and social viability be labeled a transition?

Reasons to say “No!” to fracking

To resort to fracking is to continue to promote an energy system characterized by high private ownership and appropriation, the use of non-renewable resources, and negative impacts on affected populations and territories. What’s more, this system is defined by a great inequity in terms of access to, and use of, energy.

Hydraulic fracturing involves the injection of toxic substances into the subsoil, which can cause the contamination of aquifers and air due to the volatility of some compounds.

What’s more, leaks in the production and transport of gas and oil extracted vía fracking have been related to the increase in global emissions of methane, a pollutant responsible for about a quarter of all global warming. The technique also requires large amounts of water, which is especially relevant in a region that continues to confront serious problems concerning access to this basic resource.

The use of fracking affects the ways of life of communities, both in terms of health—due to toxic substances in the air, water and soil—and in the violation of human rights and democracy. Many communities, particularly indigenous ones, lack access to information and are not properly consulted on fracking projects in their territories. The damages may be more serious for women, aggravating previously existing structural inequities.

In economic terms, hydraulic fracturing requires large investments and, in order to be viable, it needs a market with high prices. In that sense, the unpredictability of oil prices makes it so that any nation that depends on hydrocarbons for its energy sovereignty is taking a dubious risk.

Also, in fracking the rate of return on energy is lower. This means that the extraction process demands much more energy that it can capture. All this results in an energy benefit that is sometimes non-existent, and in which profits come from financial speculation.

To promote fracking today would be to take a step backward, rather than forward. It simply does not meet the definition of a transition away from fossil fuels, and the logic of fracking has little to do with satisfying the social and economic needs of the people, among them environmental sustainability.

A Movement for Change

A growing number of organizations, institutions, communities and individuals throughout the Americas have organized to prevent the advance of fracking.

These joint efforts, like  the Latin American Alliance On Fracking, promote access to information and dismantle the position of businessmen and governments that claim fracking and more extractive activities are the only way out.

Initiatives have emerged that seek energy alternatives by promoting dialogue and creating working groups on a just transition.  Examples range from the experience of energy autonomy through small community hydroelectric plants in Guatemala, the Rio Negro Production and Energy Transition Working Group in Argentina, and the various experiences of Censat Agua Viva in Colombia, including a Social Working Group for a New Mining, Energy and Environmental Model.

Meanwhile, using legal and administrative mechanisms, several municipalities and communities in Argentina, Mexico, Brazil and Uruguay have prohibited or declared a moratorium on fracking in their territories.

These spaces of resistance and the construction of alternatives give us a roadmap to promote structural changes and to jointly confront our society’s health, economic, and climate crises. Only then can we move beyond a system in which what was once considered "normal" simply wasn’t working. 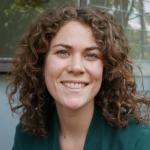 Camille Legrand is an intern with AIDA's Freshwater Program, working from Mexico City. She holds a Master's degree in International Development, with a focus on socio-environmental conflict and energy issues, from the Graduate Institute of International and Development Studies in Geneva, Switzerland. In Mexico, she has experience as a researcher on the development of wind mega-projects in Oaxaca and on water issues in Cuatro Ciénagas, Coahuila.