10 good news stories from 2022, for a sustainable future | Interamerican Association for Environmental Defense (AIDA) Skip to content Skip to navigation

10 good news stories from 2022, for a sustainable future

This year we saw important advances toward environmental justice in Latin America, and around the world.

We’re celebrating decisions at the local, national and international levels that help move us toward a more sustainable future for all.

We chose for you our top 10—stories that represent important advances for the protection of biodiversity, for the respect of human rights, for the recognition of indigenous and traditional populations, for responsible finance, for climate litigation as a tool for accountability, and for the hope of a just energy transition. 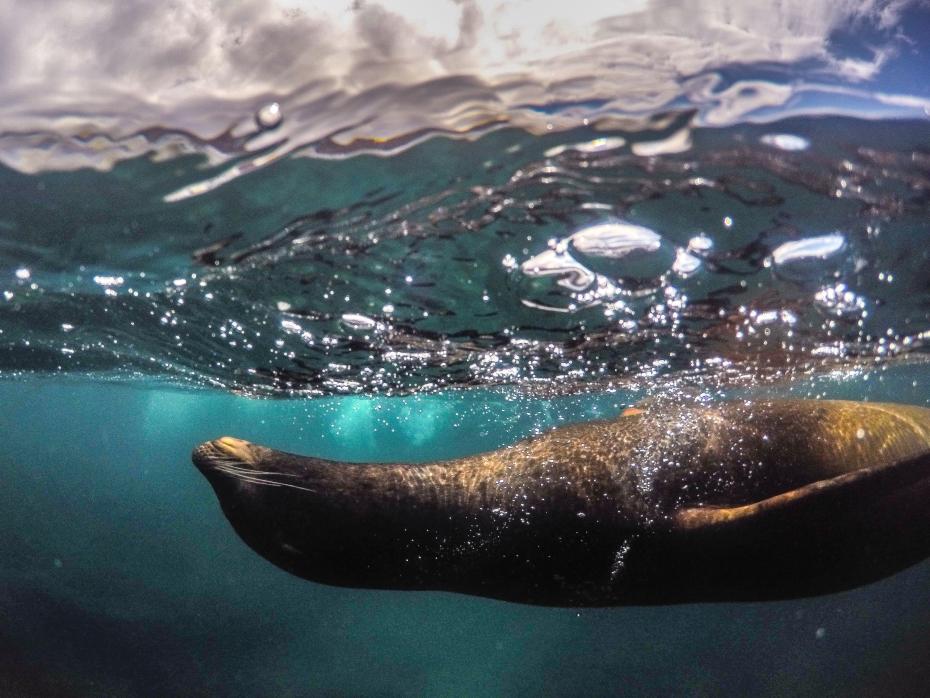 This year, through a national decree, Ecuador added 60 thousand square kilometers to the Galapagos Islands, the first site to be declared a UNESCO World Heritage Site.

The new area, called the Hermandad Reserve, creates a marine corridor between the Galapagos Islands and Cocos Island in Costa Rica that will serve as a safe passageway for the dozens of protected species that move through the area, including sharks, whales, turtles, and dolphins.

After the expansion, nearly 200 thousand square kilometers of the Galapagos have varying degrees of protection. Ecuador and Costa Rica have since called on Panama and Colombia to add protected areas to the new Reserve. 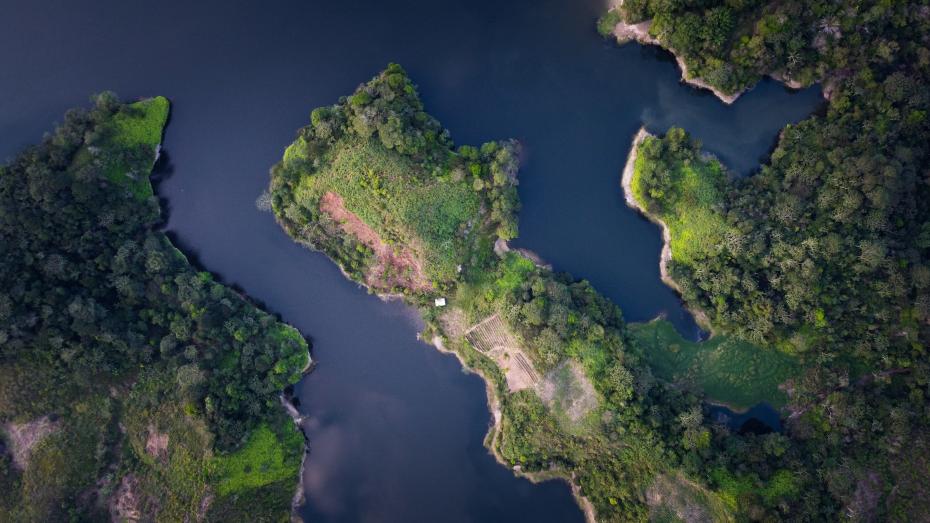 In February, the new government of Honduras declared the entire territory of the Central American country free of open-pit mining.

According to a communiqué from the Secretariat of Natural Resources, Environment and Mines, the decision was made following the principles of climate justice and with a view toward respecting and protecting natural resources.

Along these same lines, the government issued three other provisions: to cancel the approval of permits for extractive exploitation; to approve a mining moratorium through which environmental licenses, permits and concessions for metallic and non-metallic exploration and exploitation will be reviewed; and to intervene immediately in natural areas of high ecological value for their conservation. 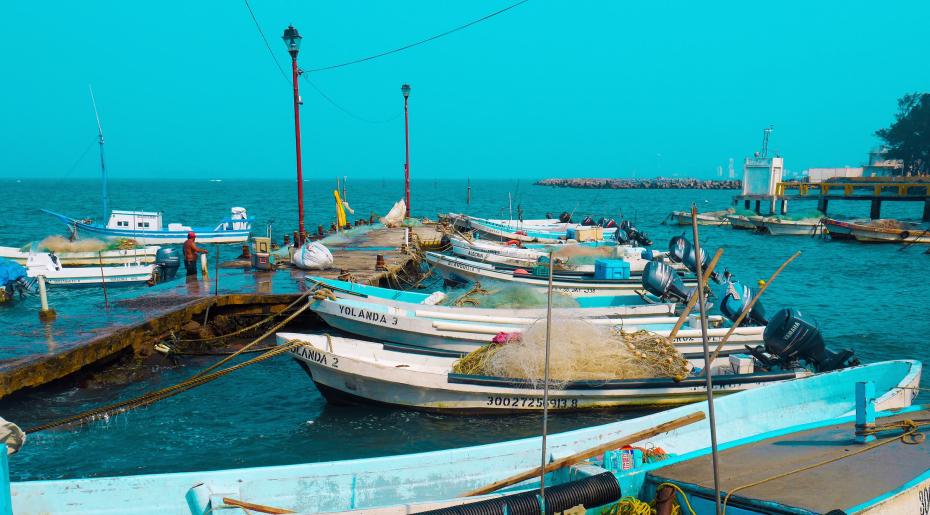 Residents of the coastal state of Veracruz and the Mexican Center for Environmental Law (CEMDA) won their case before the country’s supreme court to protect the Veracruz Reef, the largest reef system in the Gulf of Mexico. The Court unanimously recognized that the authorities violated the community's right to a healthy environment by approving the expansion of the Port of Veracruz.

AIDA and Earthjustice presented evidence for recognition of the human rights to a healthy environment and access to justice enshrined in international law. These rights obligate the Mexican government to allow anyone whose rights are threatened by environmental degradation to achieve justice regardless of whether their connection to the threatened ecosystem is indirect or remote.

This victory was a collective effort between organizations and the community, and sets a precedent for environmental justice in the region as the ruling points to Mexico's international obligations, including those under the Escazú Agreement. 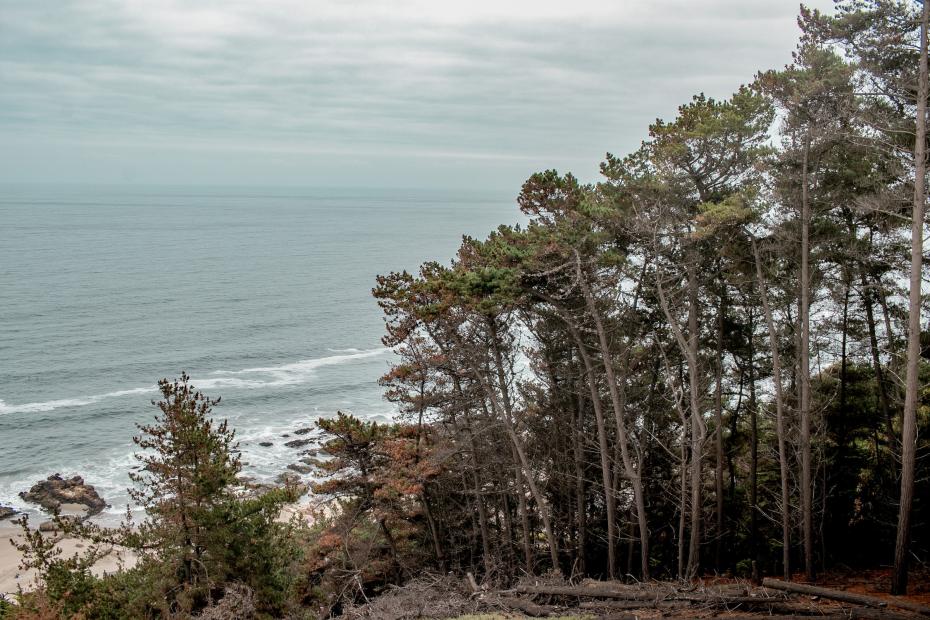 In June, Chile published the Framework Law on Climate Change, the first in its history, which assigns responsibilities for mitigating emissions and adapting to climate change. The law is the first in the region to establish a carbon neutral goal for 2050, which must be reviewed every five years.

In addition, faced with a wave of intoxications derived from pollution, the President announced the closure of the Ventanas Smelter in Valparaíso. Congress is currently considering a bill to approve the closure of Ventanas, which will be progressive. Both the company and the government have committed to not leaving workers without a job, to taking charge of environmental remediation, and to continuing to process small-scale mining minerals.

The corporation Enel also closed its last coal-fired power plant in Coronel, a region with a history of environmental conflicts due to impacts on the health and livelihoods of the community.

The cases of Enel and Ventanas remind us that decisions towards energy transition must be made respecting the rights of the people involved, both the community and longtime workers.

5. United Nations recognized a healthy environment as a universal right 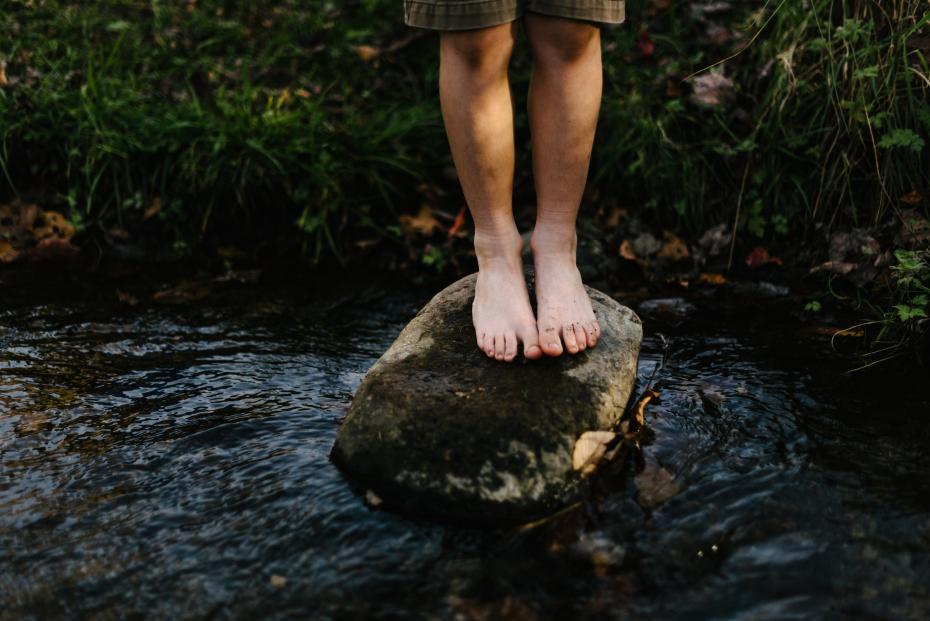 In July, in a historic resolution, the United Nations General Assembly recognized a safe, healthy, clean and sustainable environment as a universal human right. Since this right was left out of the Universal Declaration of Human Rights in 1948, the decision marks a milestone for international law, particularly in the area of human rights.

"This resolution conveys the message that no one can take away our nature, clean air and water, or deprive us of a stable climate," said Inger Andersen, head of the United Nations Environment Programme. "At least not without a fight."

This news was cause for great celebration at AIDA because the human right to a healthy environment has been the focus of our work since our founding. Costa Rica was one of the countries that led the proposal and that behind this milestone there are decades of work by organizations, movements and communities. 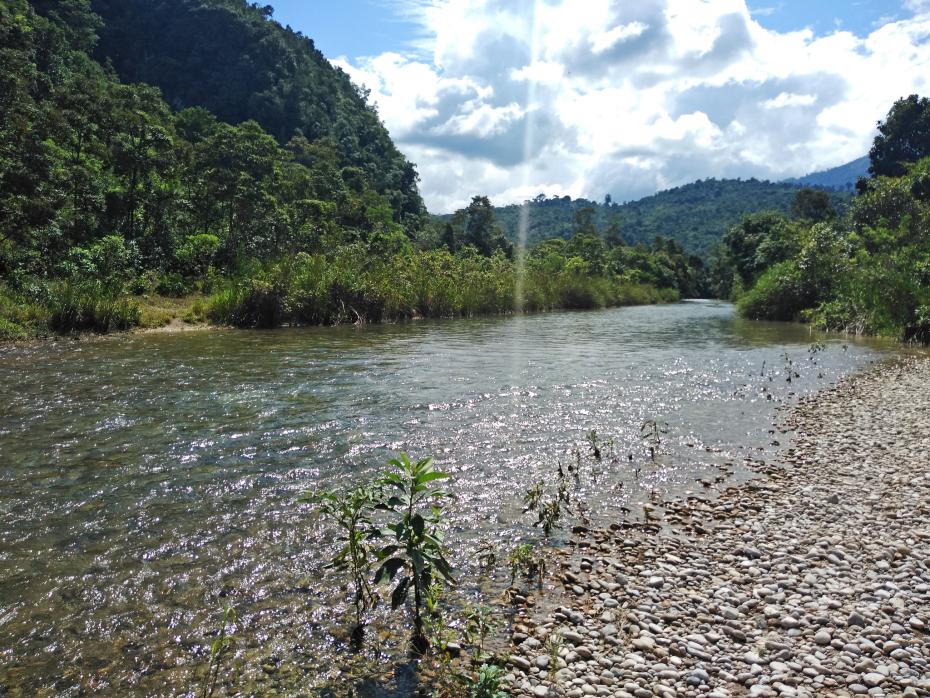 In Guatemala, Mayan communities filed a complaint about the damage that two hydroelectric projects caused to their territory, livelihoods and social fabric. The projects had received financing from the Inter-American Development Bank (IDB) Group. After the Bank's accountability office concluded that IDB Invest failed to comply with its operational policies and safeguards, the bank decided to withdraw its financing from the projects.

In addition to the divestment, and as a result of the complaint, the IDB Group developed a responsible exit plan for the first time in its history. This sets a historic precedent for all communities affected by investments by international financial institutions.

Although there are challenges for the implementation of the exit plan, the case is a great opportunity for the IDB to strengthen its policies as well as the monitoring and supervision of the projects it supports in order to avoid non-compliance with its guidelines. 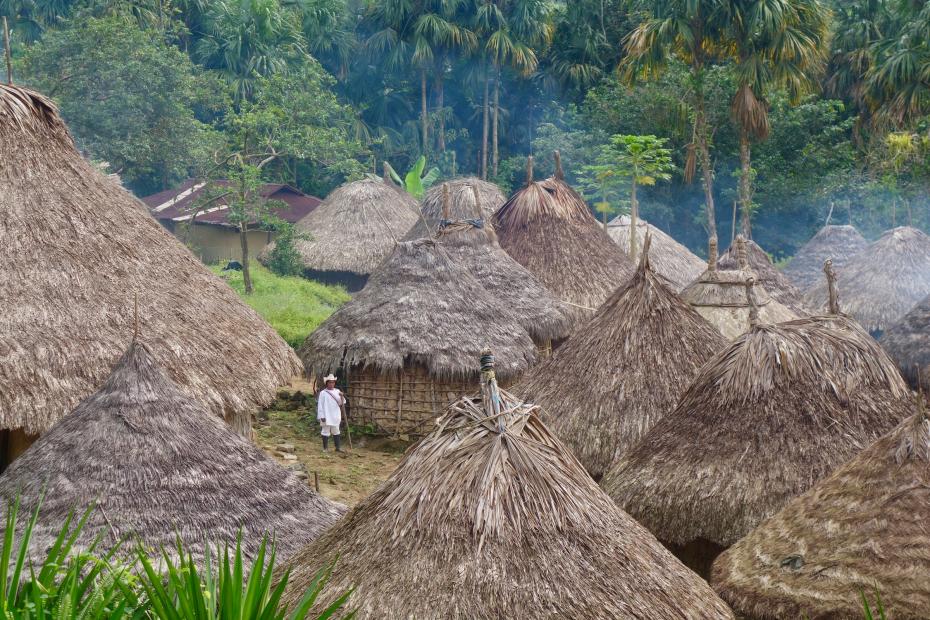 Despite the fact that indigenous and traditional peoples suffer constant violations of their human rights—often for protecting their own territory—this year their contributions, knowledge and work were recognized on various fronts.

In Colombia, the ancestral knowledge system of the Arhuaco, Kankuamo, Kogui and Wiwa indigenous peoples of the Sierra Nevada de Santa Marta was recognized as Intangible Cultural Heritage of Humanity by UNESCO.

In Brazil, Sonia Guajajara and Célia Xakriabá, indigenous women with environmental and social causes, were elected to Congress in the October general elections.

And, for the first time in Ecuador, Amazonian indigenous organizations received $2.5 million to finance conservation and deforestation reduction projects.

8. World leaders created a fund for climate loss and damage 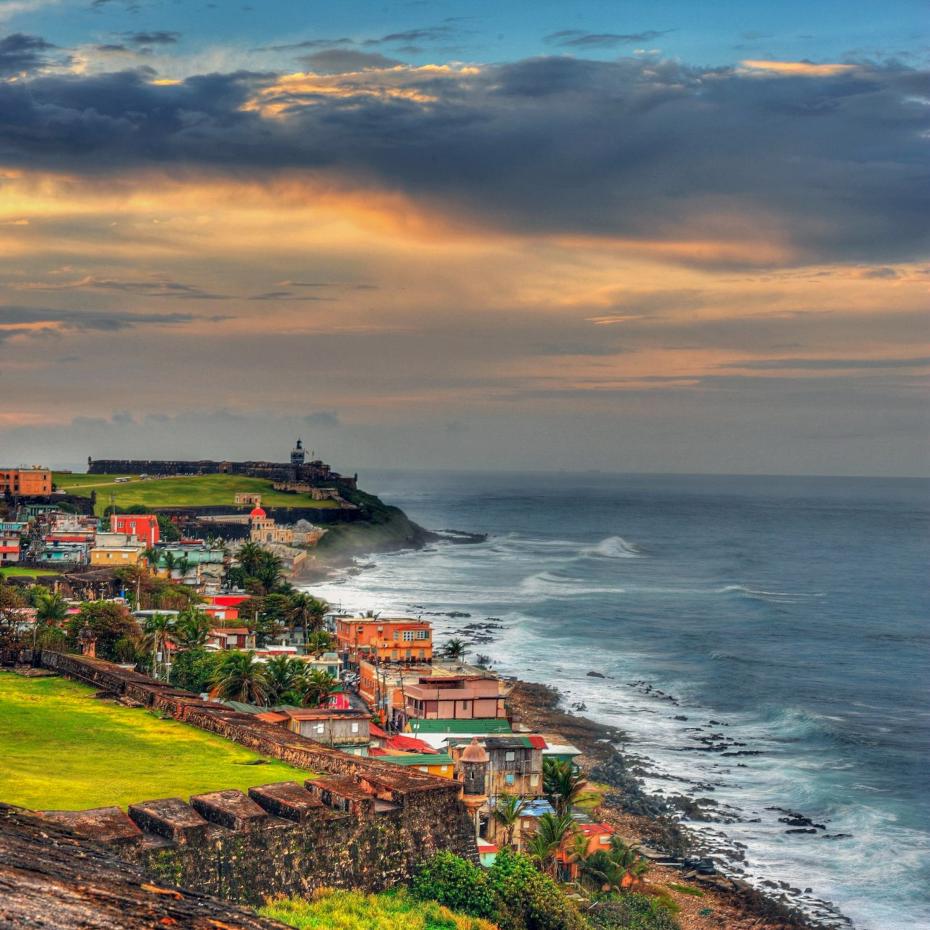 One of the strongest demands of the global South at climate summits had been the creation of a fund for losses and damages for the countries most vulnerable to the climate crisis. This year, at the 27th United Nations Climate Change Conference (COP27), a financing mechanism was finally created for this purpose.

This mechanism will seek to mobilize resources to complement existing ones, and calls for richer countries to contribute more. The decision adopted at COP27 also called on the World Bank and the International Monetary Fund to provide "financing solutions."

The details for the fund’s operation and for the inclusion of a human rights approach are a task for the next conference. 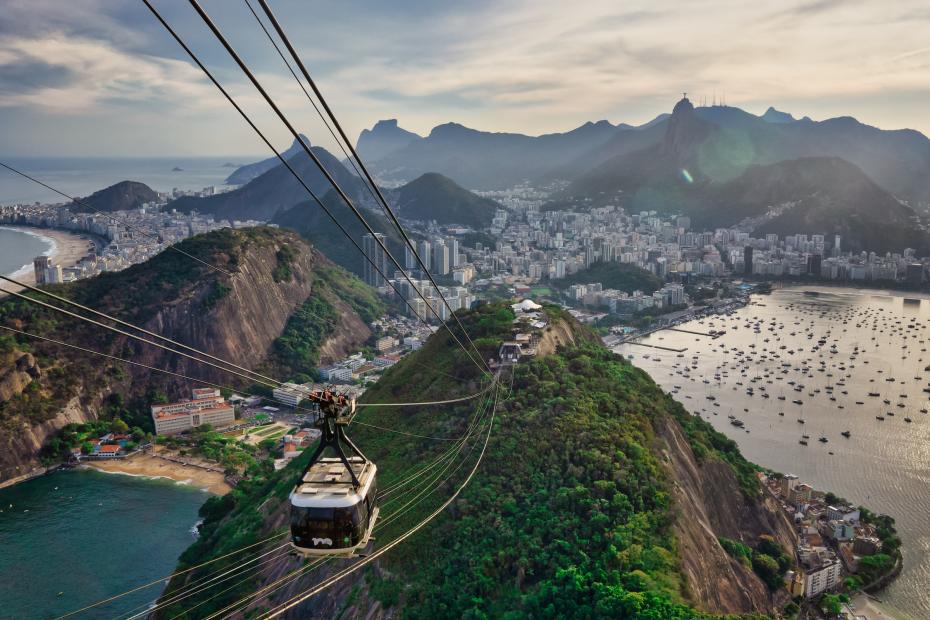 In 2020, four political parties and two civil society organizations filed a lawsuit over the Brazilian government's failure to provide resources to the federal Climate Fund. The case was resolved in July of this year, becoming the first climate litigation in Brazil's Supreme Federal Tribunal, the highest court in the country.

The court determined that the government has a constitutional duty to allocate the necessary economic resources for the operation of the Climate Fund, which had been paralyzed in recent years. In its findings, the court equated the Paris Agreement with a human rights treaty, which may give way for courts and judges in other Latin American countries to make the same recognition.

This case shows that strategic climate litigation is an effective and necessary way to demand that governments and companies in the continent comply with their climate commitments. 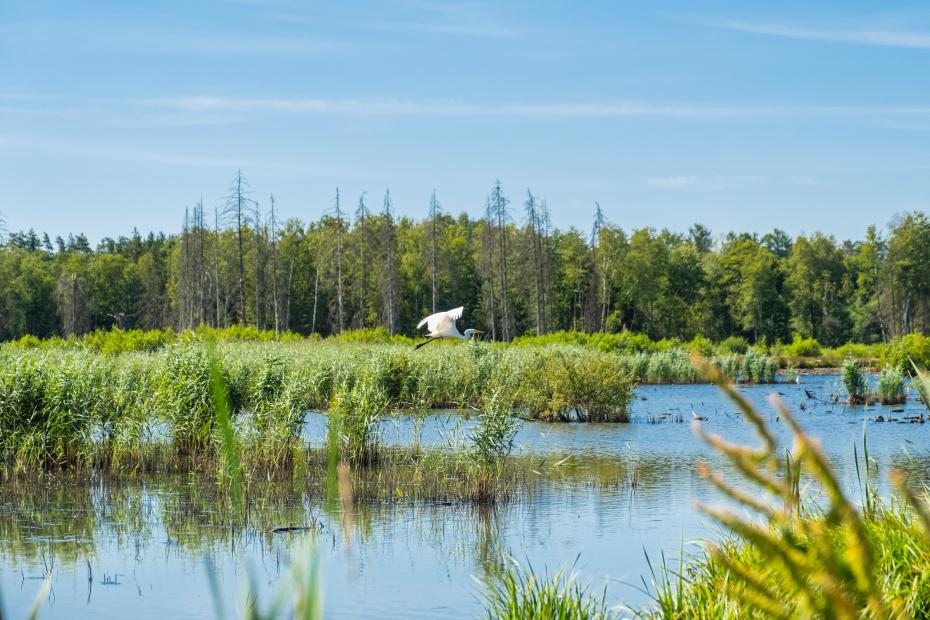 In December, roughly 200 member countries of the Convention on Biological Diversity adopted a historic agreement that seeks to reverse decades of environmental degradation and the resulting risks to the planet's species and ecosystems.

Gathered at the 15th United Nations Conference on Biodiversity in Montreal, Canada, the countries' delegates reached an agreement committing to protect at least 30 percent of the world's terrestrial and marine areas by 2030.

In addition, they agreed to provide at least $20 billion in annual international aid for biodiversity by 2025 and at least $30 billion by 2030.

Learn about AIDA's four most important achievements in 2022