Cigarettes once served to cure cough; lead-based makeup was fashionable; and DDT, a highly toxic insecticide, was used in gardens where children played. At the time, little was known of their grave impacts on health and the environment.

These facts may shock us now, but once they were normal. Cigarettes, lead, and DDT were widely believed to be more beneficial than harmful to humanity.

Thanks to science, we learned of their serious health and environmental impacts.

A photograph of a dam surrounded by trees is as misleading as the doctor-approved cigarette ads once were. In the last decade, we’ve seen that the damage dams do to communities and ecosystems is far greater than the benefits they provide.

At the end of 2016, researchers from Washington State University (WSU) concluded that reservoirs around the world, not just those in tropical areas, generate 1.3 percent of the total greenhouse gases produced by mankind. Dams, they found, are an “underestimated” source of contaminating emissions, particularly methane, a pollutant 34 times more effective at trapping heat than carbon dioxide.

These findings have not yet been properly absorbed. Large dams continue to be funded and promoted as clean energy. Some countries boast nearly 100 percent renewable energy, yet reports show that at least half of that is hydroelectric energy, produced primarily by large dams.

Even before WSU’s study was made public, the damage large dams do to communities and the environment was well documented.

Dams disrupt traditional lifestyles, and affected communities are forced to adapt to new environmental conditions, such as altered river flow and species migration. Many communities have also been victims of forced displacement and fall into poverty as a result.

In the Brazilian Amazon, the Belo Monte Dam provides a prime example of the ways dams cause negative impacts on both people and the environment.

At AIDA, we’ve worked hand-in-hand with the indigenous and river communities of the Xingu River Basin, who have seen the trees fall around them, the red earth spread like a stain across their forest, the fish disappear from their rivers, and their small islands submerged. For those living in Altamira, the city nearest the dam, living conditions also worsened significantly, with increased violence, substance abuse, and prostitution.

This story has been repeated thousands of times around the world. According to International Rivers, 57 thousand large dams had been built by 2015, disrupting more than half of the world’s rivers and causing the displacement of at least 40 million people.

What can we do? 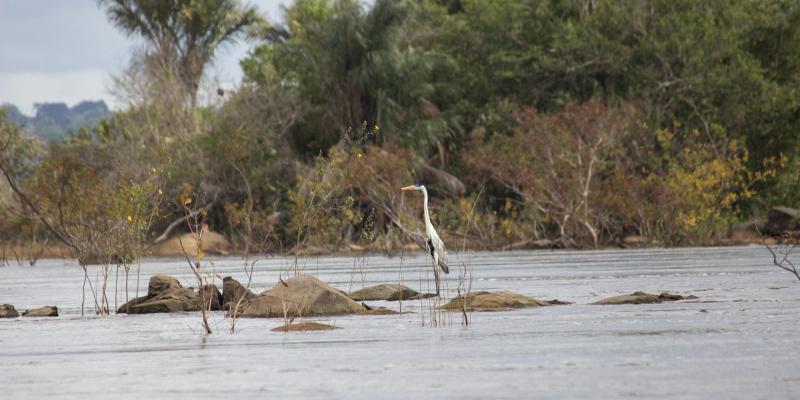 Although the WSU study may surprise governments and corporations that promote the construction of large dams, for the health of the planet the trend must be stopped.

Environmentally friendly alternatives exist, which do not imply the same social, economic and climatic impacts as dams.

Hope can be found in the Brazilian Amazon with the Munduruku tribe. Last year, their long fight paid off with the cancellation of a large dam project on the Tapajós River, the sacred waterway on which their lifestyle depends.

The decision to cancel the dam was backed with evidence of the impacts dams have on communities and ecosystems, exemplified by the case of Belo Monte.

Recently, the Munduruku gathered to discuss and find solutions for the threats they continue to face as development rages in the Amazon.

Solutions include the decentralization of energy sources, the promotion of small-scale projects, and solar and geothermal energy, all of which must be accompanied by adequate community-consultation processes. But they must be studied on a case-by-case basis and according to available resources, as what’s best for one community may not be best for another.

Funding must carefully evaluate which projects to support, analyzing in detail the potential socio-environmental impacts.

It may sound like people are making all the wrong decisions, but now is no time to be discouraged. We have the scientific information we need to care for our planet.

Societal changes prove that we can change our actions to prioritize our health. Why can’t we do the same for the health of our planet?

In the last several decades, the number of smokers has drastically decreased, we’ve stopped lacing makeup and other products with lead, and DDT has been regulated.

In terms of large dams, the solution lies in re-thinking the way we produce energy and prioritizing the preservation of our free-flowing rivers.