Since late August, oil has been registered at more than 500 points along 2,500 kilometers of coastline in northeastern Brazil. What began with the appearance of small black spots on some beaches quickly became huge stains that changed the color of the sand itself.

The spill’s origin remains unknown, as local organizations and communities organize to clean up their beaches.

Far from being resolved, the problem is getting worse every day. 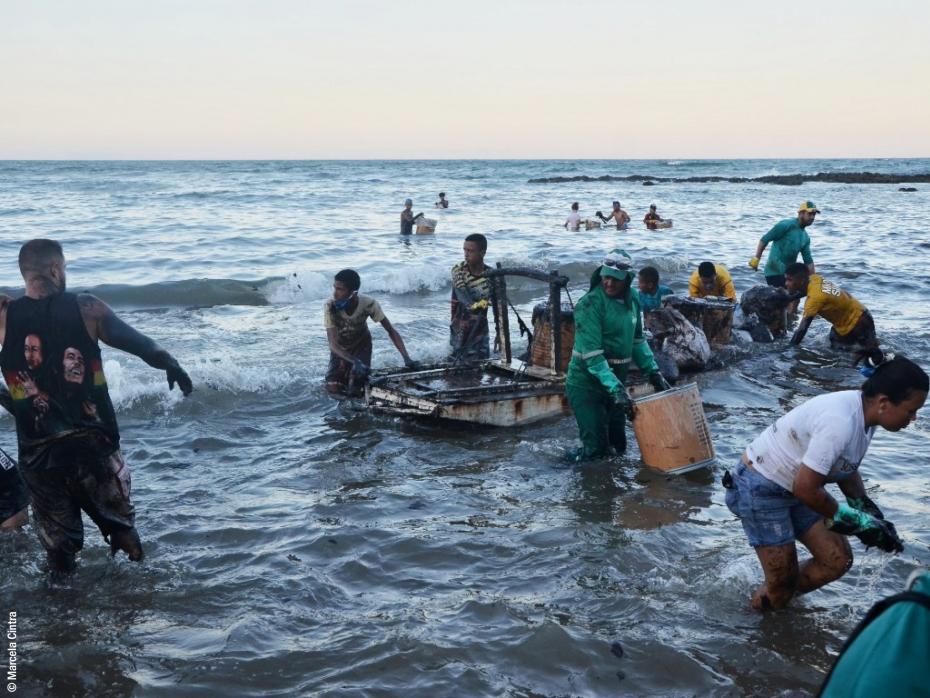 The oil’s advance is threatening the marine life in mangroves and coral reefs, both key ecosystems for the survival of species.

In addition, residents of the affected communities, who depend on tourism and fishing, have seen their lifestyles and economies threatened. Their health is also at risk due to the consumption of contaminated seafood and direct exposure to the spill.

Faced with the inaction of government authorities, the people have been cleaning the beaches and sea with their own hands. 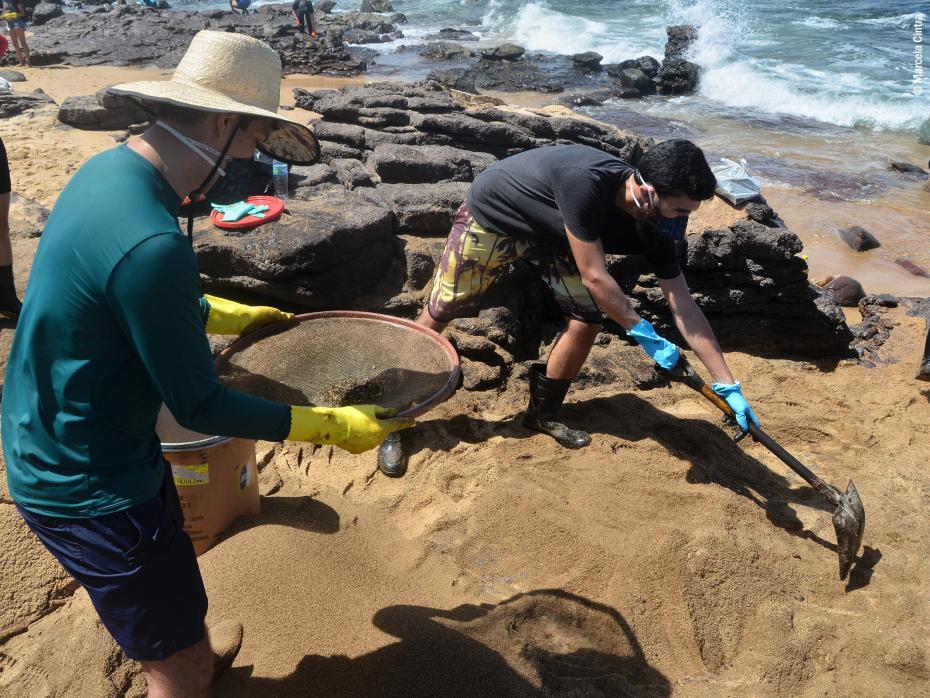 The spill itself, coupled with state neglect, violates the human rights of the inhabitants of the hundreds of affected beaches.

AIDA—together with the Projeto Publico Institute, Salve Maracaipe, Projeto Caribessa and Rede Minha Jampa—denounced these violations before the Inter-American Commission on Human Rights in an effort to urge the Brazilian government to respond to this social and environmental crisis.

Soledad García Muñoz, the Commission's Special Rapporteur on Economic, Social, Cultural and Environmental Rights expressed her solidarity with the Brazilian people and authorities in the face of the tragedy and called on the State to "take the necessary measures to avoid a bigger deterioration of the affected ecosystems, considering that the time, the resources and the way of acting focused on human rights are the key factors for the effectiveness of a contingency plan that the present situation deserves.”

She added: “the slower and partial are the measures adopted, more irreparable will be the damages for the Brazilian coast and its biodiversity, as well as for the quality of life of the people that live in these affected regions. It is necessary an urgent and sensible response in face of these serious events generated by the contamination, because that could also accelerate the effects of the climate change in the coast, mangroves, swamps and other ecologically vulnerable habitats.”