Who can protect us if the Inter-American System of Human Rights is weakened? | Interamerican Association for Environmental Defense (AIDA) Skip to content Skip to navigation

Home » Blog » Who can protect us if the Inter-American System of Human Rights is weakened?
4 June 2012

Who can protect us if the Inter-American System of Human Rights is weakened?

I’m writing from Cochabamba, where I’m attending the 42nd General Assembly of the Organization of American States (OAS). 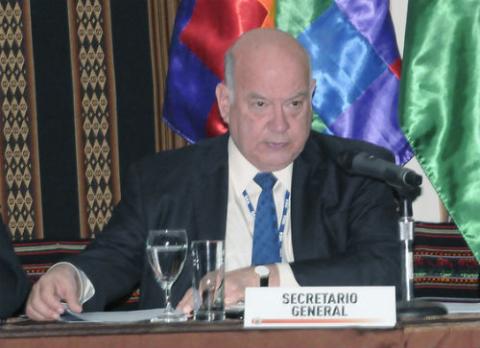 This is the first time I have come to Bolivia and to a General Assembly. I am here to support our efforts to truly “strengthen the Inter-American System” and to stand against proposals from OAS member states that could limit the independence and effectiveness of the Inter-American Commission on Human Rights (IACHR).

Our goal is to preserve the autonomy and role of the IACHR, and, thus, to guarantee human rights in the region: To protect our rights, yours and mine.

Here’s a summary of what is a complex story. A number of member states launched an effort to strengthen the Inter-American System of the Protection of Human Rights in 2011, two years after the IACHR and the Inter-American Court of Human Rights modified their rules of procedure. This effort is a direct response from several member states after the IACHR brought up concerns about human rights in their countries.

A working group was then created last year to evaluate how the Inter-American System of Human Rights could be “strengthened.” The group produced a report that the Commission has responded to and that NGOs like ours will also comment on.

A few days ago, the Secretary General of the OAS, José Miguel Insulza, published a report on the subject. Personally, I think it is inadequate because several of his recommendations will actually weaken, and not strengthen, the system. For example, he says there is “a loophole in the statute of the commission on the figure of the precautionary measures that could be filled by... the General Assembly of the OAS.”

It is worth mentioning that it is the IACHR that determines its own rules, a way to ensure its independence.

Insulza’s report left out issues he’d been asked to address, such as options for improving the financing for the Inter-American System. Based on his recommendations, the result would be contrary to the same objective that Insulza and member states have set as their main goal. Fortunately, Insulza in his declarations during the General Assembly dismissed some of the recommendations that could have drained the strength of the Inter-American Human Rights System.

The important points of the “strengthening” process that will be discussed at the General Assembly in Cochabamba – and no doubt afterwards – include: 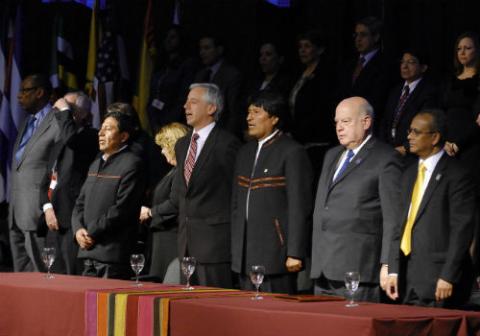 To understand this process it is important to know the motivations that have prompted member states to push for these changes. Coincidentally, states like Brazil, Colombia, Ecuador, Peru and Venezuelawant “to strengthen” the system precisely when the IACHR has handed down important decisions against them, namely:

1. It has called on Brazil to suspend construction of the Belo Monte dam in Brazil for violating indigenous rights and threatening the environment,

2. The Report on Democracy and Human Rights in Venezuela exposed serious violations,

3. The severe human rights violations in Colombia have been included a number of times in Chapter IV of the commission’s annual report,

4. Ecuador has been questioned multiple times by the Special Rapporteur for Freedom of Expression, among other examples.

A Conflict of Interests

If we put this differently and speak instead of member states but of a director whose organization is about to hire a close relative, there would be no doubt that this would be declared incompatible because of a conflict of interests. Or, put even more plainly, if a referee was assigned to the final of the World Cup of Soccer and he had the same nationality as one of the teams, then obviously there would be protests from the other team.

These impediments don’t exist in the OAS. The same member states against whom the complaints are made by the IACHR can modify its functions through the General Assembly. It is exactly for this reason that restraint is required even when they don’t agree with the System’s decisions.

It is vital that the states respect the independence of the Inter-American System in discourse and practice. They must reiterate their compromise with the agreements dating back more than 60 years and support the bodies that were created for the very purpose of guaranteeing justice in cases of human rights violations. (This text in Spanish)