Preserving the legacy of the Sierra Nevada de Santa Marta, Heart of the World | Interamerican Association for Environmental Defense (AIDA) Skip to content Skip to navigation

Home » Preserving the legacy of the Sierra Nevada de Santa Marta, Heart of the World

Preserving the legacy of the Sierra Nevada de Santa Marta, Heart of the World

Rising abruptly from Colombia’s Caribbean coast, the Sierra Nevada de Santa Marta reaches 5,775 meters (18,946 ft.) at its highest points, the peaks of Bolívar and Colón.  It is the highest coastal mountain system in the world, a place where indigenous knowledge and nature’s own wisdom converge.

The sheer changes in elevation create a wide variety of ecosystems within a small area, where the diversity of plant and animal life creates a unique exuberant region. The melting snows of the highest peaks form rivers and lakes, whose freshwater flows down steep slopes to the tropical sea at the base of the mountains.

The indigenous Arhuaco, Kogi, Wiwa, and Kankuamo people protect and care for this natural treasure with an authority they have inherited from their ancestors.  According to their worldview the land is sacred and shared in divine communion between humans, animals, plants, rivers, mountains, and the spirts of their ancestors.

Despite this ancestral inheritance, development projects proposed for the region have failed to take the opinions of these indigenous groups into consideration. The Sierra Nevada de Santa Marta is currently threatened by 251 mineral concessions, hydroelectric projects, agriculture, urban sprawl, and infrastructure projects.

Many of these concessions were granted without the prior consultation of the indigenous communities, which represents a persistent and systematic violation of their rights.

Mining, which implies the contamination and erosion of watersheds, threatens the health of more than 30 rivers that flow out of the Sierra; these are the water sources of the departments of Magdalena, César, and La Guajira.

These threats have brought this natural paradise to the brink of no return. With it, would go the traditional lives of its indigenous inhabitants, who are dependent on the health of their land and the sacred sites it contains.

The Sierra hosts the archaeological site of la Ciudad Perdida, the Lost City, known as Teyuna, the cradle of Tayrona civilization. According to tradition, it is the source from which all nature was born—the living heart of the world.

The four guardian cultures of the Sierra are uninterested in allowing this natural and cultural legacy to disappear. 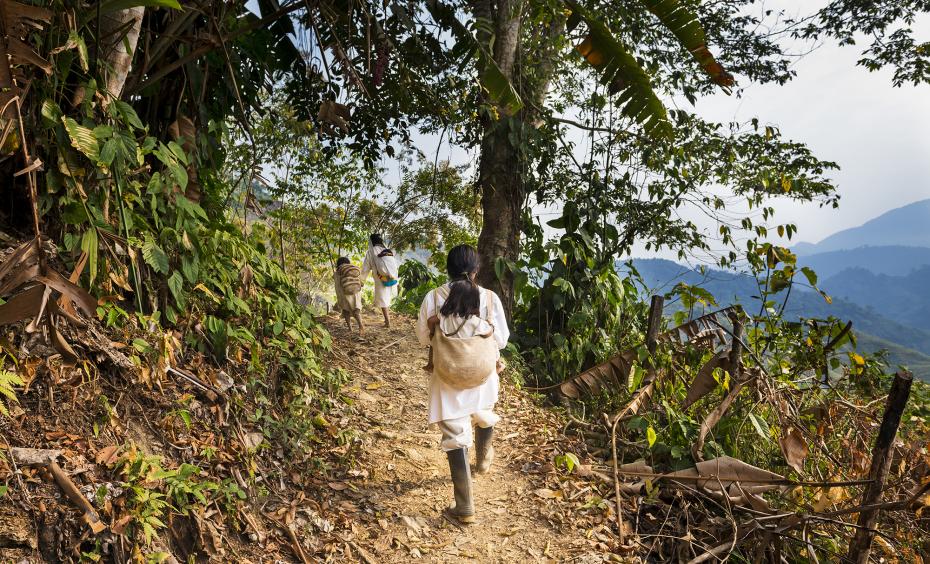 Preserving the legacy of the Sierra Nevada de Santa Marta, Heart of the World
Preserving Bolivia’s High-Andean lakes, sources of life
Mayan women’s struggle before the Inter-American Development Bank in Guatemala
Supporting Cajamarca’s fight to defend its territory from mining
Saving the San Pedro Mezquital River from a destructive large dam
Holding Brazil accountable for the Belo Monte Dam
Seeking justice for communities affected by the Hidroituango dam
Halting the implementation of large dams in the Americas
Supporting Mayan beekeepers in their struggle against GMO soy