As changes in climate become more extreme, their affects are being hardest felt throughout developing countries. Since 1994, the United Nations Framework Convention on Climate Change has laid out actions to limit the increase of global average temperatures and confront the impacts of climate change.

The States that are Parties to the Convention meet every year in the so-called Conference of the Parties (COP) to review their commitments, the progress made in fulfilling them, and pending challenges in the global fight against the climate crisis.

At COP21 in 2015, they adopted the Paris Agreement, which seeks to strengthen the global response to the climate emergency, establishing a common framework for all countries to work on the basis of their capacities and through the presentation of Nationally Determined Contributions (NDC) that will:

THE CLIMATE CRISIS AND HUMAN RIGHTS

The climate crisis, due to its transversal character, has repercussions in various fields, geographies, contexts and people. In this regard, the Preamble to the Paris Agreement states that it is the obligation of States to "respect, promote and fulfill their respective obligations on human rights, the right to health, the rights of indigenous peoples, local communities, migrants, children, persons with disabilities and people in vulnerable situations and the right to development, as well as gender equality, the empowerment of women and intergenerational equity."

AIDA at the COP

At COP25 in Madrid, Spain, we advocated for the inclusion of the human rights perspective in various agenda items. We promoted the incorporation of broad socio-environmental safeguards in the regulation of Article 6 of the Paris Agreement, which refers to carbon markets. We closely followed the adoption of the Gender Action Plan, as well as the Santiago Network, created "to catalyze technical assistance […] in developing countries that are particularly vulnerable to the adverse affects of climate change." We also encouraged the inclusion of ambitious and measurable targets for the reduction of short-lived climate pollutants in the climate commitments of States.

Advocating before the Green Climate Fund
Stopping the spread of fracking in Latin America
Preserving Bolivia’s High-Andean lakes, sources of life
Seeking justice for communities affected by the Hidroituango dam
Protecting herbivorous fish, to secure a future for corals
Supporting Cajamarca’s fight to defend its territory from mining
Halting the implementation of large dams in the Americas
Defending the Veracruz Reef from a port expansion project
Organizing the Network for Environmental Justice in Colombia 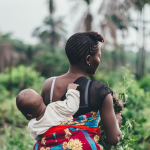 Global South statement on climate finance ahead of COP27

COP27 must reach agreements for an equitable, sufficient and sustainable finance that ensures a just transition.read more 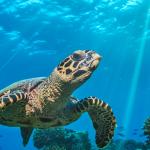 Three major opportunities to save the ocean and the climate

Despite being delayed due to the pandemic, these international negotiation processes still represent important windows of opportunity to save the ocean, the climate and our future.read more 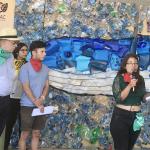 Citizens, researchers, activists and community representatives reflected together. From their shared experiences, they demonstrated that the social crisis in Chile is also an environmental crisis.read more